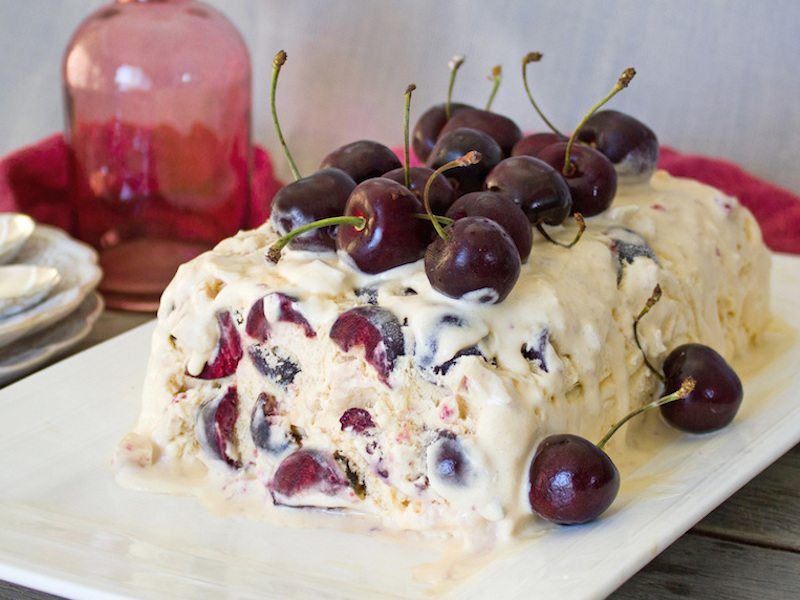 It’s full on summer here in Kiwi-land, where we’re currently enjoying a very temperate 25-30 degrees celsius. I’m quite partial to semifreddos – a semi-frozen Italian dessert that tastes pretty much like ice cream, though the texture isn’t as dense. And, unlike ice cream, you don’t have to make a custard and you don’t have to churn it – in fact it’s surprisingly quick to make.

Given cherries are in their all too brief season, I decided upon this recipe from New Zealand’s Food magazine, (Feb/Mar 2014, Issue 75), which pairs fresh cherries with white chocolate. It’s fair to say that this is a sweet ice cream, but the cherries do provide a nice tart contrast.

One suggestion I’d make, if you intend to slice this like a cake, is to more finely chop the cherries – the half cherries were a bit bulky and made the slicing a bit challenging. Otherwise, you can always simply scoop the ice cream instead. 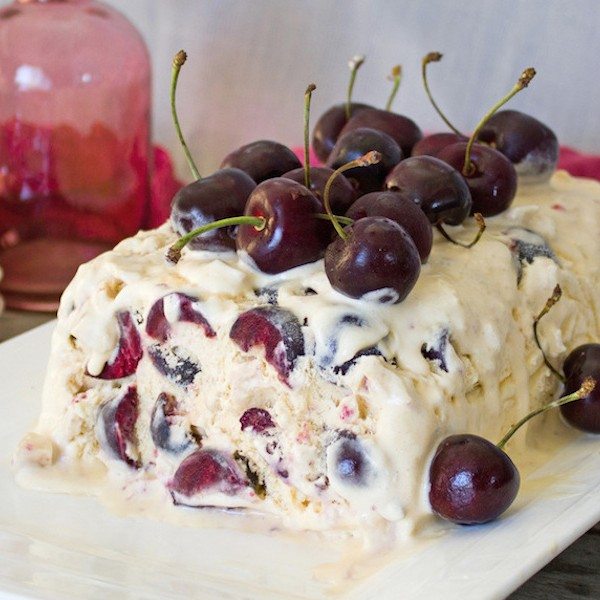 Susan Knaap
Similar to gelato, but without the churning, this cool dessert is sure sweet, but tart cherries bring the perfect touch to round it out. Adapted from New Zealand’s Food magazine.
Print Recipe Pin Recipe
Course Dessert
Cuisine Italian-Inspired
Servings 8 servings