Buy the best piece of hog you can afford, and serve it with a delicious chimichurri sauce and seared brussels sprouts.
By Diana Bauman 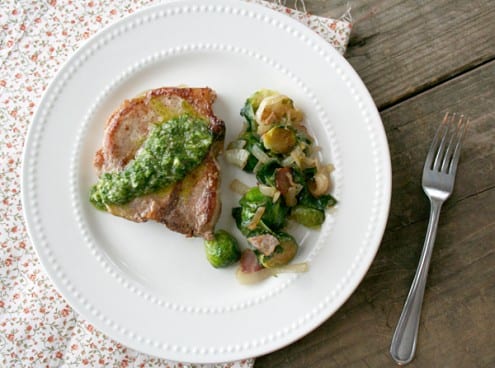