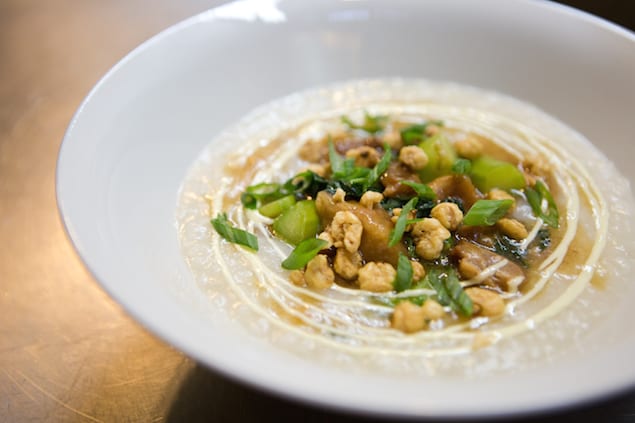 The traditional rice porridge is back in style and Seattle’s Kraken Congee is bringing the comforting dish straight to the people with fun toppings like pork belly adobo, sake cured salmon, and wild mushrooms with crispy tofu. Dare we say congee is the new ramen?
By Annelise McAuliffe 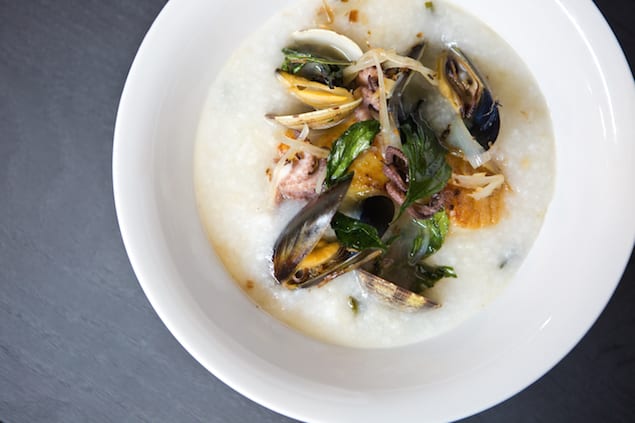 Chefs Garrett Doherty and Shane Robinson launched Kraken Congee with the help of Tim Love after being featured on the TV series Restaurant Startup. Beginning first as a pop-up and now with their own permanent location, Kraken Congee is anything but basic. And why would it be when its namesake and mascot is a mythological, giant sea monster?

Rice gruel? That doesn’t sound exciting. Just wait! Easy to cook and even easier to eat, congee, also known as jook, lugaw, or porridge, has been made as a side and main dish for hundreds of years in different varieties in countries around the world. All it takes is a pot of water and rice to make this hearty porridge. To learn more about the versatile dish we grilled Garrett Doherty and Shane Robinson about their congee creations and how to make it at home.

After completing culinary school, Garrett and Shane chose to start a congee-serving pop-up. When there are a million well-loved foods in America, why did they decide on serving the less-familiar congee? After soccer games in Seattle’s International District the two would go out to eat and usually order congee. “It was such a simple dish, yet delicious and comforting – a neutral base that could be built in any direction imaginable. Being that every Southeast Asian country in the world eats rice porridge in some form, there could be influences and flavors pulled from so many different cultures,” they said.

Many cultures have a filling staple, whether is rice, pasta, bread, or tortillas, it serves as a blank canvas for the base of the meal. It is perfect to build off of and experiment with. Learning the basics of congee from the restaurants serving more traditional bowls, Garrett and Shane set out to make congee a base for fusion foods while highlighting many different cuisines in one place. Plus, the versatile rice dish is simple to make and easy to please a wide variety of eaters with its many topping options.

Easy to digest, congee has long been seen as a mild food perfect for when you are sick. Kraken Congee agrees and totes the dish as a cure for the common cold and hearty enough to soak up last night’s drinks. Garrett and Shane divulged that “if” they were ever to be hungover, they would definitely order their Pork Belly Adobo on Lugaw with a runny egg on top. A creamy, comforting bowl with just enough fat and flavor after an evening of debauchery.

We love that you can get wild with congee flavor combinations and Kraken Congee is not afraid to do just that. In the past, they even served a dish inspired by the Hawaiian tradition of making congee with left-over turkey after Thanksgiving. A mixture of the traditions of the Chinese immigrants and American culture, the bowl had smoked Diestel Ranch turkey, wild mushroom and chestnut stuffing, sour cranberry gel, and chervil.

“We have a lot of respect for the restaurants serving congee in a traditional way. What we hope to bring to the table are fun and approachable twists to the dish that can pull new fans in and also make traditionalists proud of this typically overlooked dish.”

If Kraken Congee is too far away for you, then be inspired by their robust flavor combinations and make it at home. Chefs Garrett and Shane gave us some key tips to making the perfect bowl of congee. 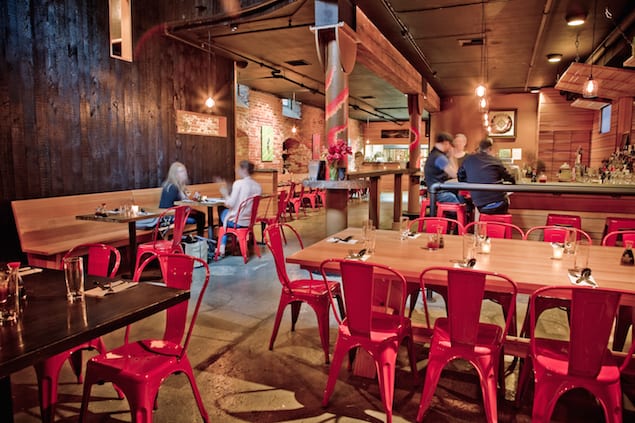 Is Congee Common in the US?

Half of Kraken Congee’s fun is educating their customer base on what congee is. Garrett and Shane excitedly estimate that about half of the customers that set foot in their restaurant are about to have congee for the first time. The Seattle dining scene has welcomed them, the local food journalists love them, and people keep coming into their new permanent location to find out what this simple rice is all about. And in the end, people eat with their eyes and its Kraken’s uniquely beautiful toppings that seal the deal.

“We hope to bring the dish to light for people who have never tried it, catching their attention with exciting ingredients, such as pork belly, duck confit, and local foraged mushrooms.”

Stop by Kraken Congee for a taste of the porridge along with small plates, buns, dishes from the wok, and creative ice creams made in house.