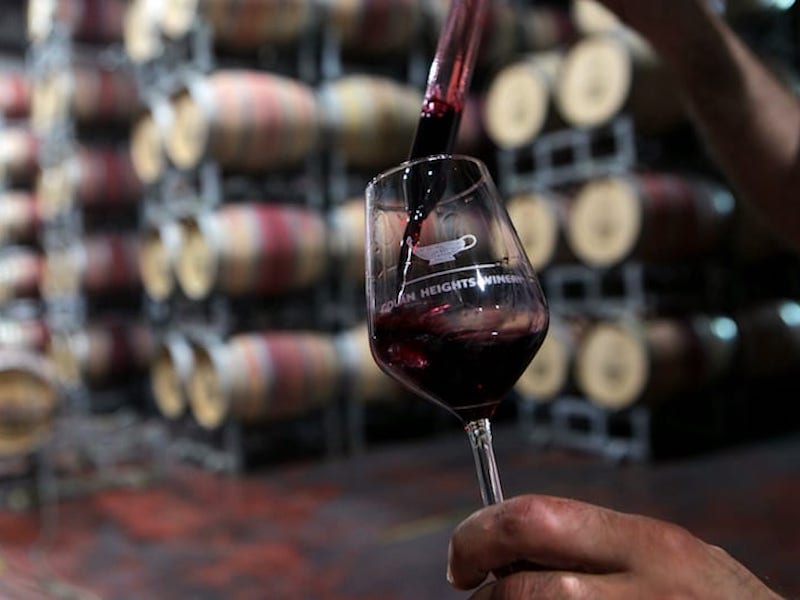 Food Resolutions You Should Actually Make

As one of Israel’s most influential and award-winning winemakers, Victor Schoenfeld of Golan Heights Winery is renowned as a pioneer of modern winemaking in the country. 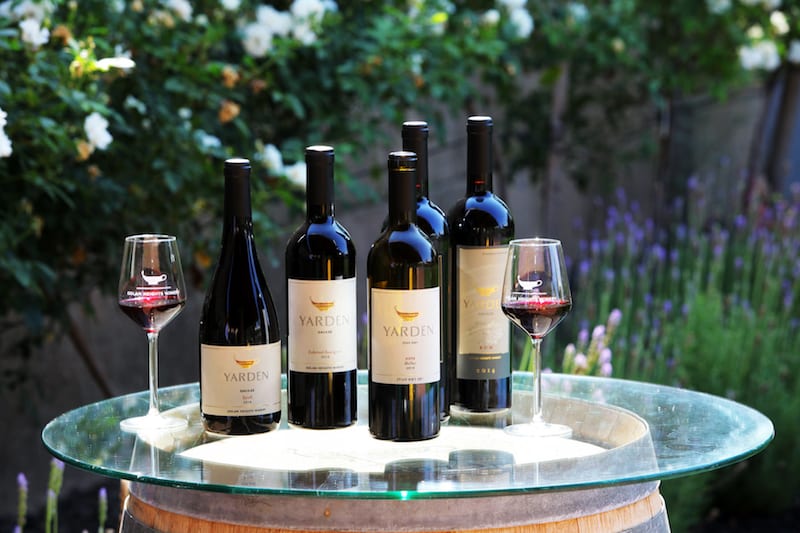 Schoenfeld has brought cutting-edge advances such as precision viticultural analysis and irrigation management, as well as green practices including composting and wind-generated electricity. While at the forefront of Israel’s acclaim in the industry, behind the scenes Schoenfeld has also mastered the art of cooking – and the parallels between both his style in the kitchen and the vineyards are surprisingly similar as we found in a recent conversation with him. 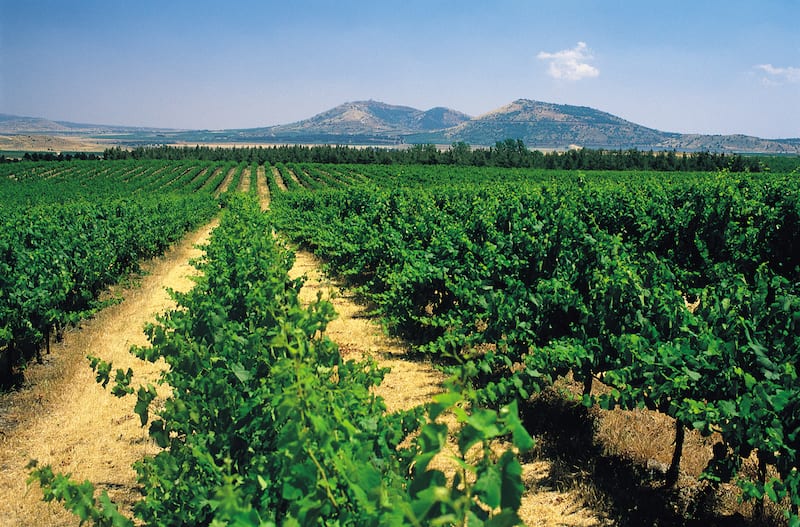 How do you strive to make Yarden wines reflect their sense of place?
I don’t think there is another spot like our region on the planet, which combines our latitude and our altitude along with volcanic soils. The area gives us an opportunity, a responsibility, to make wines that reflect those conditions. Now, what that is, is kind of an unfolding story. The idea is to grow the vines so they can be the most independent. We want them to be a reflection of the geography, not of us. How to do this, of course, is very complicated. We spend a lot of time and energy, resources and research projects, understanding how best to do it.

After graduating from UC Davis in 1988, Schoenfeld started his position at Golan Heights Winery in 1991. Before coming to Israel, he worked vineyards in California and France. His studies at UC Davis provided a solid scientific understanding of all the processes behind what goes into winemaking. 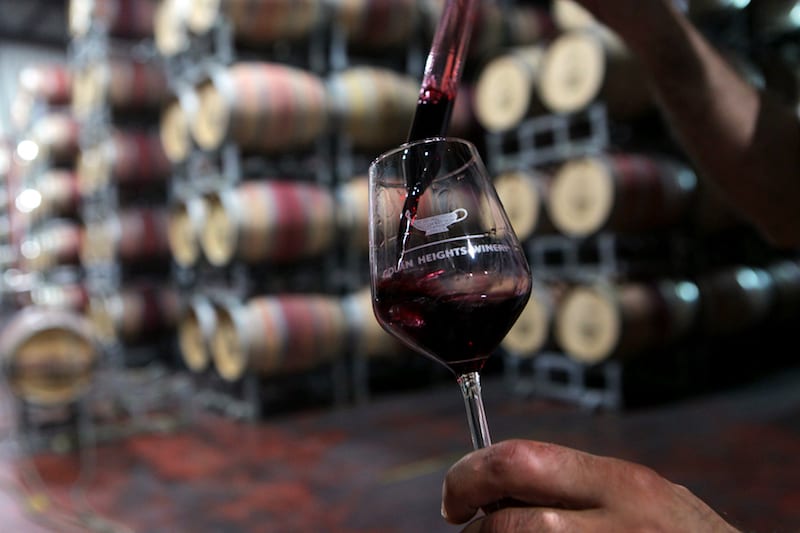 How did working in the vines provide the practical insights you needed to complement all of your theoretical knowledge?
I learned very quickly having worked in different areas with different people that there is no recipe in winemaking, so you have to try to understand the conditions you have, react to them, and suit yourself to them. If you think about winemaking as a recipe, you are going to fail. It’s much more complex than that. I came to Israel with that understanding and was ready to adapt myself.

Israel has been dubbed the “vegan capital of the world,” something Schoenfeld attributes to vegetables being plentiful in the country and citizens having a rich selection to choose from. He also thinks the outlook on eating is different there as well.

How do you think veganism came about and has it impacted winemaking in the region?
Vegetables are a big part of people’s diet – people having salad for breakfast is common. They start eating vegetables at the beginning of the day, and they don’t stop. Most people eat raw vegetables at almost every meal. Meat is already a smaller component of diet. Diet awareness has exploded, including gluten-free, paleo, among others.

Wine has the perception of being basically a natural product. We were the first winery to have certified sustainable vineyards, but the reason we are doing that is not so much to market our wines to consumers. It’s more an issue of thinking about how we can successfully farm for the long-term since we are doing a lot of replanting because there is a big virus problem. We don’t want to have a virus, replant, get another virus, replant, etc. We want to break that loop. The way to do it is thinking as long-term as possible. How can we ensure the health of our vineyards and the ecosystem that supports them and the soil? How can we give to the next generation vineyards that are at least as good as they are now, if not better, if you don’t define it, state it and work on it? Because if you don’t define it for yourself you can easily damage the environment without even thinking about it.

One thing Schoenfeld may not define himself as “officially” is a chef, but he definitely loves to cook. And just like his winemaking, Schoenfeld has no specific formulation for his culinary prowess. However, we’ve heard from several undisclosed sources that he’s a wizard in the kitchen. 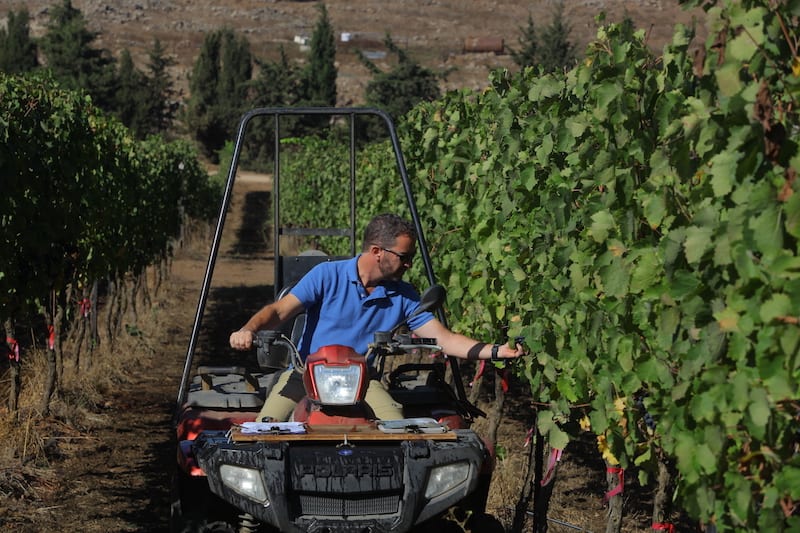 You have a passion for cooking. Has it influenced your winemaking in any way?
My passion for food is what got me into wine, actually. I didn’t think about it at the time, but I think of wine as food. It’s liquid but we don’t drink it because we are searching for a beverage, we drink it because it’s a flavor component in the meal. It’s an accompaniment to the meal. I generally cook off the top of my mind. I’m not a big recipe cooker. When people ask me what I ingredients I put in, I already don’t remember. I don’t ever make anything twice for that reason – it’s whatever we have at home. Sometimes I do cook something specific if I have a particular wine in mind. I also use wine a lot in cooking. I’ve travelled a lot, so I’m influenced by a lot of different things.