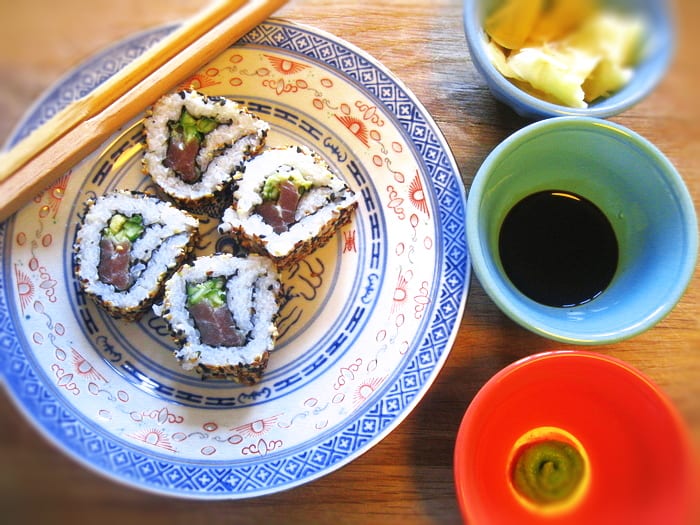 In order to make sushi you need time, patience, a flair for subterfuge and ideally an accomplice.
By Jess Lacey 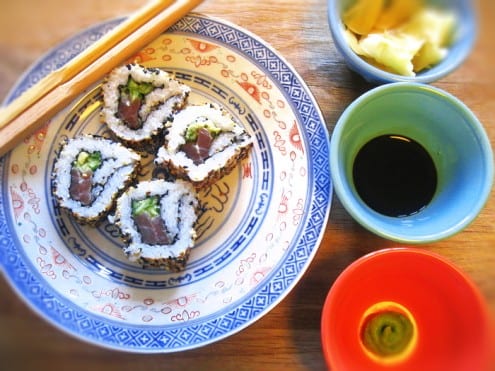 Since the introduction of EU Regulation (EC) No 853/2004. you are not allowed to buy raw fish in order to make sushi, but rather have to use fish which has been frozen no less than 24 hours in order to kill off any potential parasites. I can see the logic in this, but having spent most of my life co-existing with mice, the idea of food parasites strikes less fear into my heart than it probably should. I lead a relatively quiet life, flirting with food safety rules is the closest I come to an extreme sport.