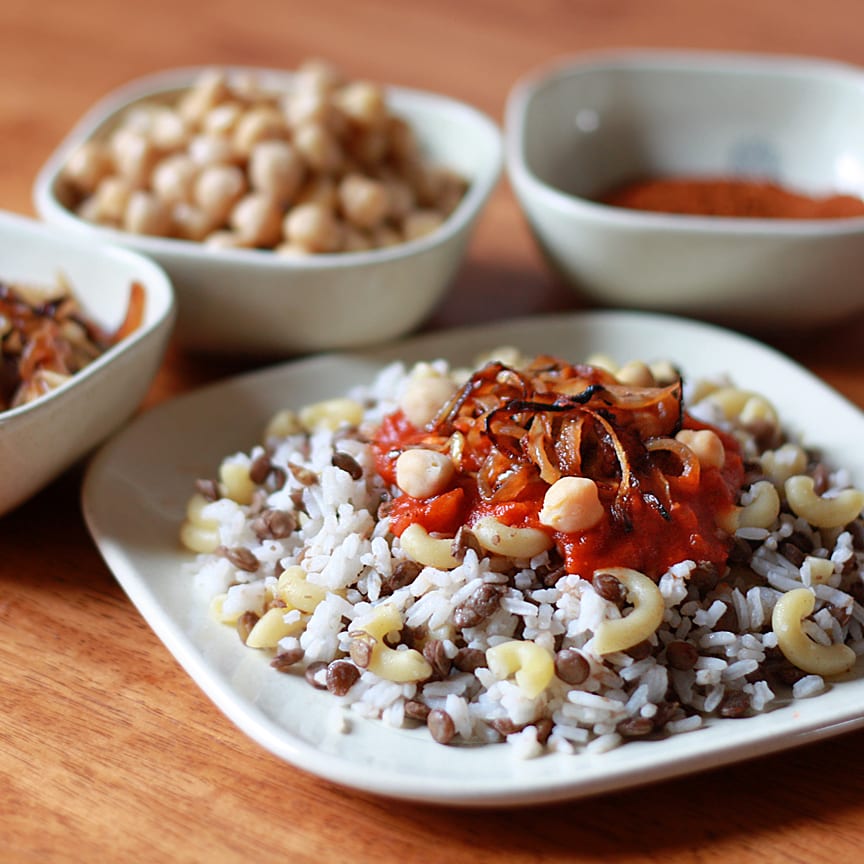 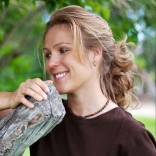 Koshari, the national dish of Egypt, is a highly popular dish of rice, lentils and macaroni with a spicy tomato chile sauce.
By Kimberly Killebrew 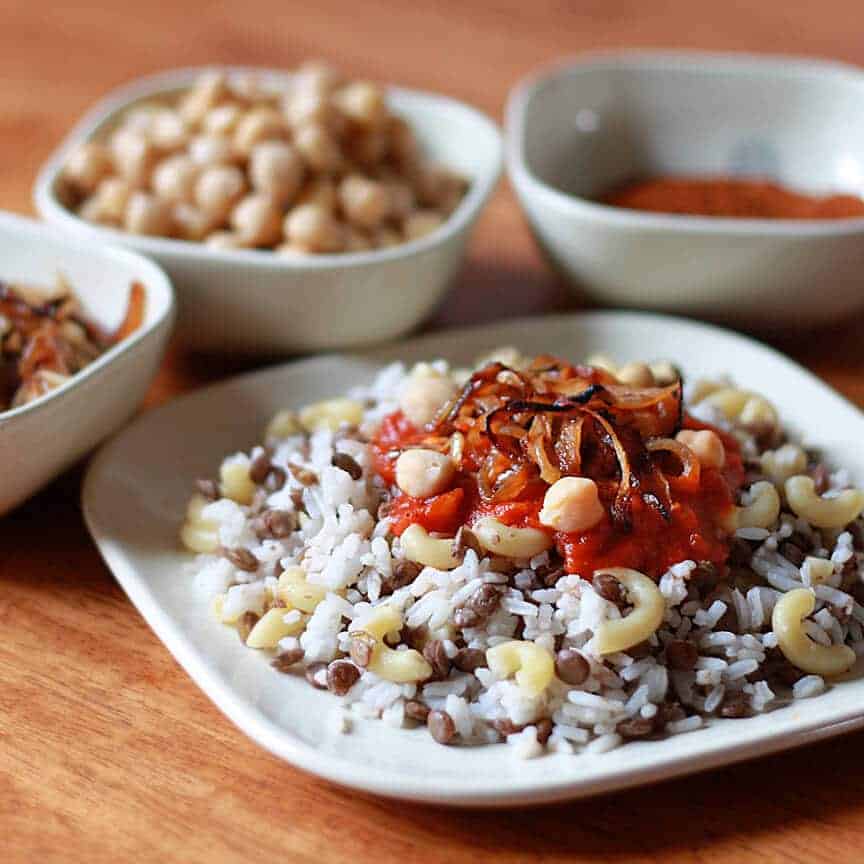 Though part of North Africa, Egypt is accepted as a part of the Middle East because of cultural and historical ties. Koshari (also spelled Koshary or Kushari) is the national dish of Egypt. It’s served in virtually every Egyptian restaurant, in every Egyptian home, and on every Egyptian street corner. Street vendors serve the dish from carts to people eagerly waiting in line to eat this beloved and highly popular dish. An unusual combination, Koshari mixes lentils, macaroni noodles and rice into a single dish and it’s then topped with a spicy tomato sauce that uses a special Middle Eastern spice blend, garbanzo beans, and fried onions. The idea sounds strange…until you taste it. Then you’ll know why this dish is a favorite among Egyptians.

Egyptians and tourists fondly speak of the “Koshari Man,” the title bestowed upon street vendors who sell the dish from their carts. Aziz Awad, who used to be a Koshari street vendor and now works at a downtown restaurant, describes it this way:  “The Koshari man grabs a bowl, and scoops a little of each ingredient into the bowl….Each Koshary dish takes about five seconds to [assemble]. His speed can be surprising to you. I have worked here since we opened 10 years ago, and before that I sold Koshary on a street cart, so I have to be fast. My hands are accustomed to the same movements I do all day everyday, so you can say that I memorized the movements rather than think about them”.

Every Egyptian knows and recognizes the sound of Koshari being made from down the street. Heba Fatteen Bizzari explains, “As the Koshari man scoops, he knocks his metal spoon against the sides of the bowls, making the Koshari symphony that you won’t hear elsewhere. When the Koshari man prepares an order of more than four the restaurant fills with sound as if it was a rehearsal for a concert. The restaurants of Koshari are very noisy. One sits to eat while the Koshari man practices his drums in your ears”.

Though it is Egypt’s national dish, it isn’t actually Egyptian in origin. Neither rice nor macaroni are indigenous to Egypt. It is believed that Koshari originated in India and dates back to the time of British Colonization. The name “Koshari” is actually from the Hindu “khichri”, which refers to a dish of lentils and rice. When the British arrived in Egypt in the late 1800’s they brought this dish with them – it was inexpensive and filling. It didn’t take long before the dish was enthusiastically embraced by the Egyptian people.

The crowning aspect of this dish is the flavor-packed, spicy tomato sauce. It is made with a special spice blend called Baharat (Arabic for “spice”), an all-purpose spice blend commonly used in Middle Eastern cuisine. Just a pinch adds depth and flavor to sauces, soups, stews and meat.

Unless you have a Middle Eastern store in your area or order it online, this spice blend can be challenging to find. However, as with any spice blend, it’s much better made fresh in your own kitchen anyway and I’m going to share my own recipe for it with you.

Heat a small skillet over medium-high heat and dry roast the whole spices/seeds (set aside the paprika, cinnamon and nutmeg) until they become very fragrant, about 3-5 minutes, tossing regularly to prevent scorching. Transfer them to a bowl and allow them to cool completely before grinding them in a spice or coffee grinder along with the paprika, cinnamon and nutmeg.  Keep stored in an airtight glass jar.

Now let’s move on to the Koshari. Very simple to make, but be prepared to dirty up a few pots. 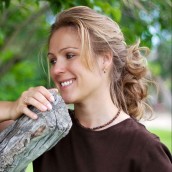