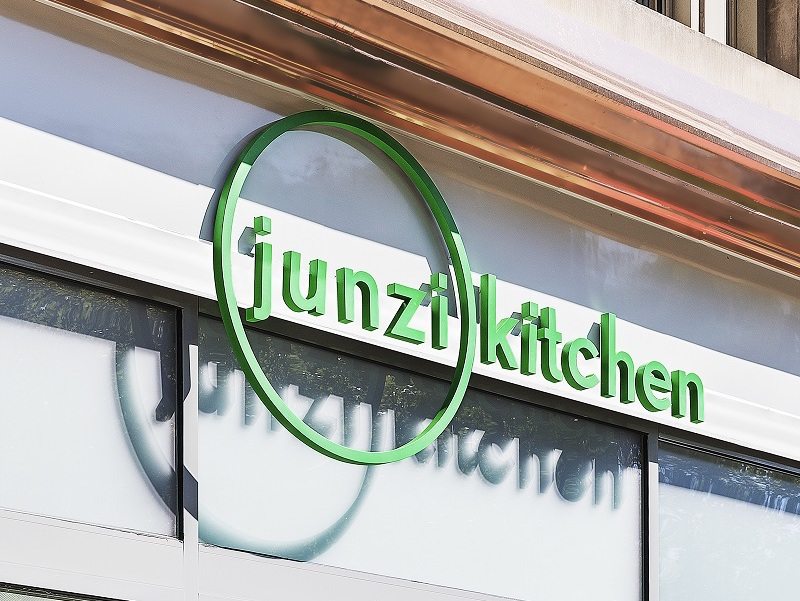 Impress Out of Town Guests with an Unforgettable Meal at Tramonti

Following an assembly line process, guests can order at the counter as the Junzi Kitchen staff loads their  specialized and customized bowls and or pancakes with the Northern Chinese fillings.

Step 1: Start by selecting a base of chun bing (available in white or wheat flour) or noodle bowl (available in wide knife noodles or thin spring noodles).

Step 2: Then add the main proteins (beef, chicken, pork or tofu), before selecting stir-fry and bright seasonal vegetables such as wild cabbage, cucumber, and buddha’s palm.

Part of Junzi Kitchen’s mission is to not only bring under-represented Chinese cuisine  to America but its culture too.

Junzi Kitchen introduces the minimalist design culture of Northern China by using it as inspiration for its dining space.The furniture in the restaurant are designed by Kaichuan Wang ( a good friend of the Junzi Kitchen team) and his pieces are reminiscent of Chinese culture. The stools are constructed in an ancient Chinese style: with plywood and without any glue or nails, which is an ancient Chinese technique.

Beyond serving Northern Chinese bings and noodles, the kitchen is open to the potential of Chinese food as a starting point for chef collaborations. Night Lunch is the late-night menu which features Chinese street foods ( fried chicken, dumplings, bread buns) as well as experimental dishes from the crew and guest chefs. This menu gives the kitchen a chance to experiment in their kitchen while also enjoying a good drink and chill atmosphere.