This bread goes from an idea to beautiful side to soup in an hour. Similar to a biscuit, the dense dough has subtle rosemary flavors perfect with berry jam.
By Kristin Rosenau 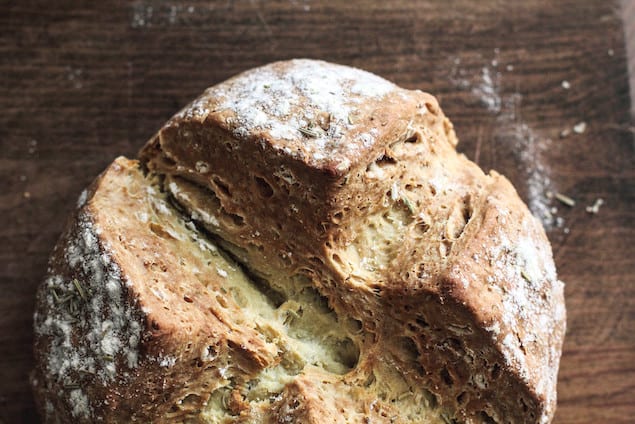 During winter in the Midwest, Sundays are for rich, hearty soups. When the weekend comes to a close, I try to make a large pot to last a few meals. My mother did this while I was growing up, and I am certain her mother did it for her as well. Soup is a comfort food, a way to squeeze in extra vegetables and keep our bodies warm.

As experience has revealed, fresh bread tops the list as the perfect side to soup. This quick bread recipe takes as long to bake as the soup takes to stew, making them an inseparable duo. 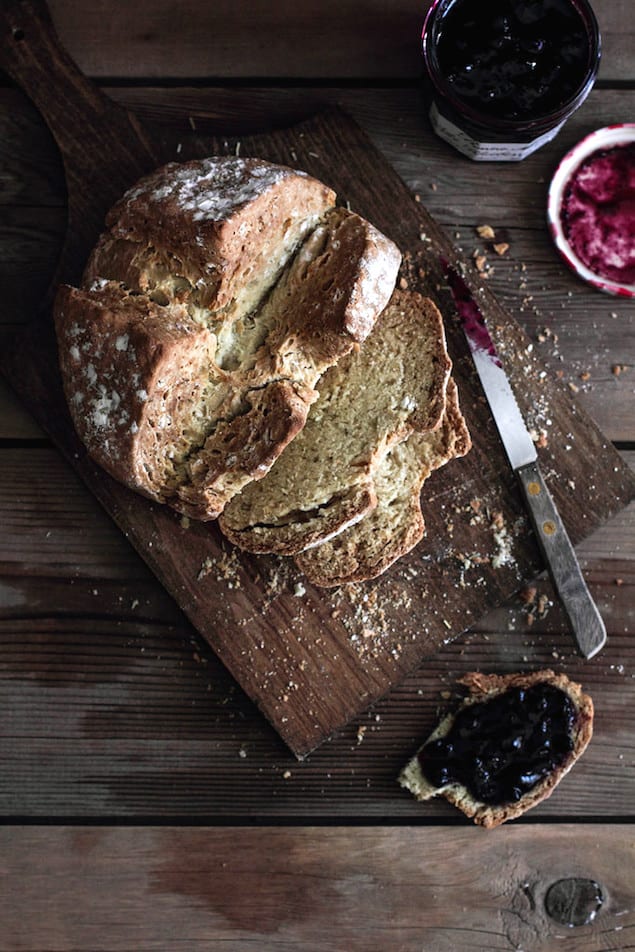 Rosemary Soda Bread is a quick bread that can go from an idea to a loaf in an hour. The bread is on the denser side, risen through baking soda alone, but the quality reminds me of a good biscuit. Seasoned with dried rosemary, the bread takes on a subtle flavor, but still pairs well with flavors both sweet and savory. While this bread works well to soak up hearty soups and gravies, I also find it at home with a spread of dark berry preserves.

Irish Soda Bread made with Sour Cream and Rosemary

Print
This bread goes from an idea to beautiful side to soup in an hour. Similar to a biscuit, the dense dough has subtle rosemary flavors perfect with berry jam.
Author: Kristin Rosenau
Recipe Type: Baking, Bread
Cuisine: Irish
Serves: 1 loaf
Ingredients
Instructions
3.2.2885