This week – geeks, investors, artists, foodies and music lovers alike converge in Austin, TX for the annual craziness that is known as South By South West (SXSW). And Honest Cooking is there as well.
By Honest Cooking This week – geeks, investors, artists, foodies and music lovers alike converge in Austin, TX for the annual craziness that is known as South By South West (SXSW). And Honest Cooking is there as well! As you probably know, Honest Cooking loves all things Nordic – most notably through our annual NORTH Festival in New York City and Los Angeles – but in Austin, we have joined forces with our friends at TrySwedish, a concept that unites many creative disciplines where Swedish companies and organizations excel. From tech and music, to fashion and food – TrySwedish is an overarching idea that showcases people and projects from across all these areas.

During SXSW, Honest Cooking and the TrySwedish gang has taken over the famous local food truck Svantes Burgers – which is roaming the streets of Austin, serving up a delicious Swedish street food menu created by New York City based Chef Linnea Johansson. The truck is decorated in the blue and yellow colors of the Swedish flag, with large TrySwedish branding on the sides – so you literally cannot miss it! 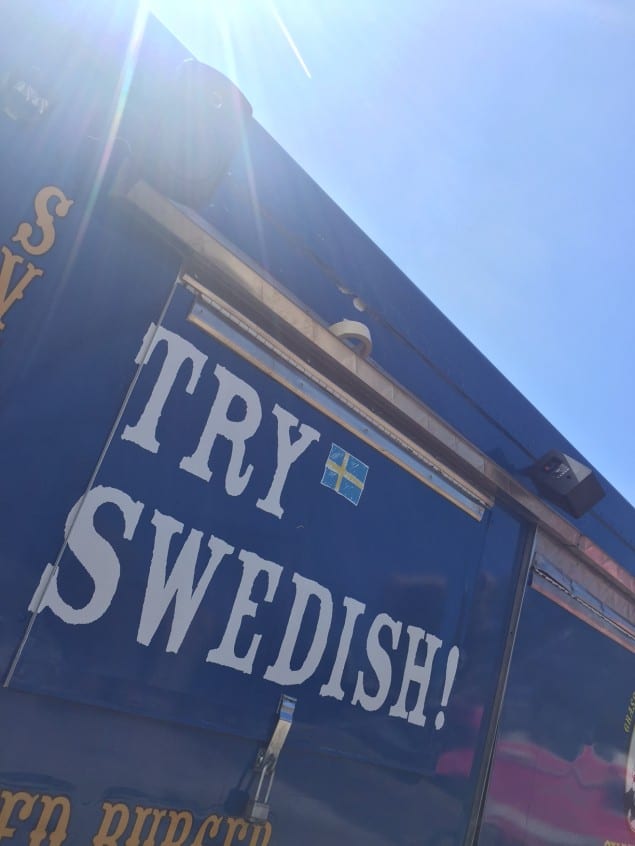 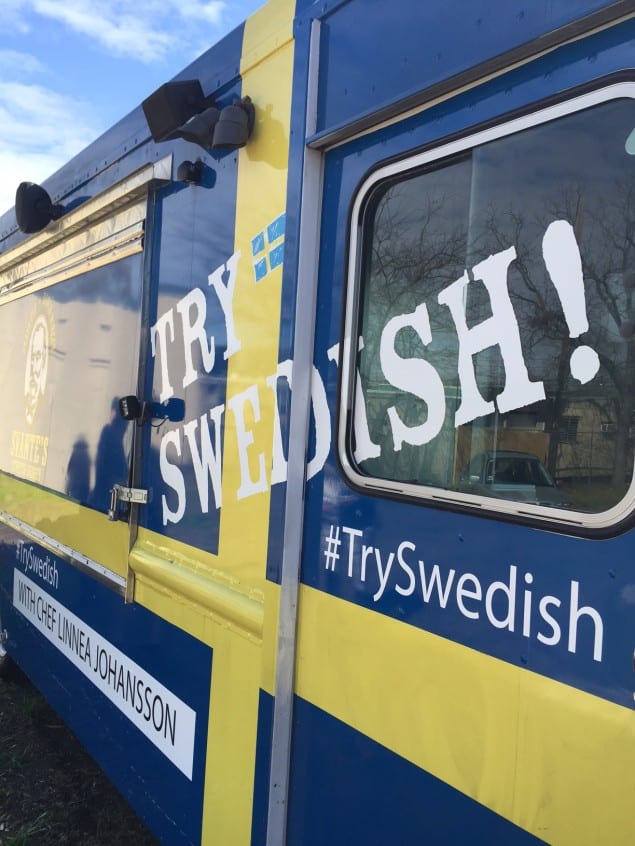 It all started on Saturday 3.14, we when we headed on over to the Swedish American Chamber of Commerce in Downtown Austin. At their amazing roof top terrace, overlooking the action on the (in)famous 6th Street – more than 700 guests mingled, listened to great Swedish live acts such as Roshambo and Beldina, while enjoying the Swedish street food menu served on the TrySwedish food truck throughout the week and checking out interesting panels on topics like tech and Swedish cuisine. 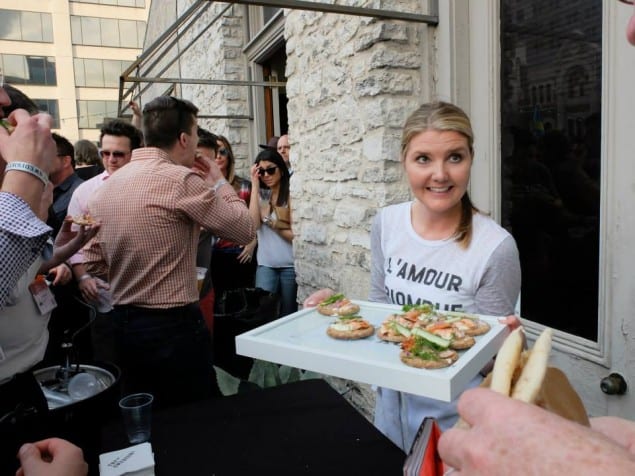 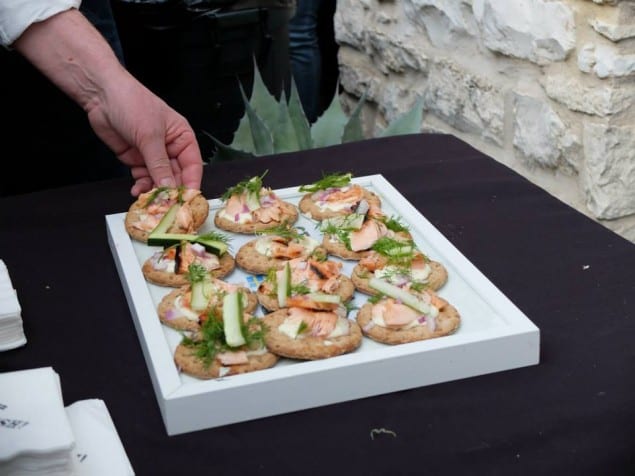 At the bar, Chef Johansson had also prepared some delicious treats together with the good people of Xanté, who had generously donated their fantastic pear and cognac spirits to the party. Chef Johansson served up two flavors of syrups, elderberry black pepper syrup and strawberry mash, that were mixed with the Xanté and served over shaved ice to create the perfect summer cocktails. 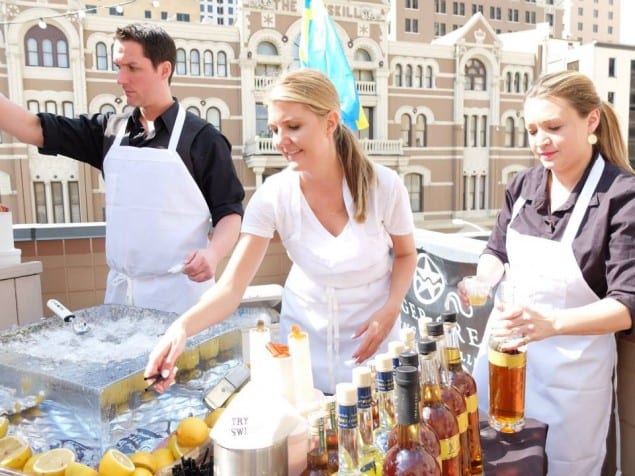 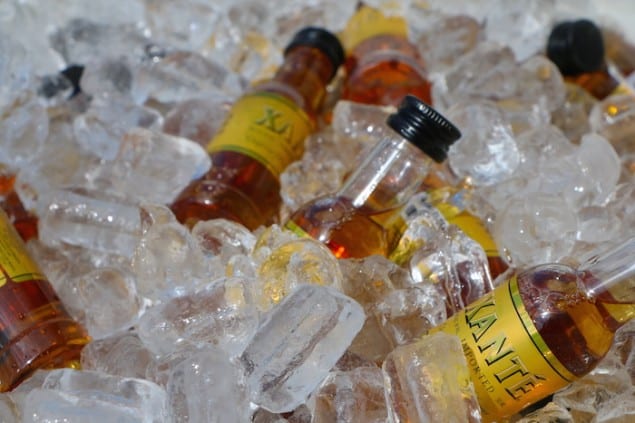 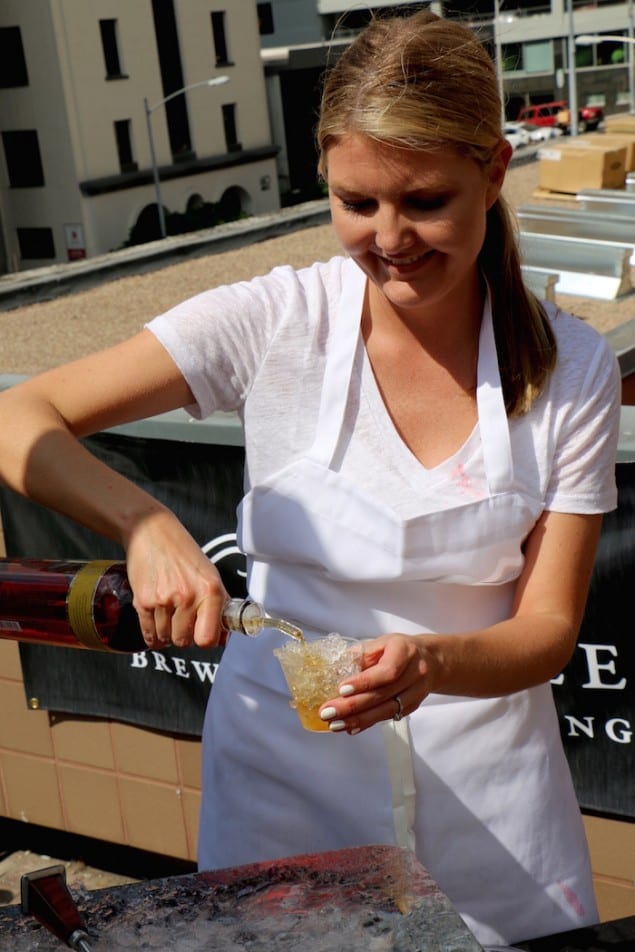 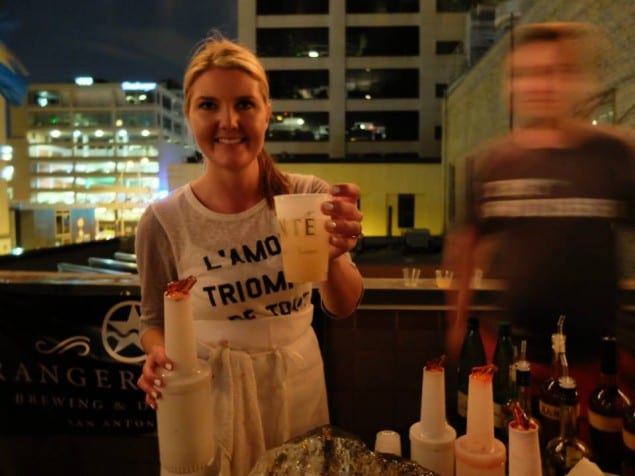 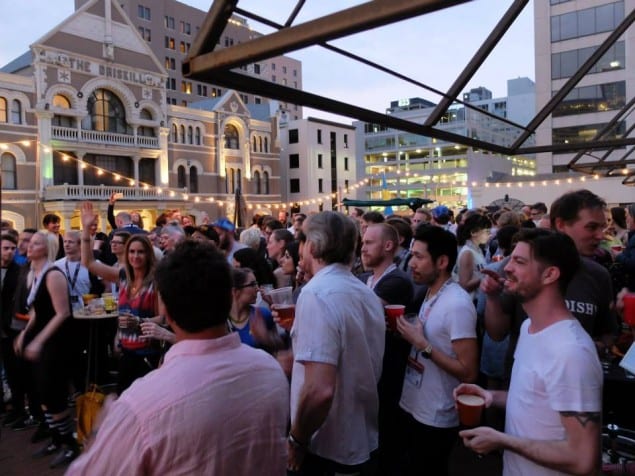 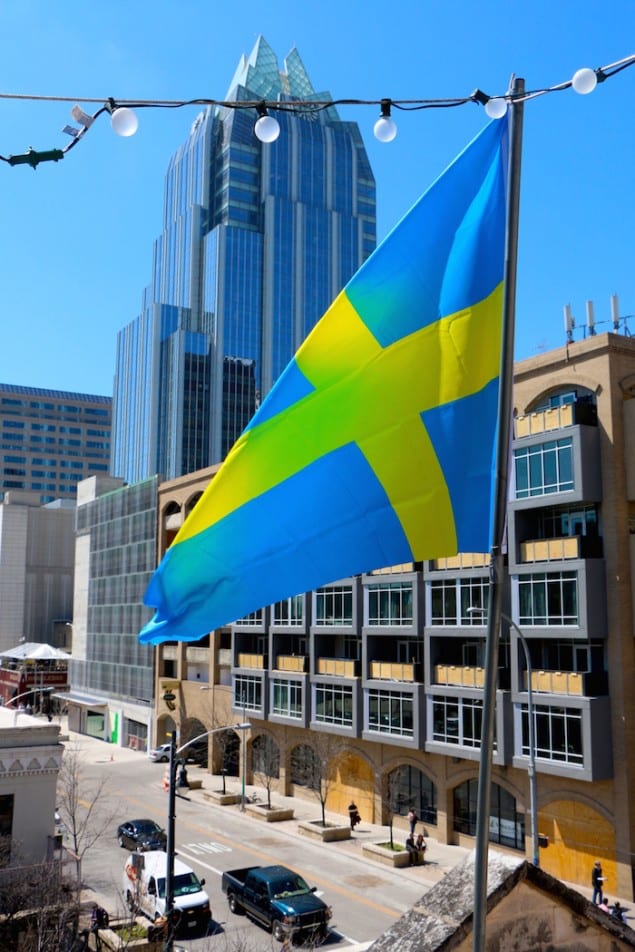 Following the success of the party on Saturday, the food truck has been based at 902 E Cesar Chavez – next to the most popular BBQ truck in town, La Barbecue. Every day for the rest of this week, it will be serving up the three unique Swedish dishes created by Chef Johansson:
– Swedish Meatball Sliders with Chanterelle Sauce and Cranberry Relish
– Swedish Flat Bread Sausage with Spring Onion Slaw
– and finally an amazing Grilled Gravlax with Ramp Aioli served on Crisp Bread.

All dishes are just $5, so you can sample them all for a very reasonable price. And to make things even more exciting, our friends at Xanté are serving up free samples of their amazing spirit at the food truck – so head on over for both lunch and dinner service to get your Swedish flavors on throughout the rest of the week!