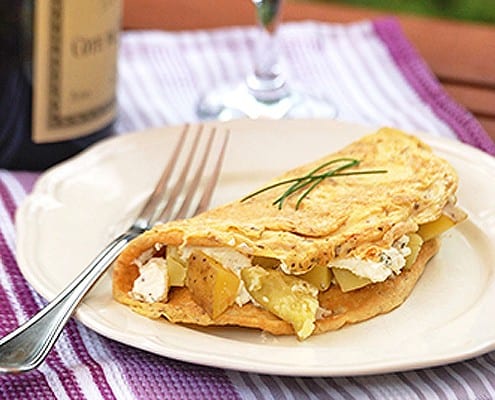 A Visit to the Central Market in Valencia

With Bastille Day approaching, Ruby Moukli has got France on the brain.
By Ruby Moukli

With Bastille Day approaching, I’ve got France on the brain. You might think this rustic omelette is a strange choice for a culinary tribute to the home of haute cuisine. Surely it demands an offering more illustrative of the fancy five-star dishes France has given the world. Not to mention the fact that the 14th July is, in France, a day of fireworks, fly-overs and festivities galore. Shouldn’t my meal be more celebratory somehow? 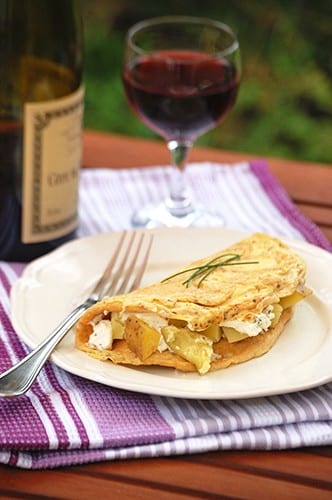 The thing is, this simple country omelette is what started my love affair with France and with cooking. It was probably the first dish I ever made for my family (as opposed to making something my parents had taught me). In my mind, there is no better tribute than to showcase my high school French teacher’s recipe for the omelette that started it all.

Madame was the best teacher I ever had. She brought France to life for us, through film, ‘market days’ and cooking. She even introduced us to the songs of Edith Piaf who, to this day, remains my favourite chanteuse. We listened to ‘La Foule’ repeatedly until we could trill through the ever-quickening lyrics almost as faultlessly as La Môme herself. Almost. When I lived in Paris later, as a university student, I frequented a ‘bar à chansons’, the now-defunct Au Vieux Paris, where everyone was expected to sing the old standards. Thanks to Madame, I was able to hold my own with the French patrons, who were pleased that a jeune américaine had taken the trouble to assimilate part of their patrimony.

Now, I could survive for quite a while on Piaf and wine alone, but at some point a girl’s got to eat. So the other important life skill Madame taught us was how to cook a French omelette. Her version includes diced potatoes and herbed cheese, but the basic technique is fundamental. My brother, who also took her classes, and I still make this omelette and think of Madame when we do.

Print
Makes one omelette
Author: Ruby Moukli, adapted from Joy Abbey-Adams
Ingredients
Instructions
Notes
1. You can easily double this recipe, make a bigger omelette and cut it in half down the middle to serve two. 2. If you like your omelettes a bit sloppy, skip the flip in step 4 and just put the filling right onto the uncooked egg. 3. Using herbed soft cheese is how Madame taught this, but you can use any soft cheese you like and add the herbs yourself. I've even made this with lebneh (yogurt cheese) and it was lovely. 4. If you can't find Fines Herbes (a blend of parsley, tarragon, chervil and chives), try throwing in your own herb mix, or using Herbes de Provence instead.
2.2.6

A Visit to the Central Market in Valencia