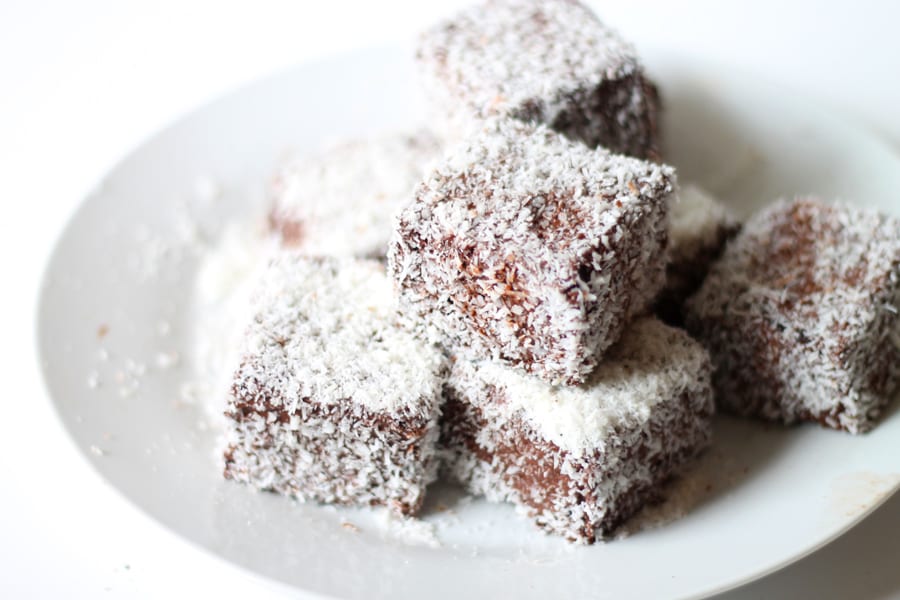 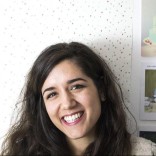 I am originally from England but I am now living…

On Saturday my friends came round for a good old english style tea and cakes session! I made double chocolate lamingtons with berry jam and they went down a treat. My friend Irma said they were “juicy”.
By Trisha Jones

I know Lamingtons have been absolutely EVERYWHERE in the blogosphere, but I couldn’t help jumping on the baking bandwagon (*toot toot beep beep*). I had never ever seen or heard of these coconut covered delights until about a month ago… and so I just had to make them. They are so simple to make but so wonderfully effectiv visually for a party… not to mention DELICIOUS!

Now, while it is a very easy process – there are many steps to it and so it can take a bit of a while! I have provided a wealth of images to help you understand each step! You can also make vanilla lamingtons by using a vanilla sponge recipe – but I always recommend adding a dollop of plain yoghurt and a quarter tbsp of bicarbonate of soda in addition to a normal vanilla sponge recipe – it makes it more moist and fluffy!

Mmmmmm – this photo really demonstrates how wonderfully moist and flavoursome lamingtons can be with a bit of jam sandwiched in the middle. MMMmmm MMMMmmm MMMMMMmmmmm! This is my plate after approximately 1 second of the lamingtons being ready.

There is a really cool lamington video over at Gourmet traveller – which is more complex than my way, but an interesting watch all the same 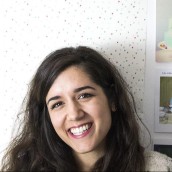 I am originally from England but I am now living and baking like a maniac in Berlin. Noone would deny that I have a relentless sweettooth, but you will see the odd savory dish on my blog - Sugar Thumb - normally when I am going through a "I should cut down on sugar" phase!