Take a caramel apple, bake it into a blondie, and add chocolate. Kick off fall with a touch of cinnamon and these sweet treats.
By Taylor Kadlec 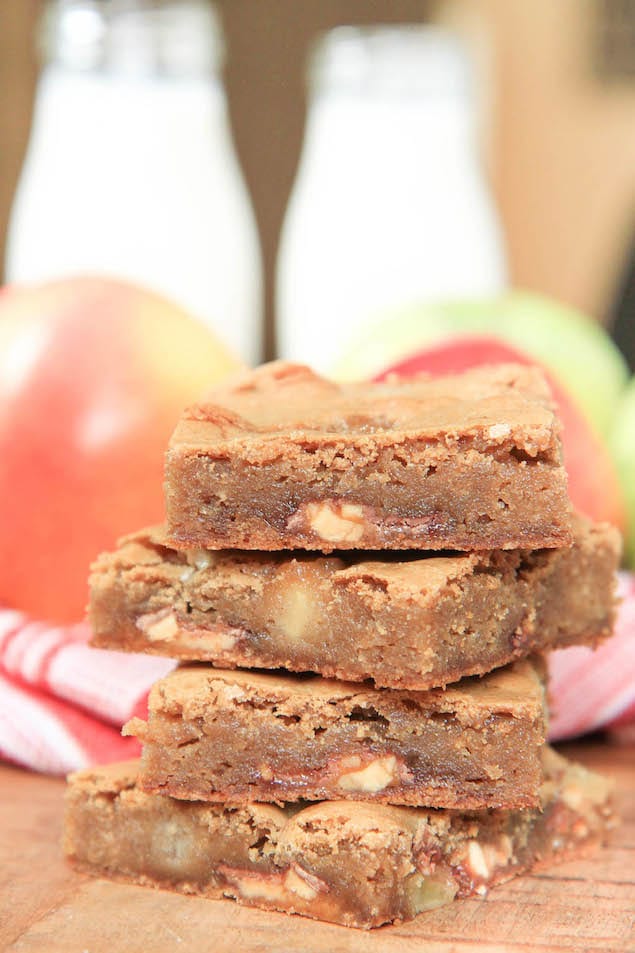 I originally had the idea for these blondies because I wanted to create a fun apple blondie but with a unique twist. Then I remembered the beloved potluck dish that Midwesterners dare call a ‘salad’, known as Snickers Salad. No, there is no lettuce to be found in this salad but instead apples.. It’s one of those things that is so bad but so good.

These blondies, unlike the Snickers Salad, have no sort of identity crisis going on. They know they are buttery, sweet, and meant to be a treat. I wasn’t really sure how they would turn out, the combination of Snickers and apples in a blondie seemed like it could go either way, so I was stoked when they turned out delicious.

They are subtly spiced from the cinnamon and apples, but overly so, and Snickers Salad always reminds me of summer. It’s like summer meets fall in a blondie. So if you’re on the brink of being excited about fall but not ready to say goodbye to summer, consider making these blondies to ease yourself into it! 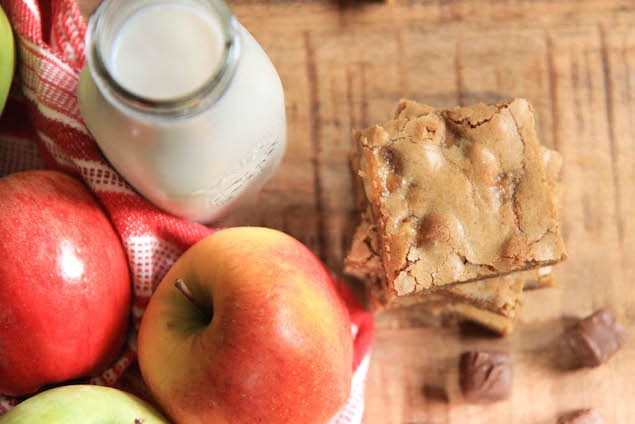