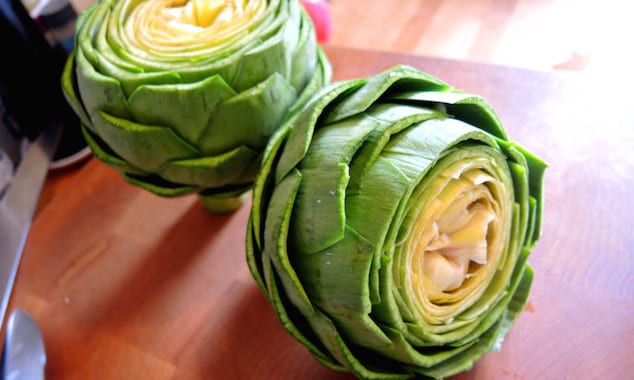 Roman artichokes, or carciofi, are things to dream about. In the US, California grows all of the artichoke crop for the country. Discover the many ways to enjoy an artichoke and a delicious steaming technique if you can’t make it to Rome.
By Mitch Weinstein 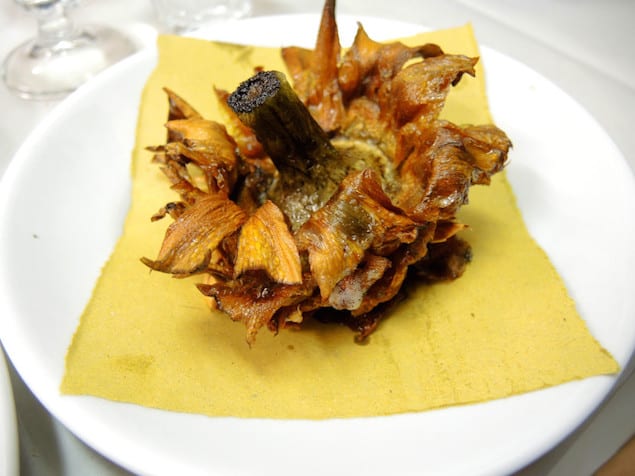 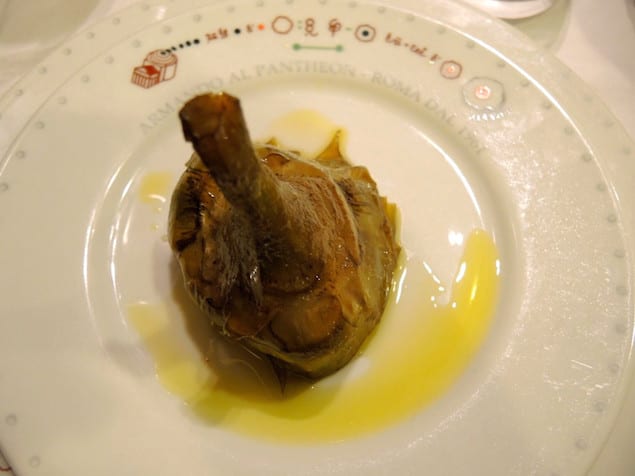 You can’t, can you? But if you can’t be in Rome, what to do? Well, there’s always California – and that’s where Significant Eater and I spent a few nights last week, celebrating a birthday and an anniversary, with a short get-away to San Francisco.

On our first full day, we hopped into our rental and took a drive along the coast, one of our favorite things to do. A mere hour away from the city (in either direction, actually), and you’re practically in another era (if you stay on the coast, that is; otherwise, you’re in Silicon Valley). On this day, we headed south – Pescadero was our destination, and this was our objective… 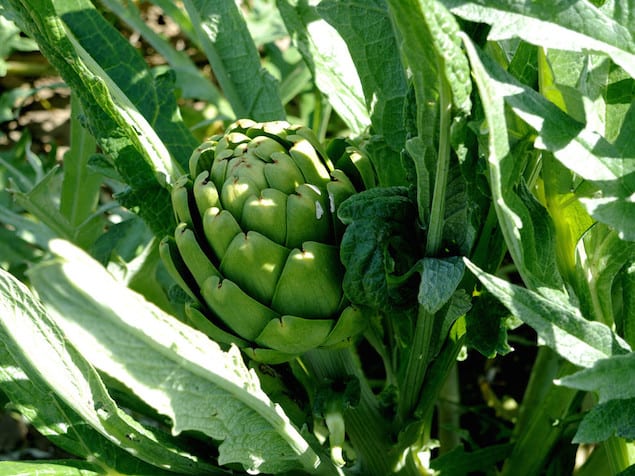 The California artichoke. California grows literally all of our artichokes, and the main growing areas are along the coast, with Castroville, in Monterey County, the center of it all…as a matter of fact, Castroville calls itself the “artichoke center of the world” (though Romans will argue, ’cause they’ll argue about everything).

In Pescadero, there’s a 100+ year-old restaurant called Duarte’s Tavern, and their specialty, Sig Eater’s favorite, and the reason we took the drive, is cream of artichoke soup. 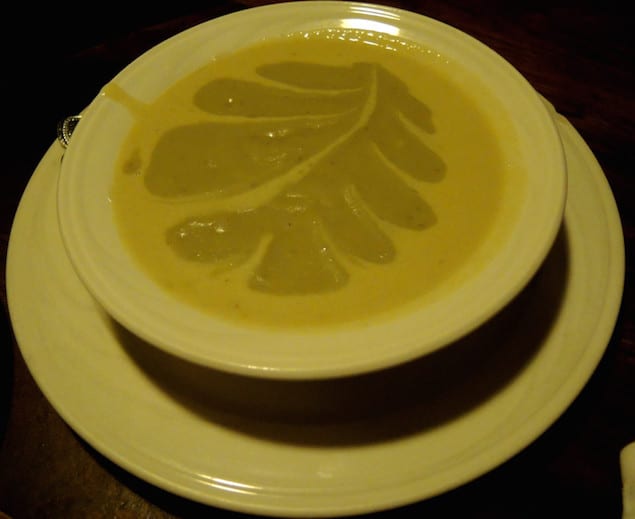 I used to make a mean cream of artichoke soup. I also used to be able to get nice, meaty artichokes at 3 for $1…so making soup was thrifty. Now, at $3, $4 or $5 a pop, I like my artichokes to provide more fun – and even to last a little longer. For instance, I found these beauties last week at Whole Foods, for $3 each… 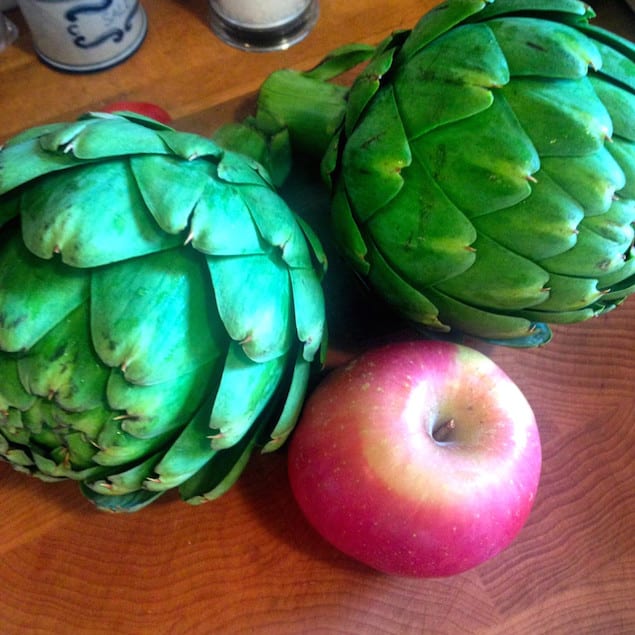 And I made steamed artichokes, because that’s also how we like ’em. You see those little thorns at the end of each leaf? They hurt – be careful when, well – just be careful. Pick off the crappy leaves, then cut a bit off the bottom; the stem is edible once peeled – don’t waste it. Cut off the top, about an inch or two down – use a serrated knife – it’s easier. Trim each leaf with good kitchen scissors. Rinse well and turn upside down to drain. When you’re done, they should look like… 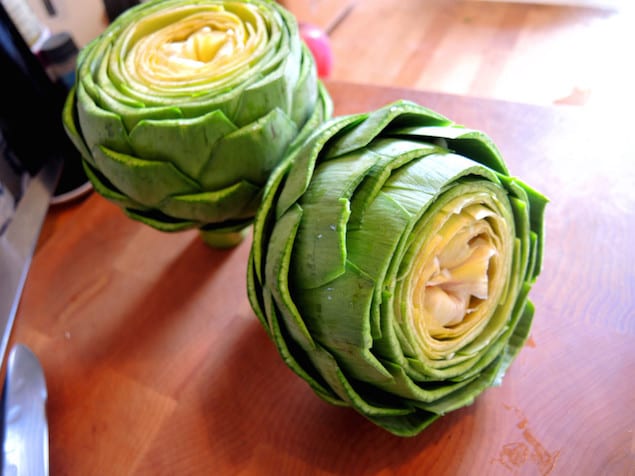 I like to stuff thin slices of garlic in between the leaves before steaming – a good dozen or so per choke. Then they get stood up in a steamer, sprinkled with salt, drizzled with olive oil, and steamed until tender. No, I don’t know how long it’ll take, but if you can pull a leaf out easily, that usually means they’re done. You can also slide a paring knife into the base of the artichoke – if it meets little resistance, done. For serving to loved ones, and even those you like just a little, it’s nice to take the choke out. Do I have to describe how to do that – it’s a pain in the ass, but a grapefruit spoon works well.

There, you’re all done. Oh – you’ll also need a nice dipping sauce for the leaves and the heart  – here I’m serving them with a nice lemon and Spanish Pimentón aioli. Better known as Hellmann’s mayo with lemon juice and smoked Spanish paprika all stirred together – it works.

So – what are you waiting for, a trip to Rome? Go on – steam an artichoke now!