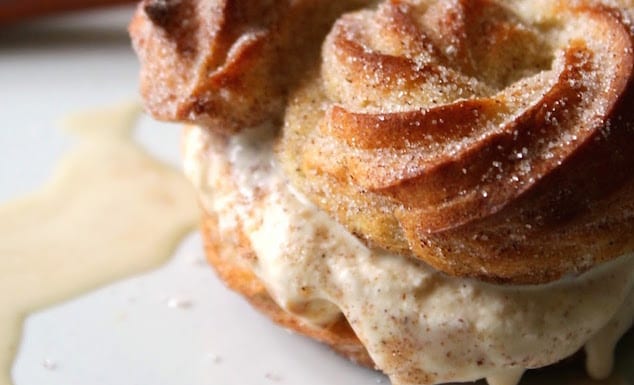 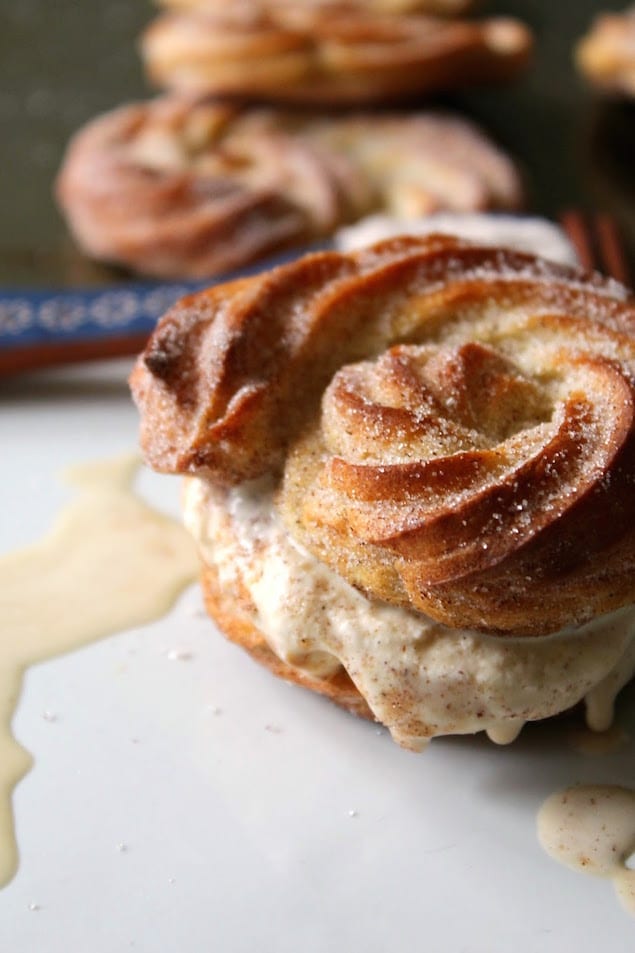 With the weather being pretty hot and steamy where I live, this dessert just evolved naturally. As will your trip to the grocery store to get the ingredients… 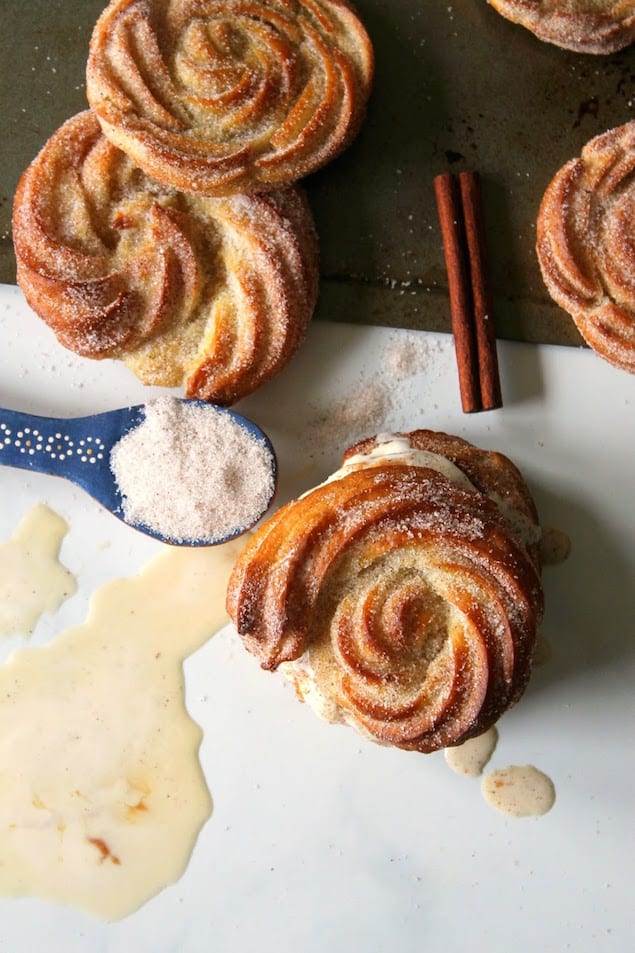 Lightened up, by being baked instead of fried, cinnamon sugar churros are the base of these creative ice cream sandwiches. Though I originally intended to make my own dulce de leche ice cream, I wound up picking up a store bought version as a short cut. Feel free to fill with any flavor of ice cream, homemade or not, that you love. They should be delicious no matter what you choose!

Print
Crispy churros are baked in cinnamon sugar and filled with creamy, cool dulce de leche ice cream for a awesome seasonal treat. Churros barely adapted from SprinkleBakes
Author: Dianna Muscari
Recipe Type: Baking, Dessert, Ice Cream
Cuisine: Mexican-Inspired
Ingredients
Instructions
Notes
*You can pipe the dough right away, but I found that letting it sit for about 20-30 minutes allows it to firm up a bit and produces a nicer "swirl".