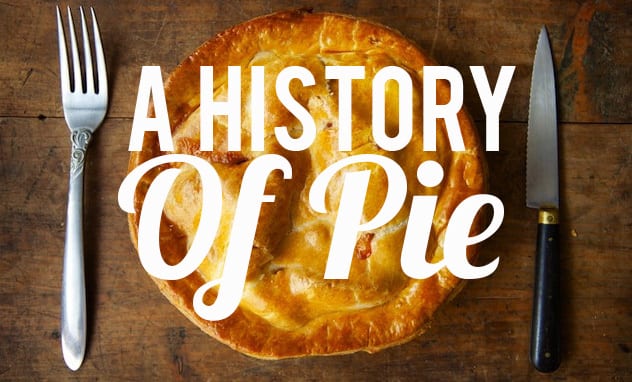 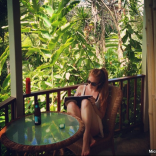 Kate Devine began cultivating her culinary insight at the age…

A freshly baked pie touches all the senses. It tantalizes the nose while cooling on the windowsill. It stimulates the taste buds with a flakey crust and sweet insides that slide on the tongue. Pie looks good, its modest dome hints that something delicious waits inside. It kindles cozy memories of time spent celebrating with family. As we near Thanksgiving, we have pie on our minds.
By Kate Devine

Pie has a simple and honest character. The crust consists of just a few common ingredients and the filling, once baked, appears appetizingly close to its natural state. Over time, the dessert has come to represent the best of American ideals, history and pride. Just how did the flakey, sweet dessert become embedded with such patriotism and sentimentality?

Food historians claim that ancient people of the Mediterranean created the first pies. From Rome, the pie tradition spread through Europe. Northern Europeans used lard and butter to create the pastry crust that resembles the pie we recognize today. Most early pies contained meat and fish, and were called “coffins.” By the American Revolution, bakers had adapted the word “crust.” From early Roman times to when English settlers landed in America, the crust was usually not eaten, instead it held the insides together during baking.

Time Magazine explains, “Contrary to grade school theater productions across the United States, there was no modern-day pie — pumpkin, pecan or otherwise — at the first Thanksgiving celebration in 1621. Pilgrims brought English-style, meat-based recipes with them to the colonies.” Meat pies were a savvy meal option, as they required less materials to bake than bread, and crusts kept the insides fresh. In the trying times of America’s early days, pie fed many mouths. Later in the century, Native Americans taught colonists to use local berries and foraged edibles in their pies.

As American settlers pushed westward and our country grew, pies began reflecting the available harvest. According to Tori Avey’s History of Pie in America, bakers in Maine filled their pies with local wild blueberries. Today, blueberry pie is the official dessert of the state. In the south, where citrus fruits grow plentifully, Floridians created the key lime pie. As different regions came into their own culinary personalities, their pies reflected it. American creators have long loved to express their individuality and pay homage to their homelands, and bakers accomplished both with different adaptations of pie. 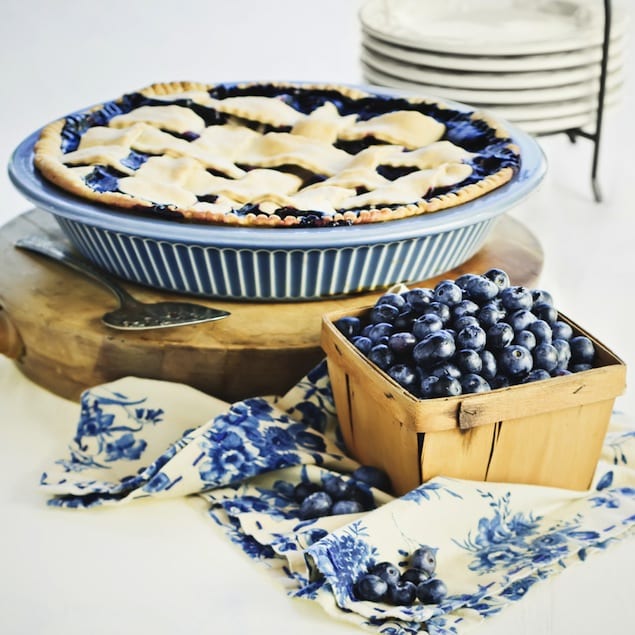 As the country matured and traditions solidified, communities continued gathering over freshly baked pies at celebrations, county fairs, and social gatherings. As the popularity of sweet pies rose, health concerns followed. Writer, editor, and Mother of Thanksgiving Sarah J. Hale warned Americans that eating too much pie could be disastrous for one’s digestive health. In the 1841 cookbook The Good Housekeeper she wrote, “It would really be a great improvement in the matter of health…if people would eat their delicious summer fruits with good light bread instead of working up the flour with water and butter to a compound that almost defies the digestive powers.” We can all relate to that bloated feeling after enjoying too much pie, but Hale need not panic, a little portion control goes a long way.

A president remembered for his big appetite, James Buchanan Brady, loved a good pie, and was known to finish his lunch with a few slices for dessert. Author Mark Twain was also a notorious fan of pie, it was his favorite pick-me-up when in a bout of depression. In those days, every good cook knew how to make an awesome pie. Richard Sax wrote in his book Classic Home Desserts, “One of the things noticeable about early pie recipes is their lack of detail; it was assumed that any cook who knew her way around a kitchen could put together a pie.”

The mid-twentieth century was a time of technological developments that made life a bit easier on the average American family. Although devoted bakers would never be caught with a pre-made crust, in 1955, the first frozen pie crust was patented. Modern pie connoisseurs insist that a carefully prepared crust is the foundation that makes or ruins a pie, but by the 1960’s, frozen, ready to bake crusts sold in two packs for around 40 cents. Some supermarkets sold Jell-O pie fillings along side them, for quick and easy dessert inspiration for busy homemakers. Also in the 1960’s, Litton Cochran of Knoxville, Tennessee, began serving his mother’s homemade fried apple pies at his McDonalds location. Sales of the mini apple pie were so successful that by 1970, every McDonalds in the country sold manufactured fried apple pie. 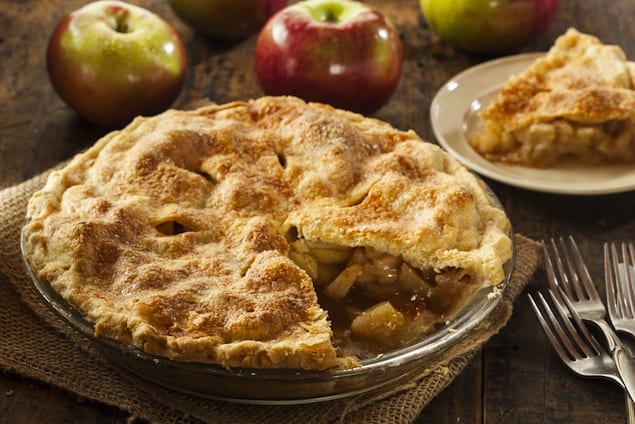 The growing wealth of the nation and the rise of the middle class led to more food preservation and preparation methods, and more options overall for American eaters. With the changing foodscape of the country and the growing number of women working outside the home, the consumption of homemade pie declined from a regular to occasional indulgence. Pie became a marker of special occasions rather than an inexpensive vessel to cook and store meals.

Avey writes, “By the early 1980’s, pies were ‘rediscovered’ as Americans explored their culinary roots, and they eventually made a successful comeback into American food culture.” Bakers faithful to the homemade method preserved the tradition of preparation from scratch. While fast food and ready-made pies were a novelty, a side effect of a nation fast driven by progress, pie enthusiasts are loyal to the unparalleled sensory pleasure of baking and enjoying a homemade pie.

According to John Lehndorff of the American Pie Council, “When you say that something is ‘as American as apple pie,’ what you’re really saying is that the item came to this country from elsewhere and was transformed into a distinctly American experience.” It has been said that our nation is a melting pot, and our pie tradition fits the metaphor beautifully.

If you would like to prepare a dessert ingrained with meaning this Thanksgiving, try baking an authentic, homemade pie, and remember its special place in American culinary history. 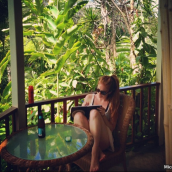 Kate Devine began cultivating her culinary insight at the age of 13 during her first trip to Italy. While studying at Rutgers University, she spent a semester traveling through Spain sampling the regional fare. As an editorial intern for Honest Cooking, Kate couples her love of good food with her love of writing.