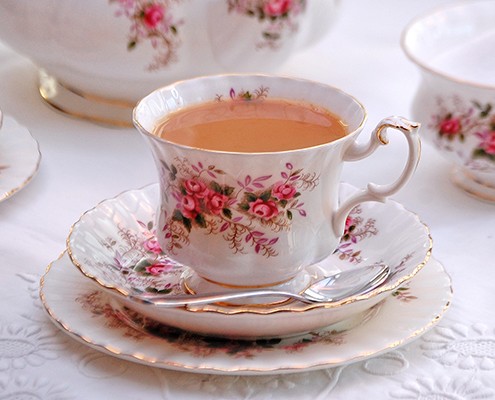 We welcome our new British food columnist Ruby Moukli with a nice cup of tea.
By Ruby Moukli

To kick off my new column exploring the food culture of Great Britain, I thought I’d start with a basic. The quintessential cup of tea is universally associated with Britain, although it was drunk in China, India and the Middle East long before it was ever brought to these shores. Interestingly, tea only gained popularity here in the wake of the Bubonic Plague outbreak in the mid 17th century, since drinking it required the water to be boiled, and it was therefore deemed ‘safe’. However, despite its more exotic origins, visitors to the UK now ‘go native’ by having a cup of tea, and British travellers abroad seek out a ‘good cuppa’ to remind them of home. Right or wrong, tea has become synonymous with Britishness. Until recently.

It has been reported in the British news that, after more than 300 years of tea drinking in this country, its popularity is on the wane. It seems that the youth of today prefer to get their pick-me-up in the form of coffee and that, at this rate, tea will soon cease to be Britain’s national drink. I get that a ‘doppio espresso macchiato’ in an insulated take-away cup sporting an internationally-recognized logo is hipper than a cuppatea in your grandmother’s kitchen, but I can’t help feeling that the youths are missing the point.

Grabbing your coffee on the go has none of the charm or therapeutic effect of the age-old tradition of ‘taking tea’. Putting the kettle on, sitting down and waiting those few minutes for it to brew is an exercise in patience and, in the right circumstances, zen. It is the antithesis of trying to fit your caffeine hit into your busy life by taking it with you. To take tea you take time out and step away from the madness for a spell. No wonder that, in Britain, a cup of tea is a panacea. Just about any problem you throw at it can be diminished, if not cured completely, by a jolly good ‘cuppa’. 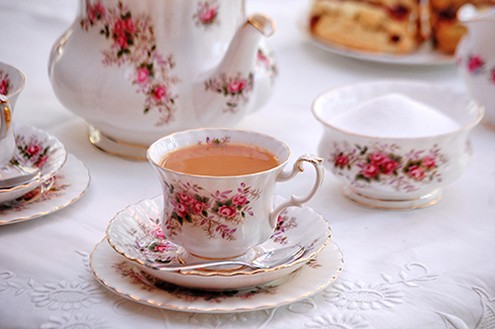 What, then, makes a good cup of tea?

I’ve consulted my English grandmother, as well as several online resources, and have put together a simplified list of nine basic elements upon which the experts more or less agree.* They are:

1. The Tea. George Orwell said the tea should be from India or Ceylon but not China. Whichever tea you prefer, it should be loose, not in a bag or a ball strainer. (You’ll use a tea strainer over the cup when you pour it out.) The tea must be free to swim around in the pot. 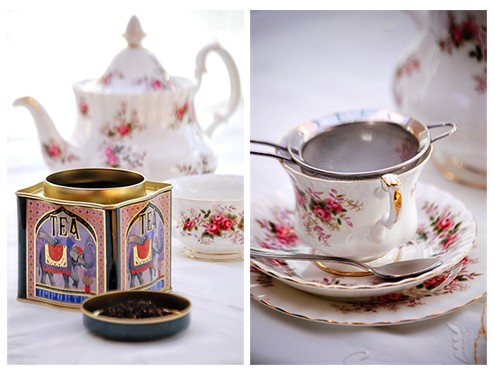 2. The Pot. Should be made of porcelain, warmed (swirl a glug of scalding water around the empty pot a few times and then pour it out) and covered with a cozy. (If you don’t have a tea cozy, wrap a tea towel or large napkin around the pot.)

4. The Water. Freshly boiled (not re-heated), poured onto the tea leaves and stirred briefly before you replace the lid on the pot and cover it with the cozy.

5. The Wait. At least two minutes, as many as five, depending on the type of tea you are using. (There is a handy guide on the UK Tea Council’s website)

6. The Cup. Again, should be porcelain and, if possible bone china. (Whether this is for taste or for snobbery has never been deciphered.) Fill it to 1 cm below the rim.

7. The Milk. I add the milk after pouring the tea and adding sugar. This delays lowering the temperature of the tea, thereby allowing the sugar to dissolve quicker, and also makes it easier to regulate the amount of milk, as I can watch for the ‘right’ colour. However, Nanny and Granddad always put the milk in the cups before the tea, a practice that has been validated by scientific research. (In my original article, I got this wrong and was corrected by a reader who actually followed my link to the research and saw my mistake. Thanks, Zoe, for taking the time to point it out to me!)

8. The Sugar. If you take sugar (and the scientists say you should), the recommended dosage is one shallow teaspoon. And for some reason it is universally agreed that it should be white sugar. Perhaps it interferes least with the taste of the tea.

9. The Nibbles. Tea is often accompanied by something sweet – a biscuit, scone or a toasted bun. A slice of cake perhaps? More elaborate spreads make up a ‘Cream Tea’ or a ‘High Tea’ but I think that is the stuff of another discussion. 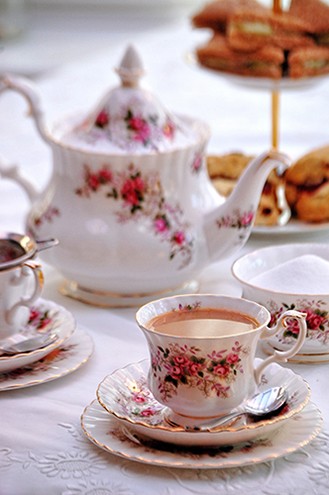 For now, having given you an ‘official’ framework from which to make the perfect cup of tea, I’d like to invite you to promptly forget it. Well, most of it.

You see, I firmly believe that a cup of tea is one of the simple pleasures in life, and over-thinking it robs it of the very quality that makes it so appealing. How zen can you be if you’re worried about whether you’re using the right kind of tea/pot/cup and if you’re watching the clock to time the brew? And isn’t all that stuffiness bound to put off the very drinkers we should be hoping to lure back? So, if all you have time for is a tea bag in a mug, then so be it. Far better to enjoy your tea however you see fit than to turn away from it completely.

In any case, the real secret to the perfect cup of tea has much more to do with two, far more subjective, variables. First is where you are when you drink it. At your desk at work, in the rose garden of a thatched cottage in the English countryside or (for some the ultimate) in the Palm Court of London’s Ritz. The tea will absorb the atmosphere of your surroundings and rise or sink to the occasion no matter how it’s made.

But, far more important, is the question of with whom you take your tea. As with the perfect meal, the perfect cup of tea has far less to do with the tea itself than with the circumstances of its enjoyment and the company you keep. And another thing – tea always tastes better when someone else makes it.

Which brings us back to our grandmother’s kitchen. A cup of tea made for us by someone who loves us is simply the best pick-me-up to be had. For, as in all cooking, love is the secret ingredient that those international chain coffee houses do not have on their menus.

Finally, in conclusion, a glimmer of hope. When was the last time you saw a little girl having a ‘coffee break’ with her teddy bear? You don’t see them making little toy sets of take-away coffee cups for children to play with, do you? No, they’re tea sets. Because children, in their innocent wisdom, know that making and sharing a cup of tea is a special event to be enjoyed as often as possible with the ones we love. 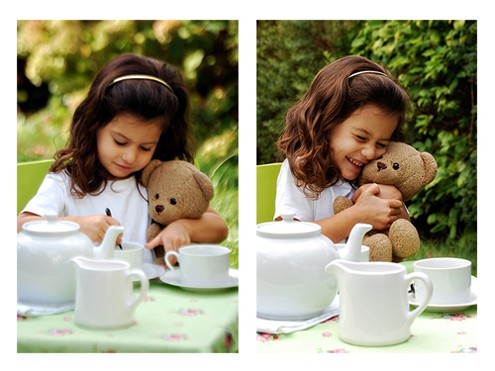 “The Perfect Cup of Tea”
by Ruby Moukli

And so the perfect cup of tea,
Will be the one you make for me,
With ‘milk and one’,
A currant bun,
And your sweet company.

(*The above relates only to tea as it is traditionally drunk in Britain. Obviously in other parts of the world tea-drinking tastes and customs vary considerably, although I do believe the love part is universal.)