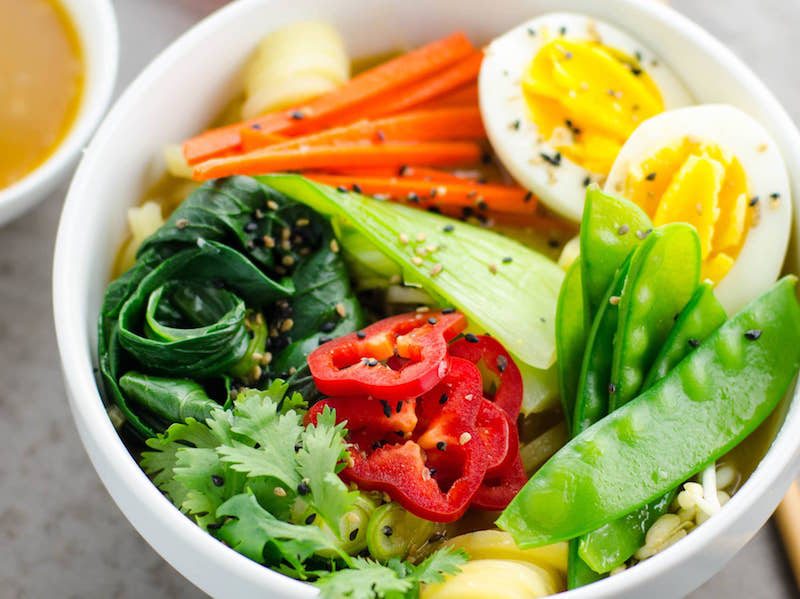 PARTNER POST: Explore new and surprising ways to incorporate potatoes into your favorite recipes.
Try this quick and satisfying bowl of vegetarian miso ramen with a twist of potato noodles. 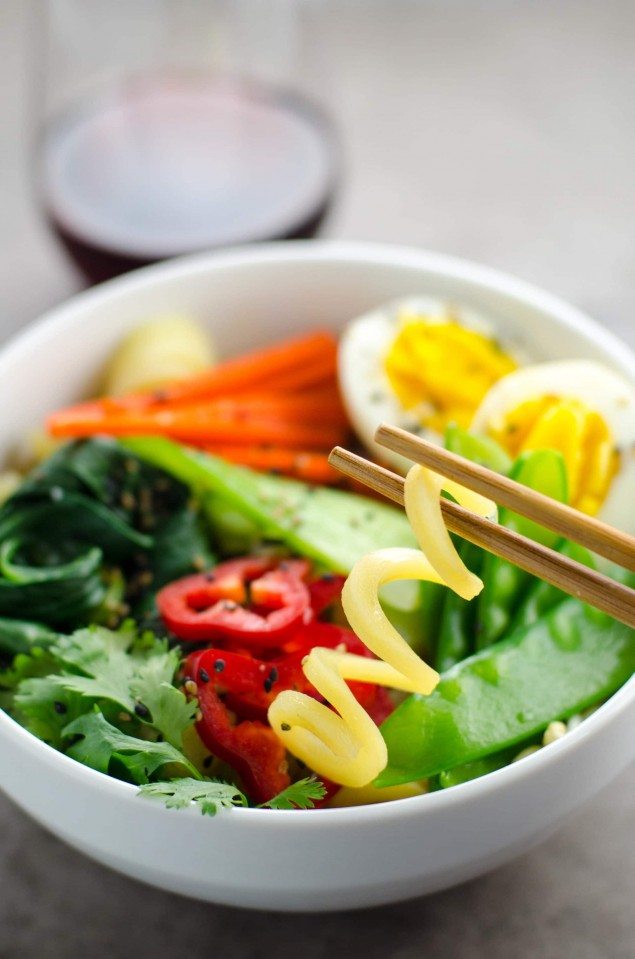 I’m 25% Irish and 100% fond of potatoes, so if my math is correct there’s a 75% chance that these numbers are irrelevant to the point I want to make here. The point is: potatoes are a healthful, inexpensive and super flexible ingredient. I knew that. You knew that. But maybe you didn’t know that you can even make a fun, satisfying and veggie-packed twist on ramen in 30 minutes with spiralized potatoes standing in for noodles. I said SUPER flexible, and I meant it. 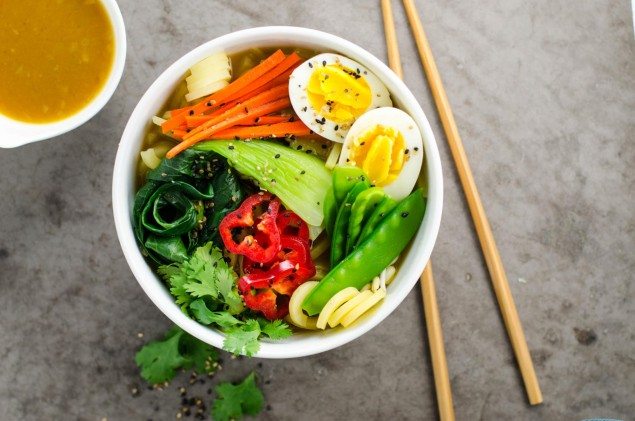 The savory vegetarian broth for this ramen packs a whole lot of flavor into 30 minutes, and I got maybe a little obsessive about assembling a beautiful rainbow of colors and textures into one bowl. We really enjoyed this combination of veggies, but you can swap them in and out to suit your tastes and the contents of your fridge.

For the potato noodles, you’ve got two options: give them a quick boil in salted water like you see in the photos, or go totally rogue and roast them to crisp, tender deliciousness. I won’t say you’d be adding curly fries to your soup if you used the second method, but I won’t say it doesn’t maybe a little bit TASTE AWESOMELY like you put curly fries in your soup, so. Up to you. 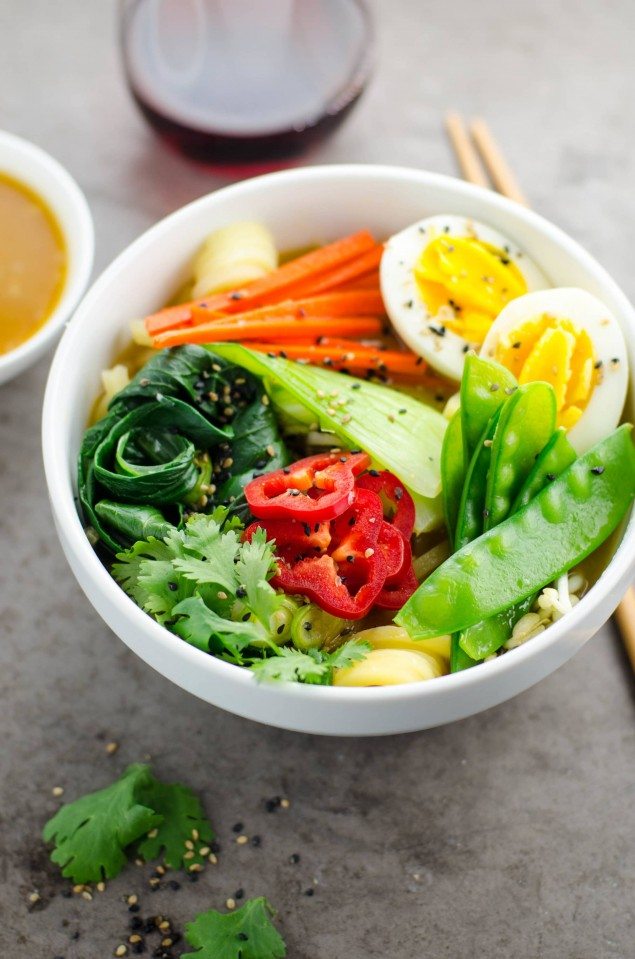 Here’s a recipe video for potato farl bread. Farl is the flatter style of soda bread that hails from what is now Northern Ireland. This recipe tops it with lobster and garlic butter, so just go ahead and try to get that out of your head next time you get hungry. Written recipe here. 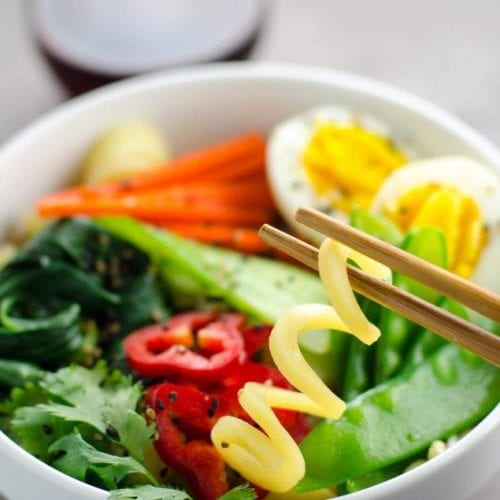 For the ramen bowls

Use a spiralizer to get these perfectly shaped noodles. For a fun twist, instead of boiling the potato noodles you can toss them with two tablespoons vegetable oil, sprinkle with salt and divide between two large baking sheets. Bake at 400°F for 20 minutes, tossing carefully with a spatula and rotating the pans after 10 minutes. The potato noodles will be crisp on the outside and tender on the inside.
To make it vegan, replace the butter with vegetable oil and omit the egg. Replace with shelled edamame or sliced tofu if you like.