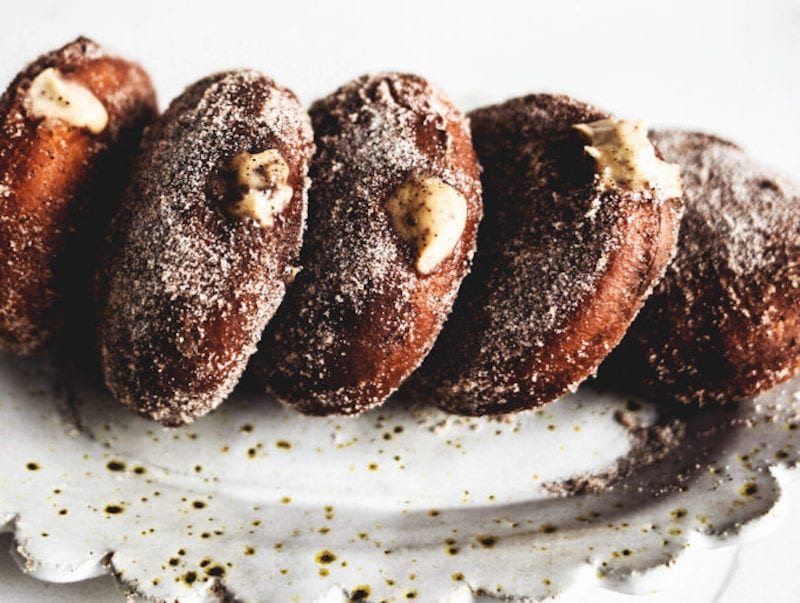 These fresh donuts are about to blow your mind. Filled with a rich white chocolate filling with coffee liqueur and coated in sugar and coffee, these fried beauties are a delight for the tastebuds. 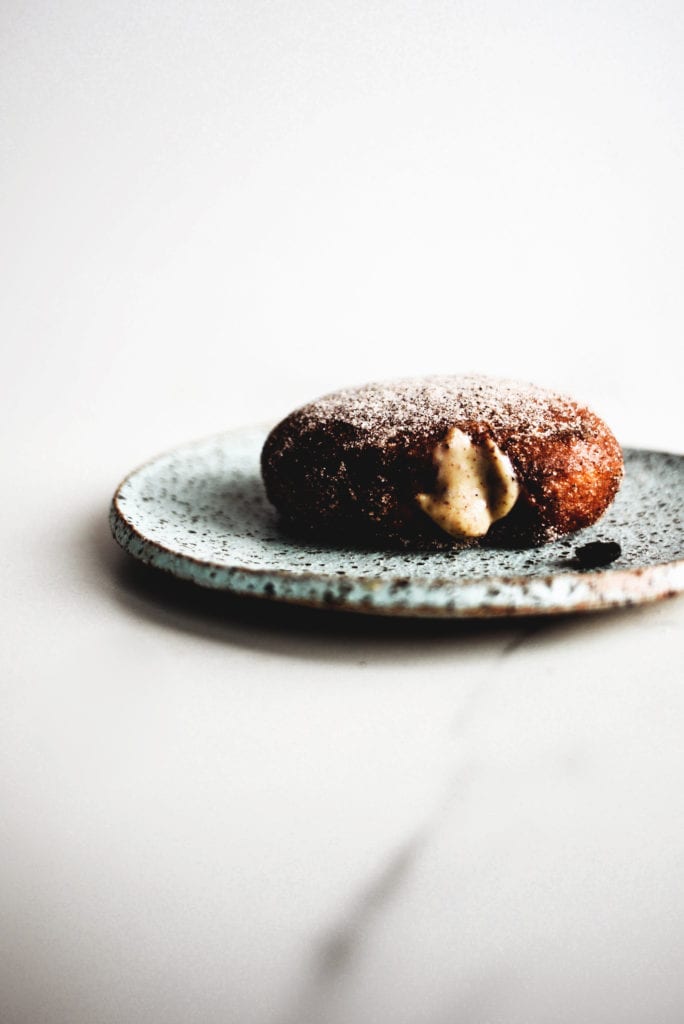 These White Chocolate and Tiramisu Doughnuts give me such immense satisfaction. The doughnuts are brioche based. Incredibly aerated and soft. They’re sugar-y and sweet too. And filled with a rich white chocolate, mascarpone and coffee liqueur créme patisserie that’s also flavoured with the bitter taste of espresso. Studded with small chunks of dark chocolate too. 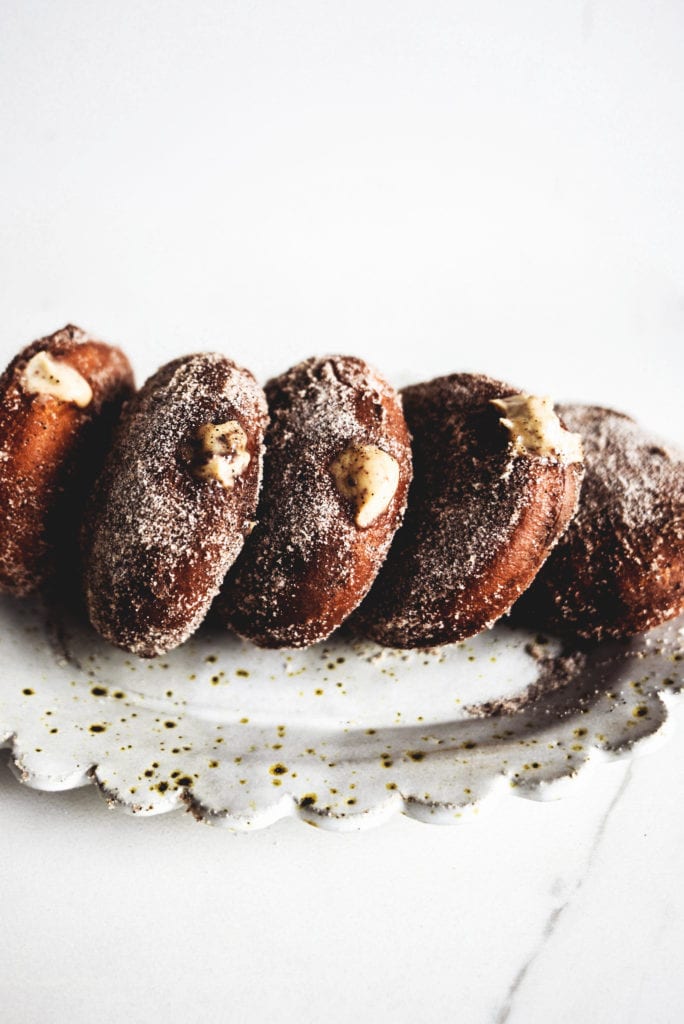 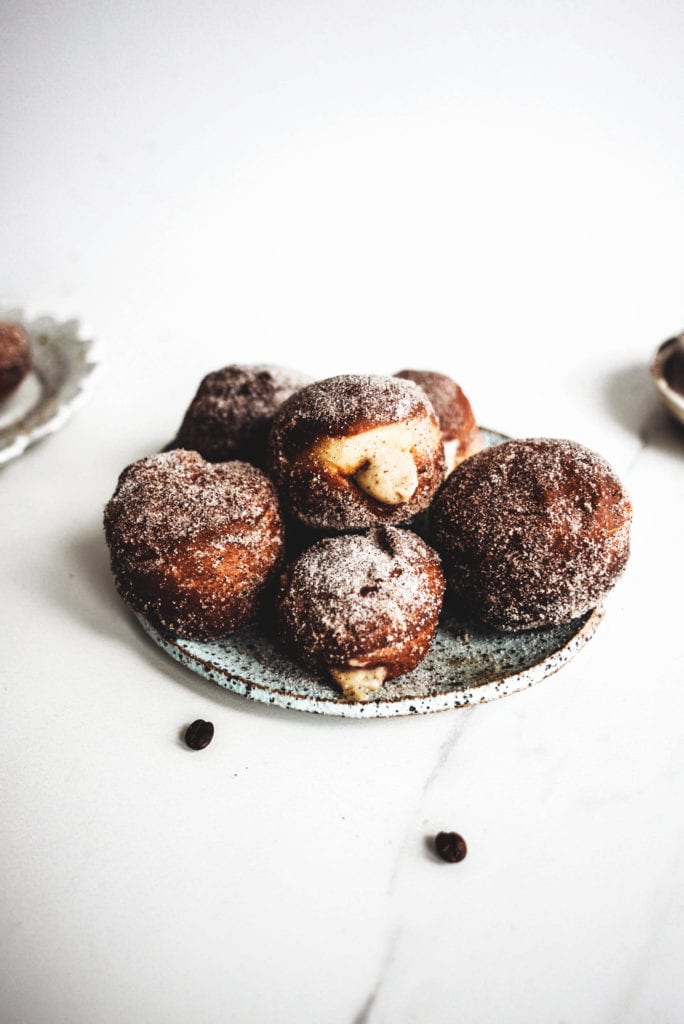 Oh! And you can check out a few of my previous doughnut posts (Earl Grey here, Sea Salt Caramel here and Dark Chocolate Malt here). 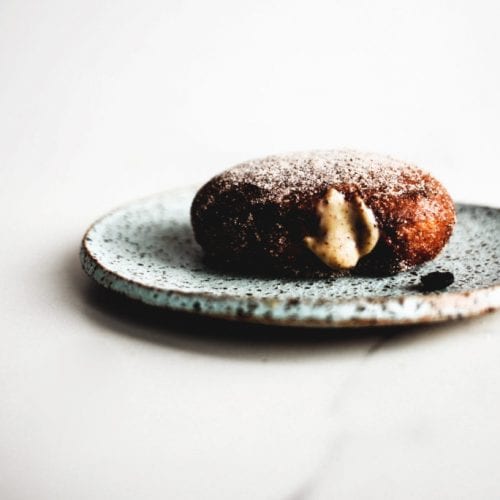 For the white chocolate and tiramisu créme patissiere:

For the coffee and vanilla bean sugar:

For the white chocolate and tiramisu créme patissiere:

The doughnuts are best eaten warm on the day of making, though they can be kept sealed at room temperature for up to 2 days.
Make sure that your dark chocolate is chopped in smaller pieces than that of the piping nozzle, otherwise it will clog and be a pain to pipe!

OWYN is Only What You Need for This Healthy Donut Recipe