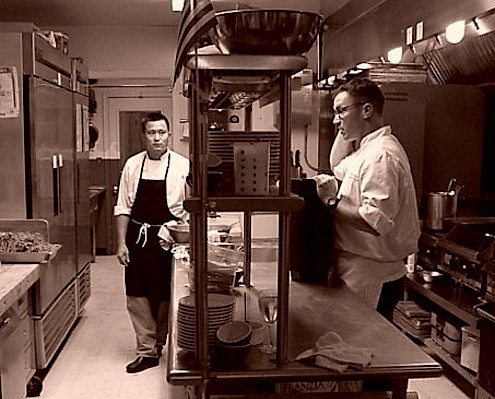 In the professional kitchen, having the sous chef calling you “Miranda” actually means he likes you.
By Marissa Sertich 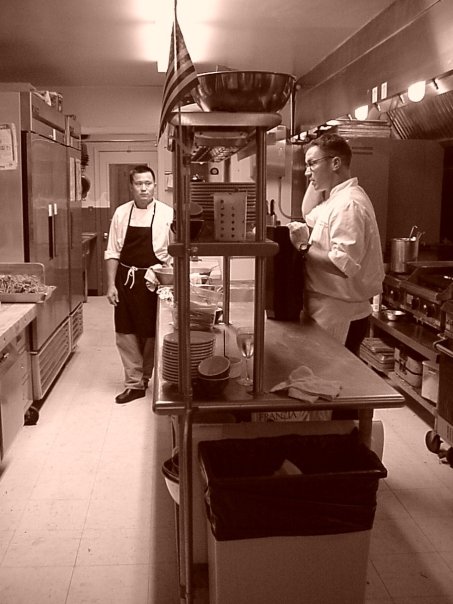 Three weeks ago, I started a new job as pastry cook. The sous chef has finally stopped calling me “New Girl.” He now calls me “Miranda.” This is not my name, but at least it’s an upgrade. I’ve yet to establish a roll for myself in this kitchen and until I do, Miranda will have to suffice. Gaining trust and distinction in a kitchen takes time and toil.

When you step into a new kitchen you enter carefully guarded territory. Eyes scan you from toque to blade. Much like when your sister brings home a new boyfriend, the kitchen reacts to new members with vague feelings of distrust, doubt and general indifference, until you’ve lasted at least six months.

The prep cooks look up from their cutting boards, as the heat of their discerning stares follow you through the kitchen as you prepare to show the dishwashers that you are worthy of their company. Its something akin to approaching a strange dog – don’t make too much eye contact, let him sniff your hand first and then allow him to approach you.

A kitchen isn’t an office where Sue Secretary kindly directs you to the stovetop. After a basic walk-through, packed with an overwhelming amount of information, the tutorial is complete. Most things are based on kitchen common sense. Need more salt? – You better have the knowhow to dig around in dry storage. Can’t find the proper pan? – Switch into high school Spanish class mode and head to the dishwasher.

Once you’ve proved that you’re not completely hopeless, the fun part begins as you slowly assume a role among the cast of explosive personalities. The best kitchens operate as dysfunctional families. There are the peacemakers and caretakers, the comedians and the rebels, and while they challenge every ounce of patience, they also unite as a powerful force during times of trouble.

Most chefs, cooks and dishwashers spend more time at work than they do with their actual families, so the personalities hired had better be people that you don’t want to murder after thirty hours of overtime during the holiday season. Instead, they should be people you grab a drink with after a twelve-hour day in the weeds.

So, for my first three weeks I’ve felt like the new kid at school, but after working through a couple exciting episodes – making a wedding cake on-the-fly and sleeping over at work during a hurricane – and also competently working the line through dinner service, I’m beginning to define myself among this new family of misfit toys. Yesterday, the sous chef came into the bakeshop and said, “Don’t screw anything up, okay? I’m actually starting to like you.” I think I’ve found my place.