A coconut milk and cinnamon smoothie takes an autumn turn and ends up tasting exactly like an apple pie.
By Laney Schwartz 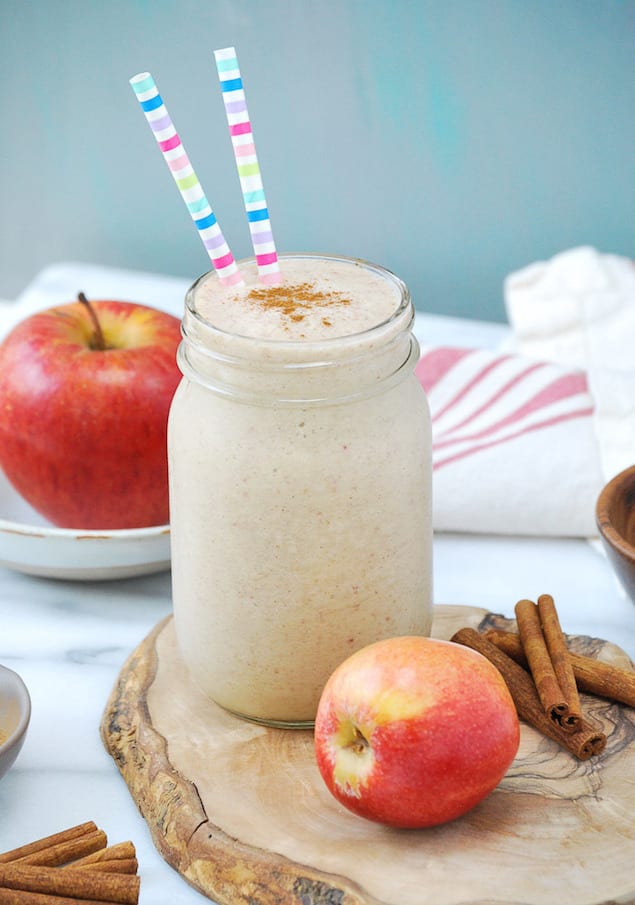 I love all the fall flavors, cozy sweaters, and yep… apple pie.

Sometimes fall days are a bit too warm for a cup of hot apple cider. Instead, whip up this cool and nutritious apple pie smoothie. Creamy coconut milk, plenty of cinnamon, and fresh apples give the illusion of apple pie, only drinkable. And it is acceptable for breakfast. I dare you to try it. It’s AWESOME. (Sorry for all the CAPS) 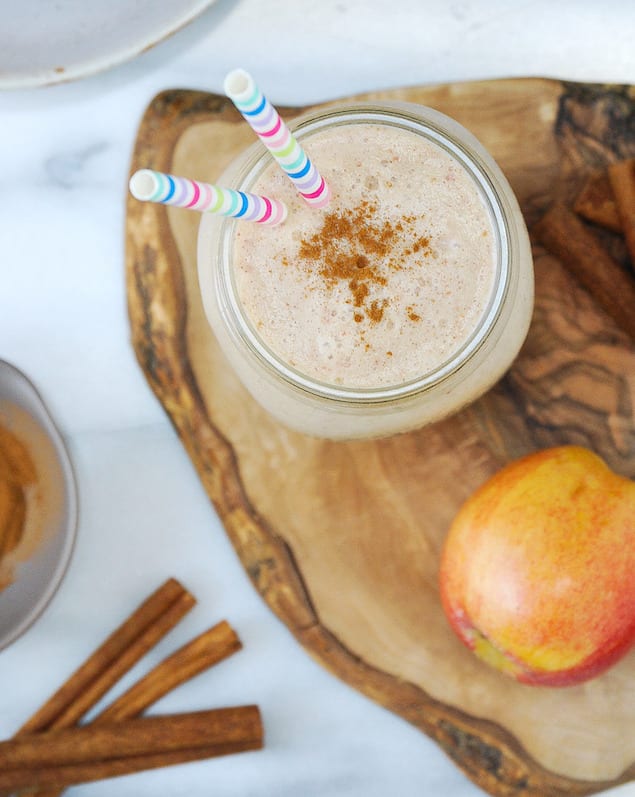