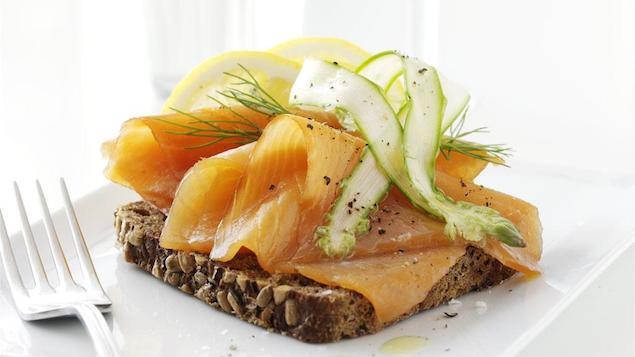 Learn about Danish culture while enjoying delicious food of the area. Dig in to the local favorites in Denmark or join us at NORTH Festival for a taste of the cuisine amidst the NYC bustle.
By VisitDenmark

Why not take a tasting tour of traditional Danish dishes? It’s not only a great way to fill your belly, but you’ll learn a lot about Danish culture and history and meet a lot of Danes along the way. So dig in to a plate of Plaice á la Skagen in North Jutland or pick your favourite pickled herring at Møn in South Sealand. Every region has its speciality and here are some of the highlights.

Danish food has come a long way since the days of cabbage sausage and rib stews. Don’t worry, if giving the old school dishes a taste is up you’re alley, you can still find such dishes at inns and country restaurants. Pork, vegetables and fish were standard fare with pickling, smoking and boiling favored methods of preparation, back when preservation without refrigeration was a necessity. Today, Danish chefs still use many of the same techniques in order to showcase their country’s past, but have incorporated new flavors and modern applications.

The small fishing town of Skagen in North Jutland is the place to try fresh seafood, particularly Brøndum’s Hotel. The town is located in a beautiful coastal area with plentiful fish, but a harsh sandy landscape which makes growing produce difficult. Through this food you will learn of the lay of the land and the overall landscape as you dive into fish, berries, and very little other fresh produce.

Limfjord, a little further south, is where you can taste some of the best eel recipes in Denmark. At Venø Inn in Struer, try their famous rolled eel (rulleål) which is boiled with onions, salt and pepper and served chilled with potatoes. For a taste of the 1700s, head to Sevel Inn in Jutland to gorge on Beer Ribs (Ølben), spareribs marinated and cooked in stout, then left and finally grilled. The perfect accompaniment to a cold beer or the inn’s homemade herb schnapps.

Barge Pullers’ Pot is an intriguingly named dish that dates back to the 1800s, when goods were transported around Denmark by barge. Barge pullers were employed to drag the barges along Denmark’s rivers and canals and it was hard work that was sure to make someone hungry by the end of the day. Inns along the rivers would have pots of pork, beef, vegetables and smoked bacon bubbling away in readiness for the barge pullers at the end of the day. Try a slightly more sophisticated version of the original casserole at Svostrup Inn, a stone’s throw from the River Guden.

South Jutland is also known for sausages. This is the place to be brave and try cabbage sausage, especially around Christmas, at inns in the region. The sausages are only served with cabbage, not made of cabbage! Head to Tyrstrup Inn for a great version of this traditional dish.

Sun eggs (Solæg) are another unusual regional speciality to try. Eggs are cooked with the brown husks from onions and placed in brine for up to three weeks. When they’re ready, you peel and half them, remove the yolk and fill the hole with a mixture of Tabasco, oil, vinegar and mustard before putting the yolk back on top. Buch’s Wine Bar in Haderslev makes a great solæg.

Sakkuk is a kind of flour pudding, served with cured lamb, pork filet, mustard and syrup. Originally served at weddings in olden days, you can still try Sakkuk at several places on the island of Fanø, including Café Nanas Stue in Sønderho. According to tradition, you must wash it down with warm white beer and schnapps.

Aerø is known for its extremely thick pancakes, made by adding yeast to the dough. In the summer, you can try the pancakes with honey and apple sauce at the street stalls at festivals and public events.

Funen omelette is an age-old speciality and Restaurant Carlslund in Odense is famous for its version, which has been on the menu since 1860. The omelette is served with roast pork, rye bread and mustard.

Take a tour of Møn on Zealand, to sample the local herring, known as Herring Bites (Bidesild). This is a centuries-old dish where the herring is marinated in large barrels of brine over many years. Try this dish with bread at restaurants such as Kaj Kok Restaurant in Land Sled. Another popular Møn specialty is wheat cakes, made with very fine flour and coated in cheese. Have these with homemade pickled plums for a delicious lunch. 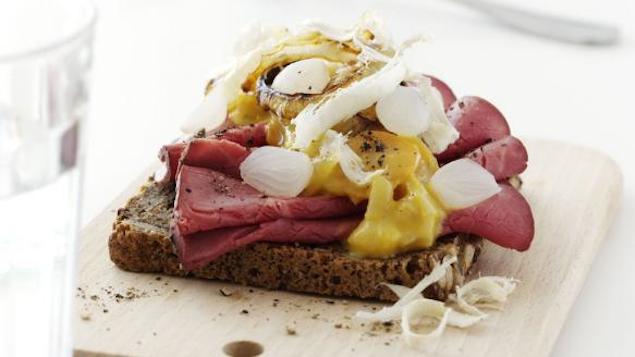 The world-famous, open sandwich on rye bread, smørrebrød, became popular in Denmark’s capital, Copenhagen, in the 1800s. Today, chefs are taking the traditional idea and getting very creative with it. With a variety of mouth-watering toppings and new flavor combinations, the people of Denmark are more excited about the simple sandwich than ever before. Herring, egg, sausage, cured meats and seafood can be piled onto the rye bread along with fresh, local herbs and inventive sauces and preserves. The open-faced dish can be found at pubs, cafés, and just about every restaurant around. A great place to enjoy modern versions of this dish is Ida Davidsen’s shop, where you can choose from 250 different kinds of sandwich. Want to venture into making your own Smørrebrød, well, then there’s an app for that too. http://itunes.apple.com/app/id469367092

You can’t visit Bornholm without a trip to one of the island’s old smokehouses, where you can sample the delicious smoked treats and see how they are made. Sun over Gudhjem is a very famous dish of smoked herring on rye bread, with chives and a raw egg yolk.

Salt-fried herring is another old dish from Bornholm. This is herring that’s been soaking in brine, then dipped in flour and fried in pork fat. A lot more delicious than it sounds! Another traditional food is Gudhjemmadyppa, bacon in sweet and sour sauce. You can try old dishes such as these at Bokulhus Restaurant in Gudhjem and various other restaurants across the island.

Head to Denmark’s varied region for a true adventure in food and history. Learn of preservation, local specialties, and the challenges the early locals of the land had to overcome to plant a crop. For even more on Denmark – www.visitdenmark.com/usa

Enjoy NORTH Festival in New York City this fall as a special Danish treat in the United States.