This Carolina Barbecue Sauce recipe is easy to make and tastes delicious with everything. The homemade sauce is thick, tangy, slightly sweet and so finger lickin’ good you will want to make it again and again. 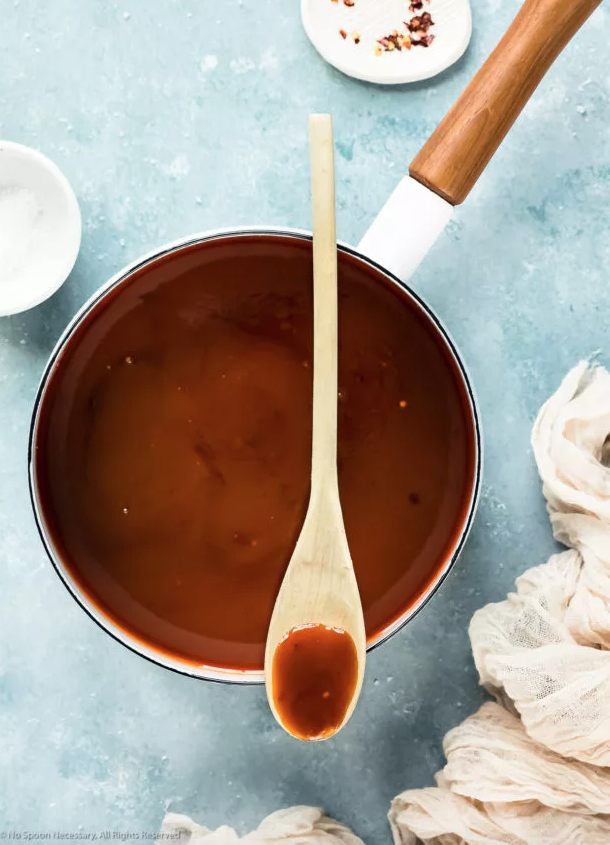 Being a North Carolinian, I am obsessed with our regional barbecue sauces. From Eastern Carolina Vinegar Sauce and Western Carolina Lexington sauce to South Carolina Mustard sauce – I absolutely love them all. However, as much as I adore them each individually, I love them even more COMBINED! And that is what I’m sharing today – a trifecta of yum!

This Carolina-style sauce is a delicious combination of tangy and slightly sweet with a subtle kick! Thick and full of flavor, this multi-purpose sauce is perfect for marinating, grilling, dipping, slathering, smothering and covering EVERYTHING! 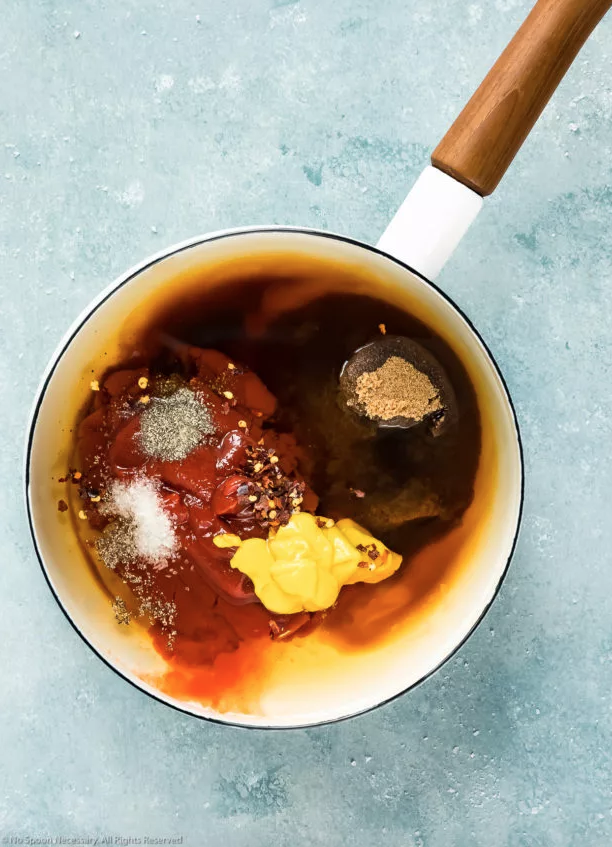 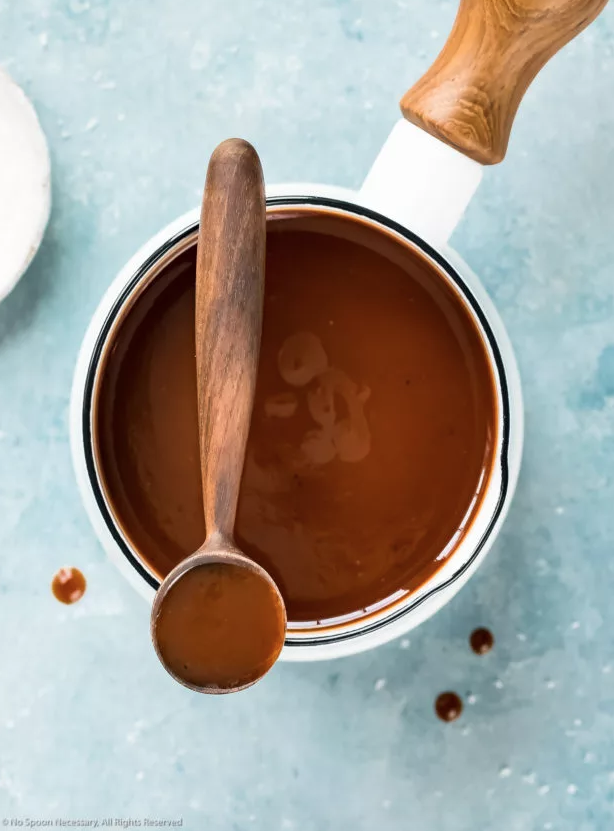 Carolina BBQ sauce styles?
American barbecue is all about low and slow cooked proteins and complimentary, signature sauces. Most regions have their own style of barbecue sauce, ranging from thick and tomato-based to thinner and vinegar-based.

There are three BBQ sauces specific to the Carolinas:

Eastern North Carolina Vinegar BBQ Sauce – Traditional vinegar sauce contains no tomato products, and instead uses a tart combination of vinegar, hot sauce, and spices. Vinegar BBQ sauce is much thinner in consistency than ‘traditional’ BBQ sauce. Tangy and spicy in taste, this sauce perfectly complements the smokiness of barbecued pork.
South Carolina Mustard BBQ Sauce – Traditional mustard sauce, also known as ‘Carolina Gold’, contains a mixture of both yellow mustard and vinegar as well as seasonings. Mustard BBQ sauce is rich, tangy and zingy in flavor which pairs well sweet and smoky pulled pork.
Western North Carolina – Also known as Lexington-style or Piedmont, this sauce is vinegar based and seasoned with ketchup, red pepper flakes, brown sugar, granulated sugar and spices. Western Carolina sauce is slightly sweeter in taste and pairs well with pork shoulder!
This Carolina-style BBQ sauce recipe is a delicious combination that pays homage to all three of the above BBQ sauces!