Chilled soup, silky and cool, with the garden freshness of tomatoes, cucumbers, and peppers, and the flavor packed combination of garlic, oil, and vinegar.
By Bowen Close

Summer in Oregon isn’t exactly the summer I’m used to. I grew up in the rainy, humid, sweltering summers of the Midwest, then spent most of the last decade’s summers in the dry, oven-like heat of inland Southern California. I’m not used to these overcast mornings and cool evenings, where dinner the backyard is more comfortable with sleeves. But don’t take this as a complaint – I’d take chilly over sweaty any day, and am always more comfortable in a sweatshirt than in shorts.

I just say this to point out that gazpacho isn’t quite as necessary here as it is in the sort of summer that keeps you out of the kitchen at all costs – but that doesn’t mean it wasn’t perfect for a post-travel light summer meal, and that I didn’t happily eat it in the backyard with a sweatshirt on. 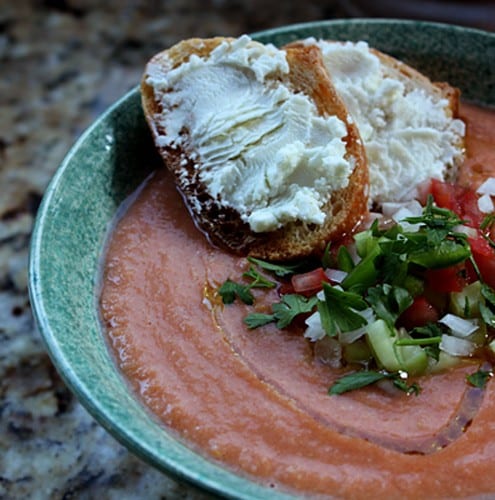 The first time Brett suggested making gazpacho for dinner some years back, I resigned myself to eating a glorified bowl of salsa for dinner and began strategizing some over-the-top, extra-filling dessert to make it feel like an actual meal.  Who eats a cold soup of tomatoes, peppers, and cucumbers and calls that a meal?

I take eating way too seriously to consider such a thing.

But then he came to the table with a bowl of something entirely different. Silky and cool, with the garden freshness of tomatoes, cucumbers, and peppers, and the flavor packed combination of garlic, oil, and vinegar. Crusty bread blended into the soup added texture, flavor, and heft, and emulsified olive oil made it creamy and thick. 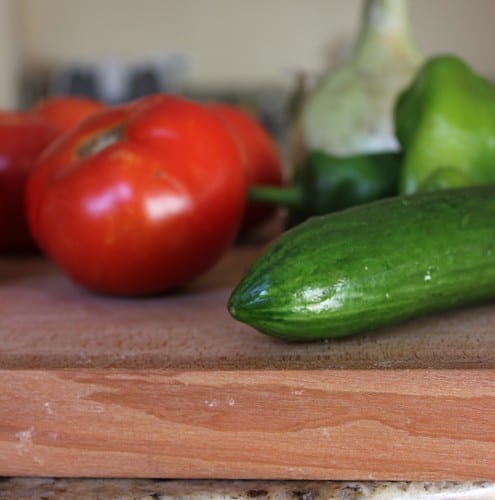 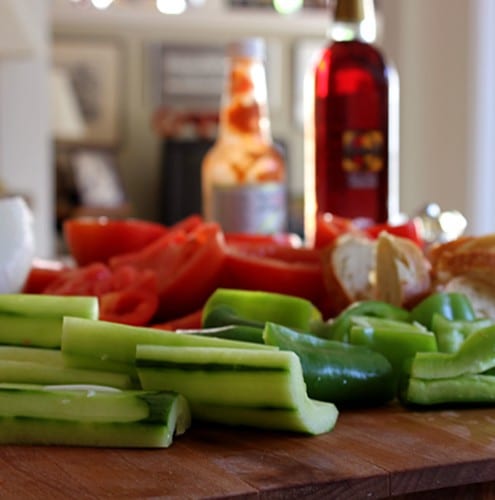 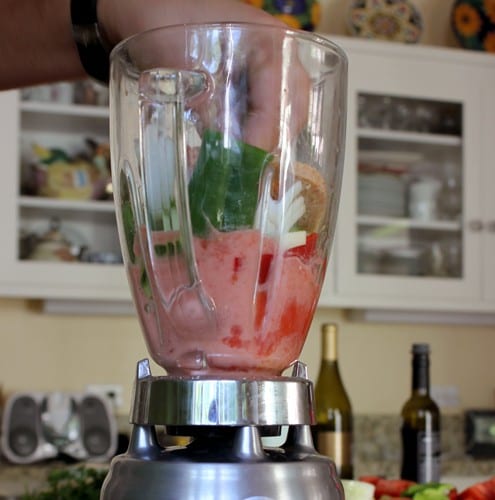 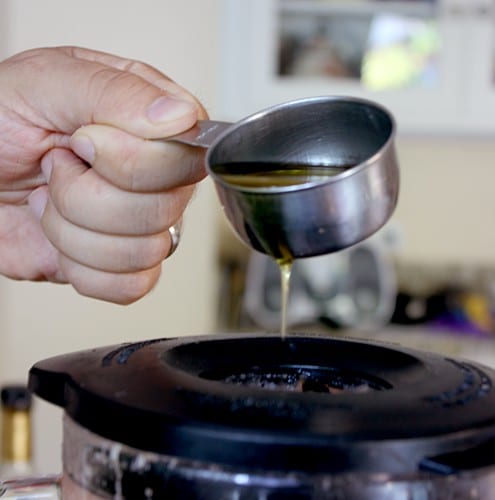 It’s the perfect antidote to a hot day or a summer full of grilled meats and carb-heavy salads, and as easy as it gets. We now make it often during particularly hot times, or lazy times, or when we’ve been eating a little more heavily than we should be. I’ve added a few of my own touches as well – like goat cheese-spread croutons, and a few dashes of hot sauce for a bit of a spicy kick at the back end.

It may not be the most filling meal in the world, but it’s full of flavor and you can always add more garnishes to help bulk it up (think chopped hard-boiled egg, bacon, and hard cheeses). It also makes a great side, particularly to grilled meats, if you don’t want just soup for dinner.

A few crude strokes of a knife, a quick blend, and some adjustments to taste, and you can have in front of you a delicious and healthy dinner, no heat required. Can’t really ask for more than that. 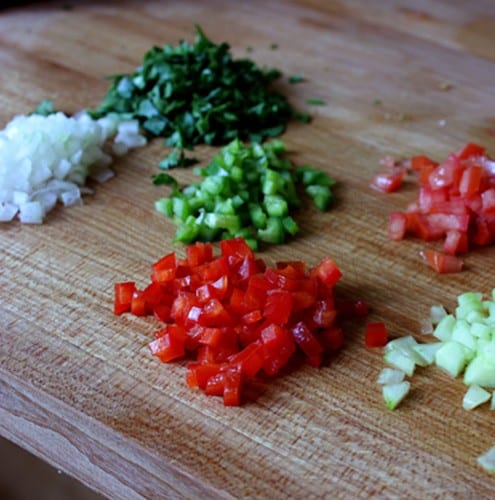 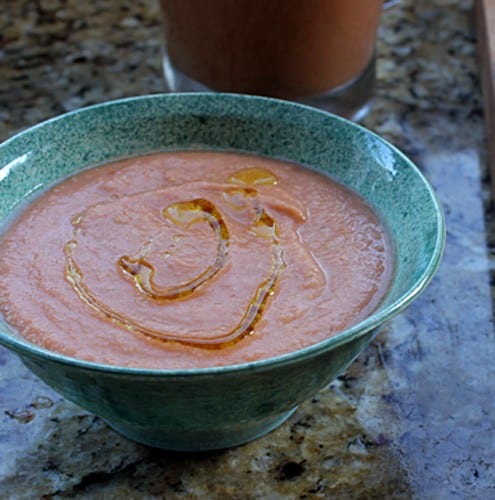 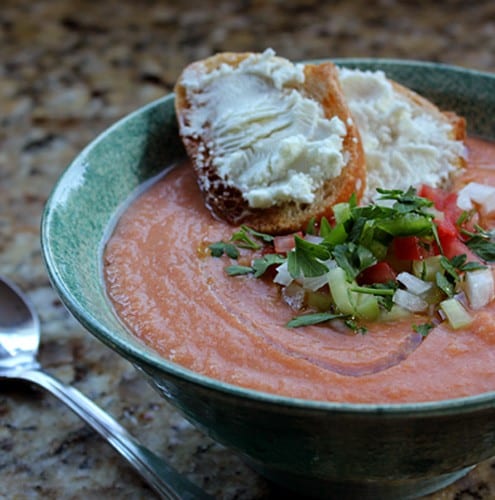 Print
Prep Time
15 mins
Total Time
15 mins
Chilled soup, silky and cool, with the garden freshness of tomatoes, cucumbers, and peppers, and the flavor packed combination of garlic, oil, and vinegar.
Author: Bowen Close (Bowen Appétit)
Recipe Type: Soup - Main or Side
Serves: 4
Ingredients
Instructions
Notes
The quantity of ingredients are not set in stone - if you happen to have more or less of something, that's fine.
2.2.6
Previous Article