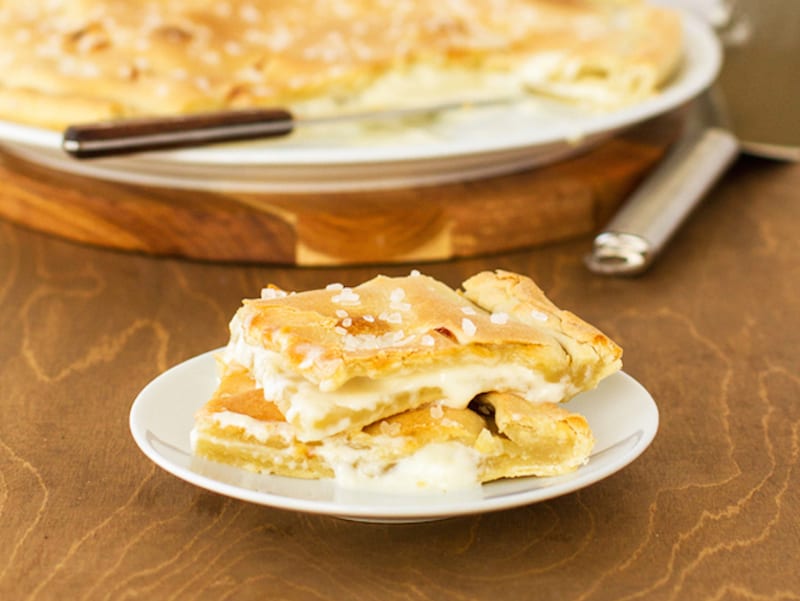 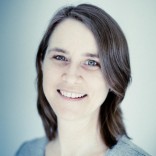 I live in Geneva, Switzerland, where I moved with my…

Focaccia di Recco is an Italian flatbread, stuffed with a cheese called Stracchino or Crescenza. It’s a little messy to eat, but well worth the flavor. 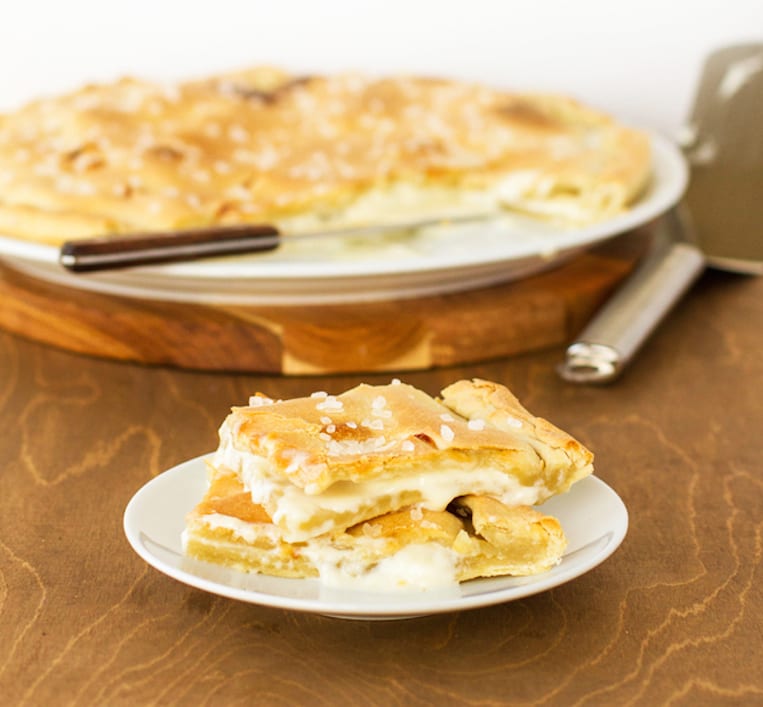 Focaccia di Recco is from the northern coastal region of Italy called Liguria. It is an unleavened flatbread, stuffed with Stracchino (Crescenza), which is a very young cheese with a fine rind barely encapsulating a gooey cheese much like a very thick mascarpone. It is very messy but utterly delicious!

If you can’t get Stracchino (Crescenza), you can use another young, melty cheese – I have used fresh mozzarella with good results.

This recipe will probably make more dough than you need, depending on how léarge you are making your focaccia, but any excess dough can be wrapped well and frozen for several months. Alternatively, you can just make the crust thicker, as I tend to do because it’s easier to handle. 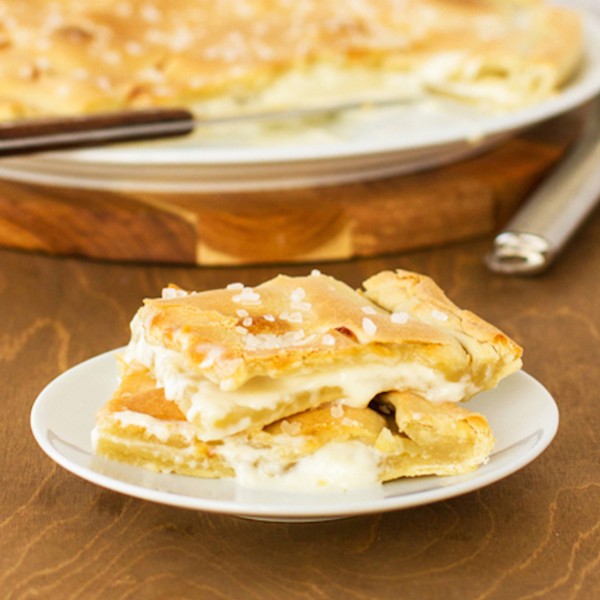 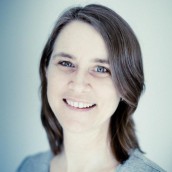 I live in Geneva, Switzerland, where I moved with my family from Australia in 2001. I have a husband whom I adore, two adult sons and a delightful daughter-in-law, I’m an EFL teacher, I love to travel and I spend as much time as possible in the kitchen. Cooking, for me, is all about sharing delicious, healthy and sometimes wickedly indulgent food - either literally, at the table, or metaphorically, via the internet. I have a burning passion for Italian food, I also dabble in Middle Eastern, French and Asian cooking, as well as trying my hand at cakes, desserts and breads. In fact, baking has become a bit of an obsession! I'm always ready for a challenge and I have developed a "never-say-die" attitude in the kitchen.