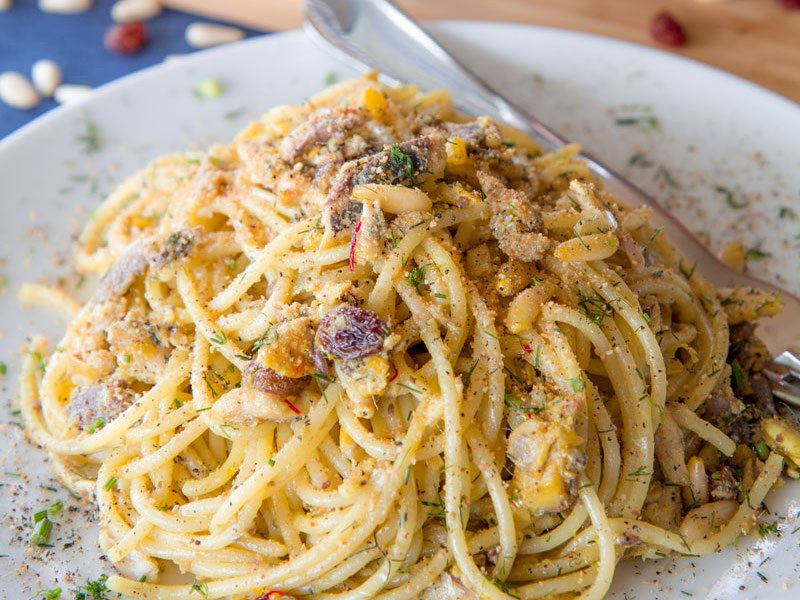 Sardine pasta is a traditional Sicilian delicacy, and, as usual for many Italian recipes, is the protagonist of a legend and a historical fact. The ingredients of this dish are typical of Sicily but also inspired by the foreign occupations of the island into the centuries. Learn the history of the dish. 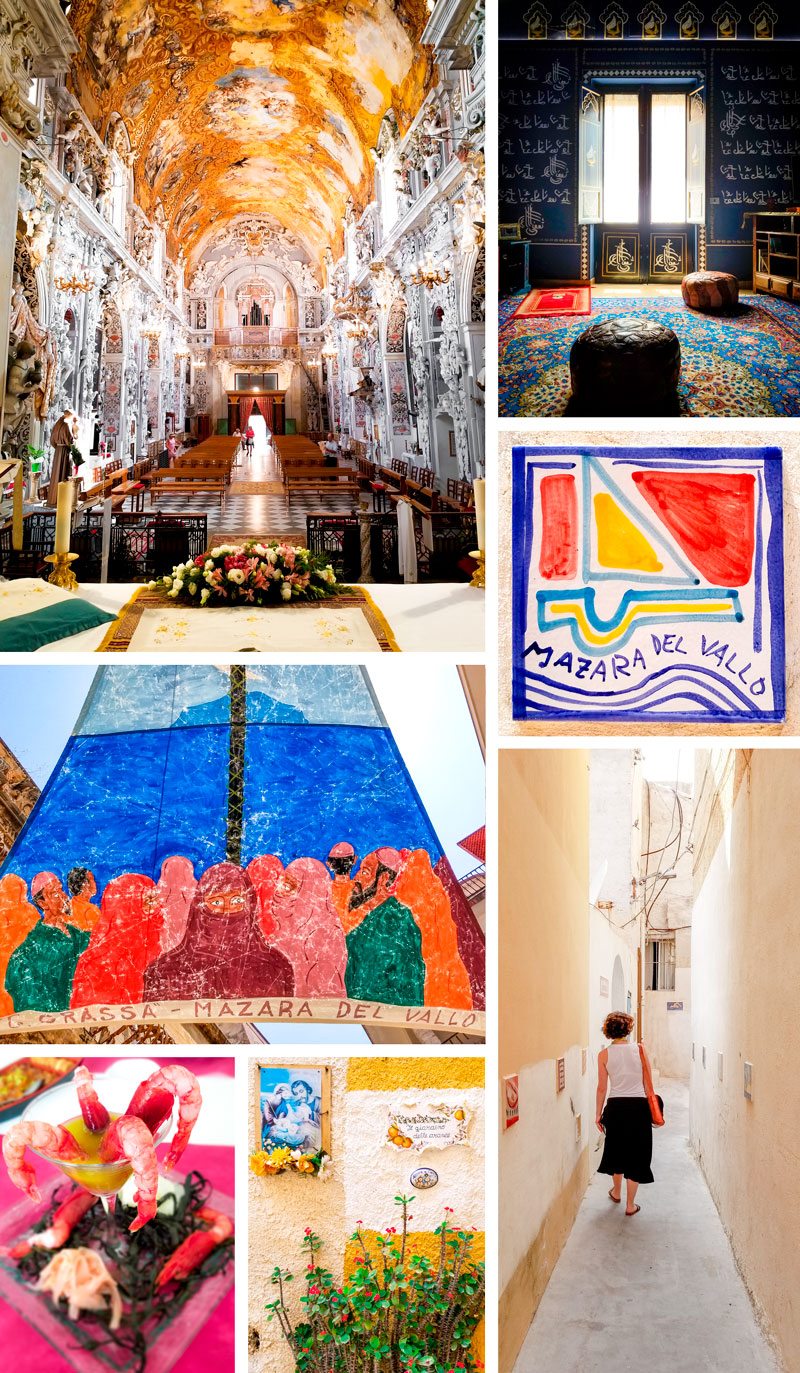 The origin of Sicilian sardines pasta is intertwined with an act of rebellion and revenge.

At the beginning of the 9th Century A.D., Euphemius of Messina, the commander of the Byzantine navy had been a man of power. According to the legend, the influence of Euphemius was too much for the Byzantine empire; so, the Emperor Michael II the Amorian ordered the demotion and the mutilation of the nose of the Commander on charges of the presumed kidnapping and marrying a nun.

In response to that accusations, that Euphemius considered outrageous, the former commander retreated in Africa along with a clutch of trusted men and hooked up with the Saracens.

On June 14 827, Euphemius sailed to the southern coast of Sicily and reached the bay of Capo Granitola, near to Mazara del Vallo after a three-day storm. The Saracens sailors were tired and hungry. The pantry was almost empty, and the soldiers needed an energetic meal before the battle.

At this moment the cook of the boat prepared a dish with the few ingredients at his disposal: wild fennel, pine nuts, dried pasta, saffron, raisin and the sardines caught in the water of the Sicilian bay. The legend says the Sicilian Pasta con le Sarde has been born that day! 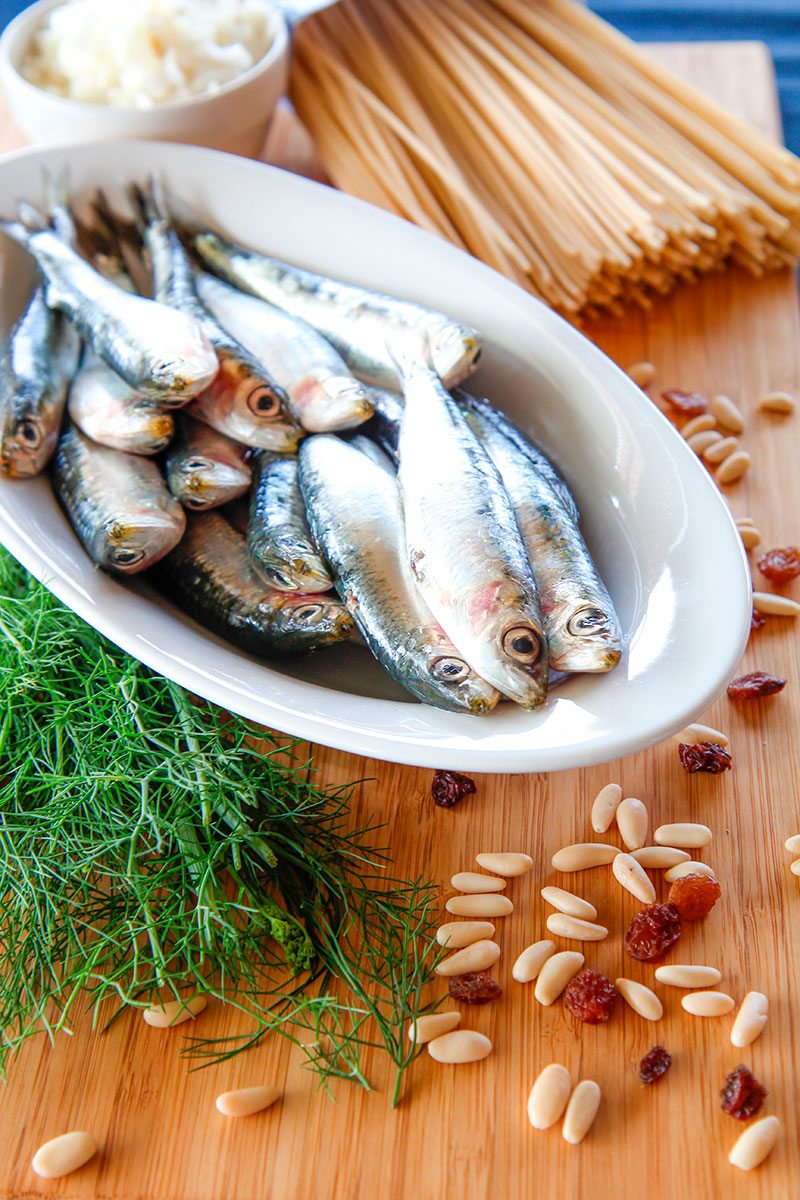 Walking down the streets of Mazara del Vallo, I’m feeling suspended between two continents. The narrow alleys of the Kasbah, a memory of the long Arab occupancy, amplify unique sounds and flavors: sweet and spicy. All over the Arab district, monumental churches rise up, like the Cathedral, built on the same site of the former mosque, and the magnificent baroque San Francis church.

This contamination has been introduced into the local cuisine: along with the local red prawn and the traditional couscous, sardines pasta symbolizes the thin line between two different cultures. The sardines, abundant in the bay, are fresh fished, and seasoned with sweet and sour ingredients typical into the Arab and Italian cuisines, like saffron, pasta, raisin, pine nuts, and wild fennel: an ideal bridge across the Mediterranean sea!

Until a few decades ago, sardines were considered a cheap fish, used as bait to catch bigger fishes, or as an ingredient to prepare the meals for the poor people. The famous peasant recipe sarde al beccafico is the perfect instance of the sardines reputation in the past: stuffed sardine as the imitation of the stuffed wild birds served on the noble’s tables. 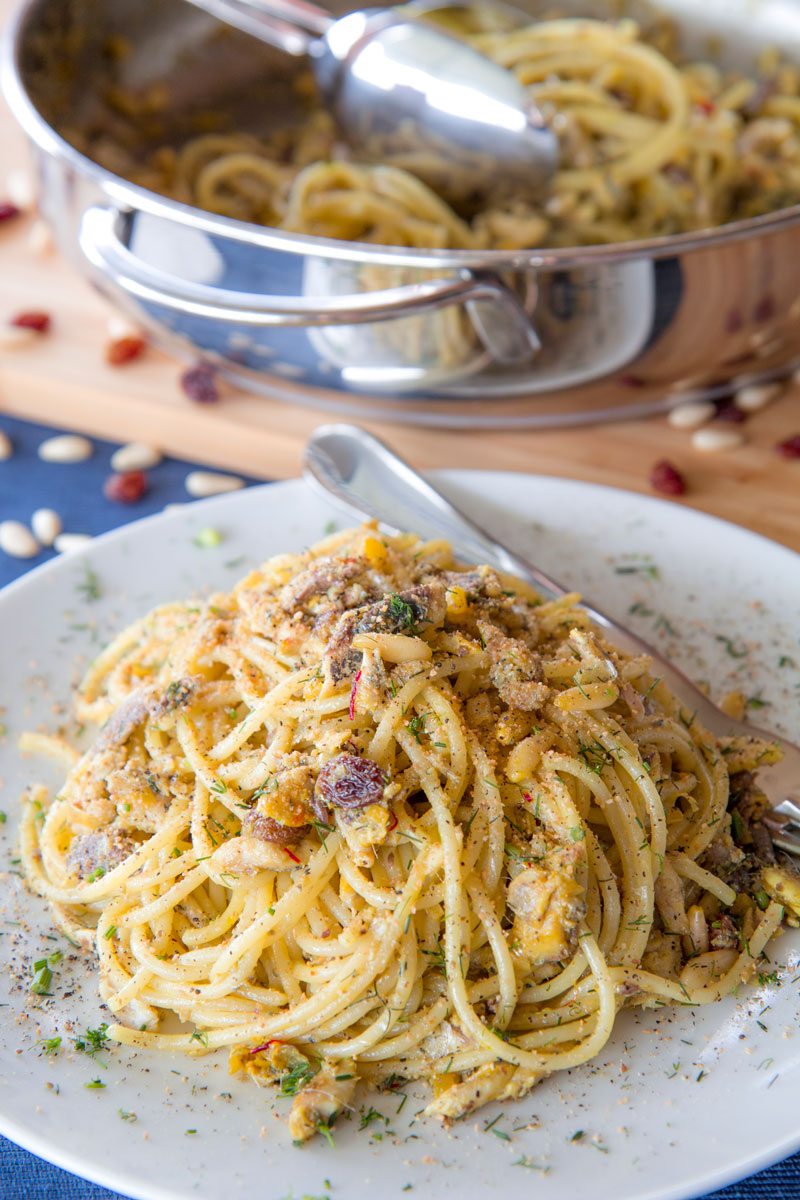 Although the past reputation of poor-quality food, sardines are a powerful boost to stay healthy. Their meat is rich in vitamin D, vitamin B12, calcium, selenium, and proteins. Furthermore, sardines are an excellent supplementation of Omega 3, and very useful for whom have a high prevalence of Hypertriglyceridemia.

Thankfully, in the present days, sarde al beccafico and pasta con le sarde have contributed to clear the name of the sardines, thanks to their delicious taste: a pleasure for the stomach in the interest of a salutary diet!

Legend has it that pasta con le sarde has been born in Mazara del Vallo. But, the rapid evolution and diffusion of this recipe make virtually impossible to confirm the story behind this dish. Nowadays, pasta con le sarde is considered just a Sicilian recipe with some local variations.

Palermo is the city that claims more vigorously the birth of sardines pasta. The Palermitan recipe requires a sauce absolutely without tomato sauce.

Tomato sauce is present in the variation traditional in the Enna province, whereas in Agrigento is common to use a splash of tomato paste.

In Messina, the sauce is totally white, without even the saffron.

Another variation of sardines pasta created by the Sicilian immigrants in Milan is named A la Milanisa: made with sardines preserved in salt given the lack of fresh fish.

Eventually, the pasta alle sarde a mare (sardines in the sea pasta) is a variation prepared with all the traditional ingredients except the fish, that as the title of the dish says, remains in the sea! 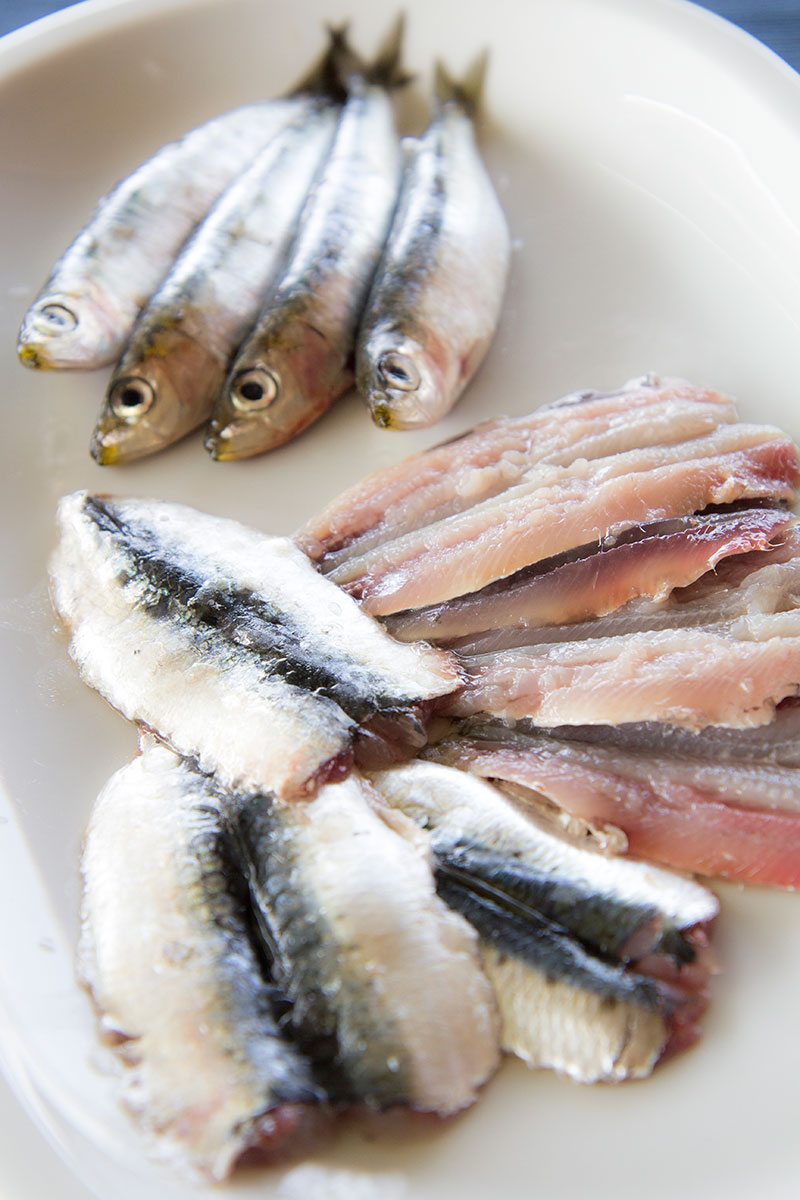 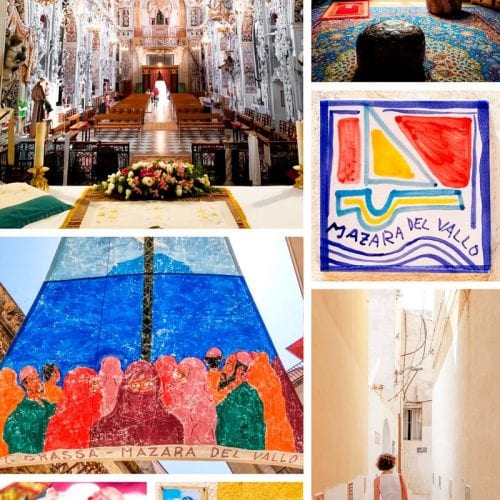 Filippo Trapella
Sardine pasta is a traditional Sicilian delicacy, and, as usual for many Italian recipes, is the protagonist of a legend and a historical fact. The ingredients of this dish are typical of Sicily but also inspired by the foreign occupations of the island into the centuries. Learn the history of the dish.
Print Recipe Pin Recipe
Course Main
Cuisine Italian
Servings 4 servings