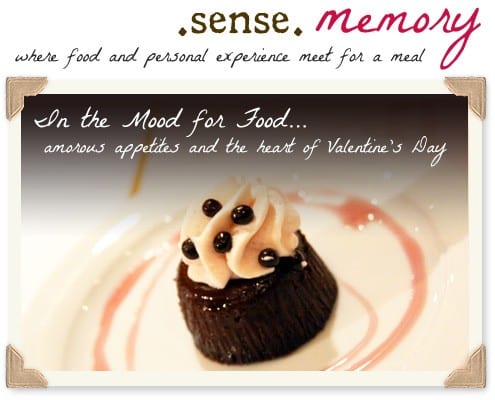 Love it or leave it, Valentine’s Day is on its way, poised with an arrow aimed straight at your gut.
By Denise Sakaki

It’s a frantic few days in February, only barely recovered from the holidays, when you’re under the gun to find the just-perfect artisanal sweets or book a restaurant offering the most decadent dinner to make Emperor Nero blush.  Over a billion boxes of chocolate are sold throughout the United States every year; upwards of $450 million dollars’ worth of  nuts n’ chews and chocolate-covered what-have-you’s are purchased during the week of February 14th.  And when lovebirds are toasting glasses of bubbly, they’re part of the over 800,000 bottles of sparkling wine or Champagne that are sold during this time. Christmas or New Years drum up more overall sales, but Valentine’s Day is the one holiday where  people are apt to spend more for a bottle of The Good Stuff, as much as 5% more than any other celebratory time.  For a holiday that’s supposed to celebrate one’s beloved, it sure seems like a lot of fuss and bother over love and food.

So is there any real meaning behind any of this?

Despite the commercialized takeover, Valentine’s Day was not always a box of sticky-sweet chocolates.  The true heart of the holiday can be dated as far back as the Medieval period with English poet Geoffrey Chaucer, who mentions a Saint Valentine’s Day, where birds find their mates, in his Parliament of Foules poem, commemorating the engagement of King Richard II. There’s no indication Chaucer’s poem was singling out February 14th as a great big day of fluffy heart-shaped love – unlikely, as birds wouldn’t be mating in the cold of winter – but it put a pleasant flourish on that old chestnut of courtly love.  Vintage romanticism really was quite a thing to behold: the celebration of chivalry, well-mannered sentiments, and a need to express one’s affection for another through stately gestures. Whether or not those gestures include strong-arming the host at your favorite restaurant on Valentine’s night for a table for two, we’ll leave that up to the poets to decide.

Of course affections naturally translate to food – we equate our appreciation for another by a lengthy meal preparation or the serving of a rare , love-themed dish. For Valentine’s Day, popular choices are wine and raw oysters to make a meal feel amorous. One could go the really obscure aphrodisiac route and have a bit of ambergris or maybe some balut — fertilized duck embryo, anyone? While the efficacy of food as an actual love charm is arguable, consider chocolate, while a sweet treat, contains trace elements of a chemical called phenethylamine, a compound associated with stimulation and attraction. Of course science has yet to qualify a chocolate bar as a dangerous influence, but it does speak to its association with it being an aphrodisiac. Even in savory foods,  the rare spice of saffron developed an amorous profile from a history as an ancient influencer of moods.  Crocin, the natural compound that gives saffron its intense golden color, has been known to help lab rats develop feelings beyond fuzzy friendship. While there’s no proof that eating spoonfuls of the stuff will making anyone a love machine, the potency of these foods and their mythic pasts persist in our modern era. There may not be a true science behind any of it, but we appreciate the exotic nature behind ingredients that are precious or rare, and much like the olden times of courtly love, they become significant as a token of affection. In that way, it’s arguable that the aphrodisiac qualities of foods exist, less in the chemistry of the body, more in the spirit of the heart.

So is it all truly Love’s Labour Lost when it comes to Valentine’s Day? Does a history of chivalrous love and ancient love remedies balance out the commercialized image of a chubby little winged baby with a bow and arrow? Like most occasions, it all comes down to intent. Go ahead and give that heart-shaped box of chocolates or wrangle a reservation at a  favorite restaurant. If a lovingly-chosen bite of food represents the best of what that affection means, then the key to a person’s heart can truly be their stomach.

Cupid, you may fire when ready.