Loaded with ham and cheese, these savory Manchego waffles are the perfect breakfast if you don’t have a sweet tooth in the morning. 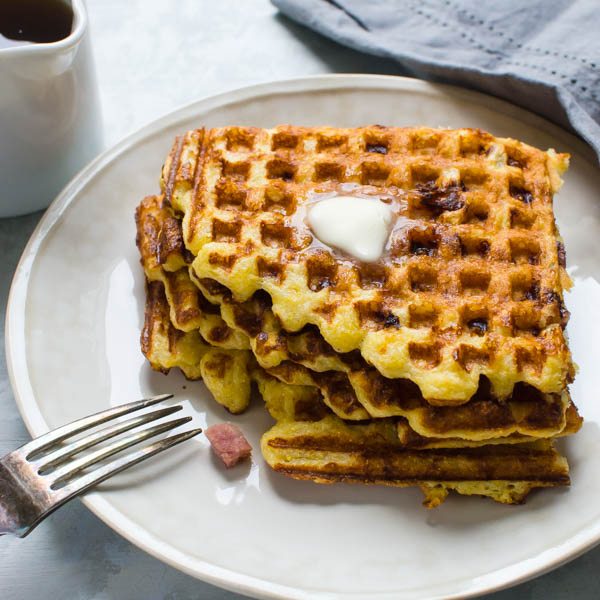 Are you a savory or sweet breakfast person? Do you prefer bacon and eggs or a short stack? When you go out for breakfast, does your selection come with a dusting of powdered sugar or a sprig of parsley? In this case, it doesn’t matter, because I’m satisfying both types of people today with Ham and Manchego Waffles. 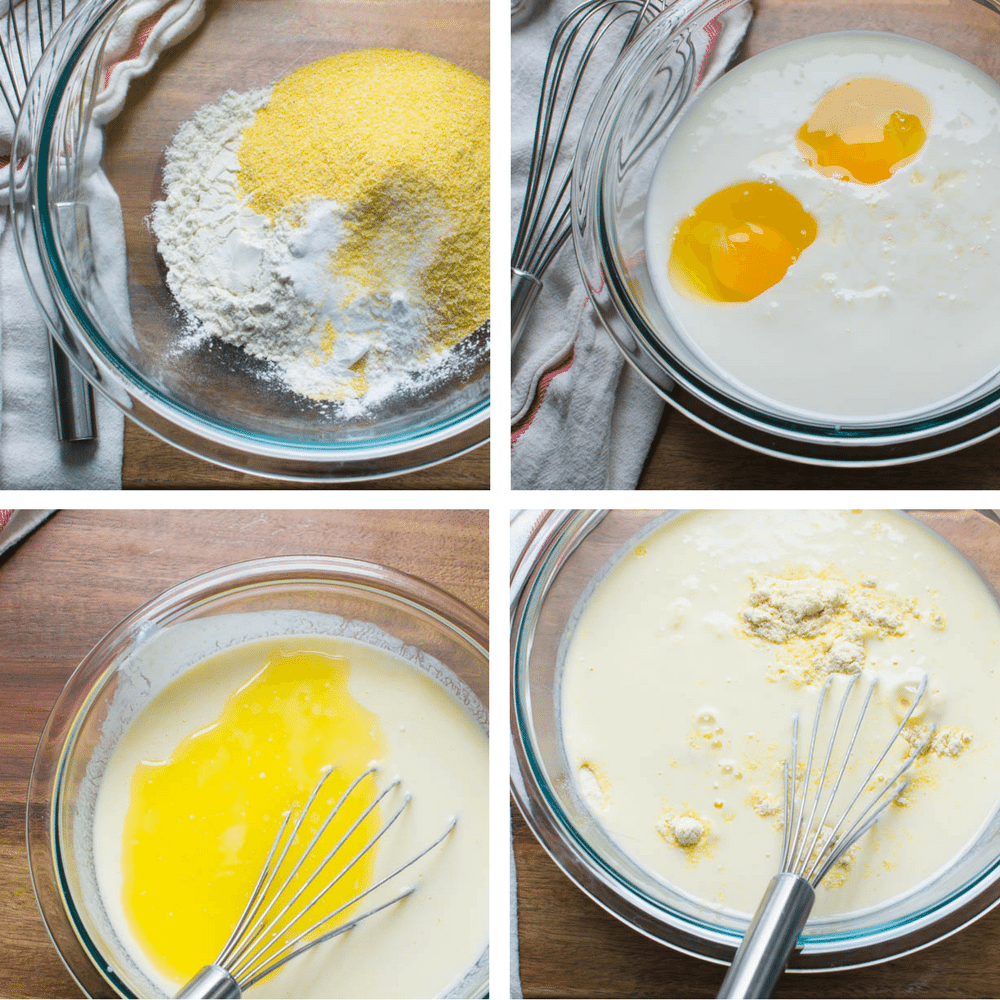 This is my standard buttermilk waffle recipe, but I’ve replaced some of the flour with cornmeal. Cornmeal waffles have a sturdier texture and crunch than plain waffles and my family really enjoys them. Don’t worry, they don’t taste like a corn muffin AT ALL. Instead, it’s more like a traditional savory buttermilk waffles recipe with a little extra oomph. 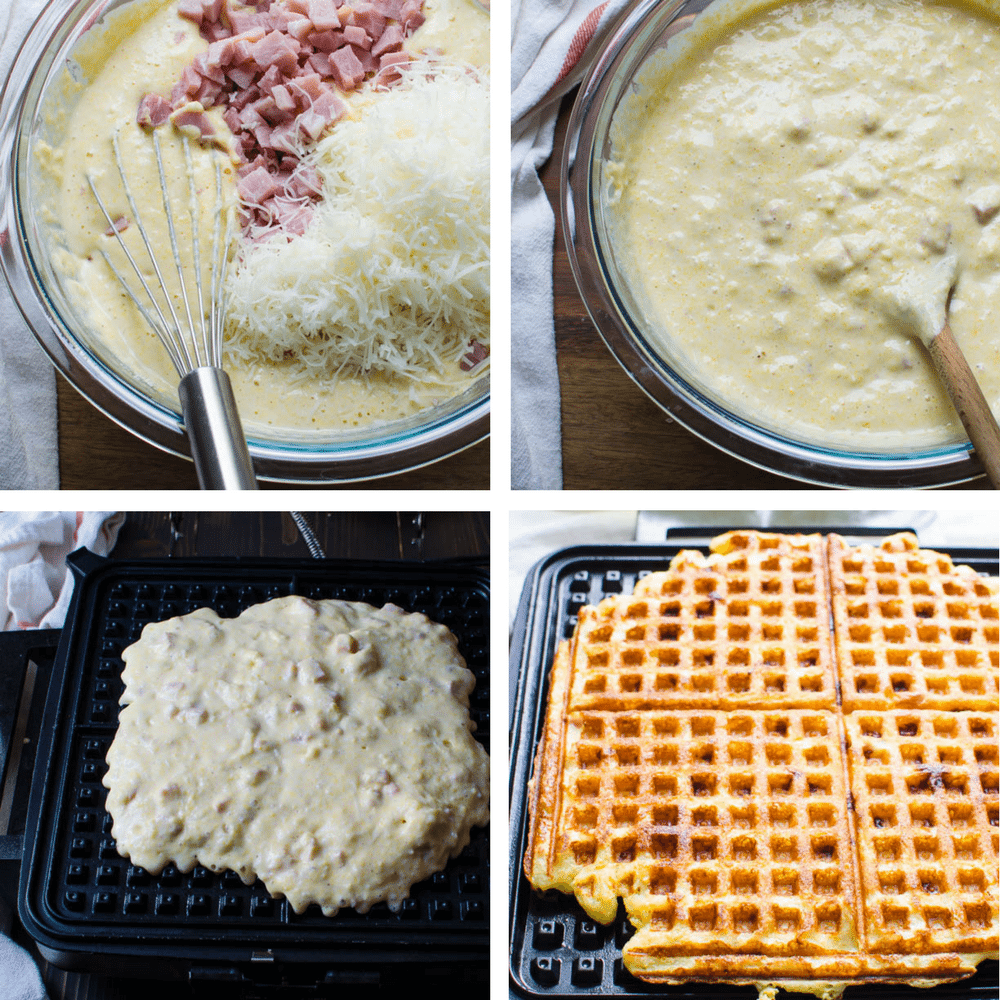 The diced ham and shredded manchego cheese add another dimension to these griddled cakes, too. Because they’re mixed into the batter, every bite gets a bit of salty delight. Note: if you’ve never tried a ham and cheese waffle, you need to make a point to have ’em this weekend. 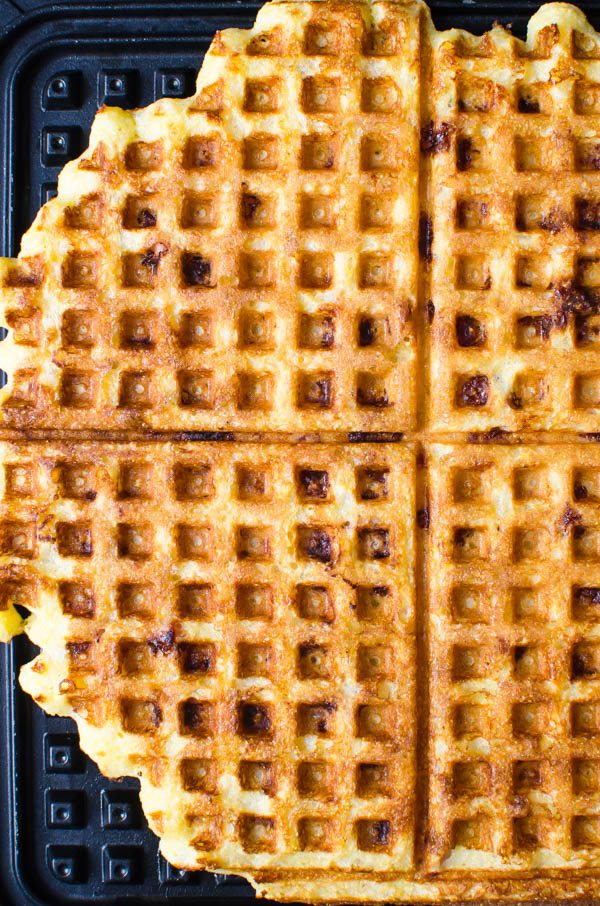 If you’re a purist, these Ham and Manchego Waffles don’t need more than a pat of butter and pour of warm maple syrup (real maple syrup — not that Aunt Jemima crap.) However, if you’re like me — and want it all — top it with a fried egg and a side of bacon or sausage.

These waffles are crispy and savory with a hearty chew and frankly, they’ll be ready and on your plate in less time than going to your favorite breakfast dive. In fact, when I ask Siri, for the “Best Waffles Near Me” she replies, “At home, silly.” 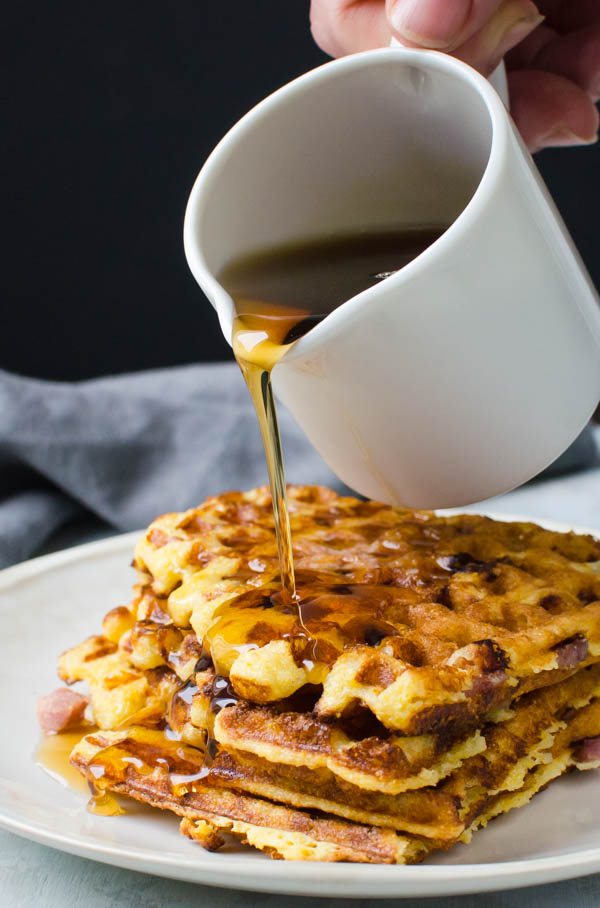 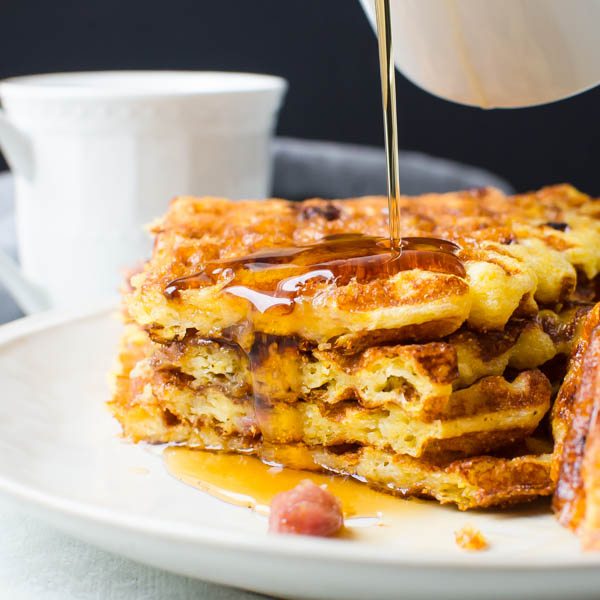 Perfect Snacks for the Afternoon Munchies