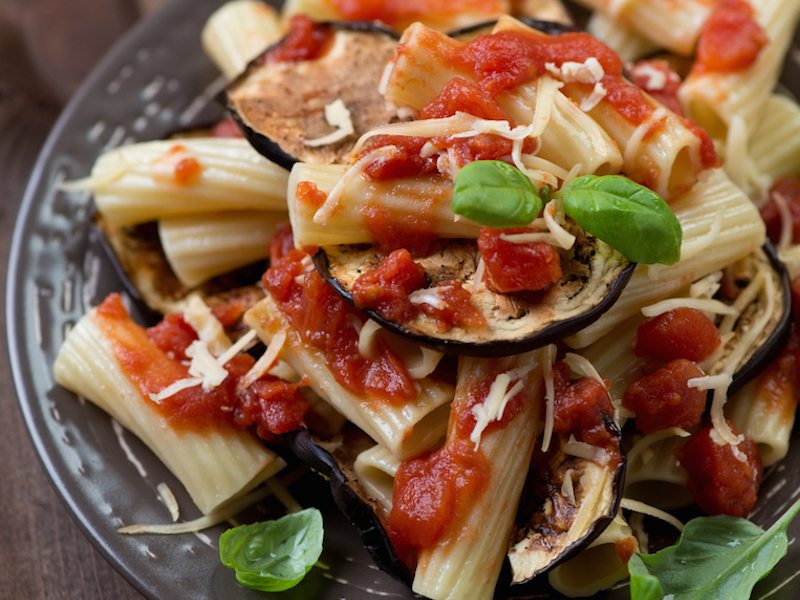 A seaport on the east coast of Sicily, Catania is a world of lava, rich pistachios, and delicious pasta. 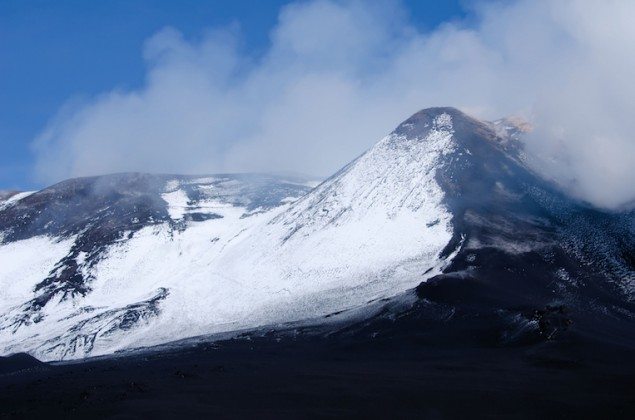 A seaport on the east coast of Sicily, in Southern Italy, Catania is the second largest municipality by population of the Island after Palermo and is the center of the largest conurbation in Sicily. Explore their world of lava, rich pistachios, and delicious pasta. 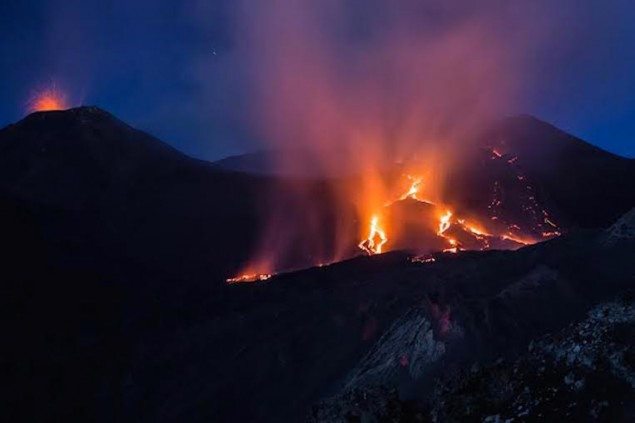 Founded in 729 B.C. by Calcidesi, Catania has a long history, characterized by various dominations (among the most important, Greeks, Romans and Normans), the remains of which enrich its artistic, architectural and cultural heritage. Under the Aragonese dynasty it was the capital of the Kingdom of Sicily.

Throughout its history, Catania was repeatedly affected by volcanic eruptions (the most impressive, in historical times, is that of 1669) and earthquakes that have not destroyed the beauty of a city unique for its particular geography, divided between the sea and the volcano. Catania is one of the few cities in Italy to offer such varied landscapes concentrated in one site: a volcano, the sea and the beaches of various backgrounds (sandy and volcanic) and the so-called “Piana di Catania”. The “Piana di Catania” is among the most cultivated areas of Sicily, full of orange and lemon groves, whose area closest to the sea is the “Simeto Oasis” (named after the river Simeto), a nature reserve of 2,000 hectares.

The baroque and the lava stone characterize the city, completely rebuilt at the end of the seventeenth century after a devastating earthquake and equally shattering eruption. The baroque old town is a UNESCO World Heritage Site.

The symbol of the city, is the elephant, also called “U’Liotru”, built in lava stone. Via Etnea is the oldest and most famous street of the city and is 3 km long. It crosses Catania from south to north, starting from Piazza del Duomo with the perspective of Mount Etna. Via Crociferi, considered the most beautiful street of the city, is surrounded by churches and monasteries. It is a rare example of Sicilian Baroque. Villa Bellini is the largest and oldest park in the city, dedicated to Vincenzo Bellini, the famous composer and musician born in Catania.

Because of the various earthquakes and lava flows there are not many traces of the Greek period. Best luck had the Roman monuments that have survived until today. The Roman Theatre, the Odeon, the Amphitheatre, the “Terme dell’Indirizzo”, the “Terme Anchilliane” and some funerary buildings, are the most visible ruins of the Roman era in Catania. 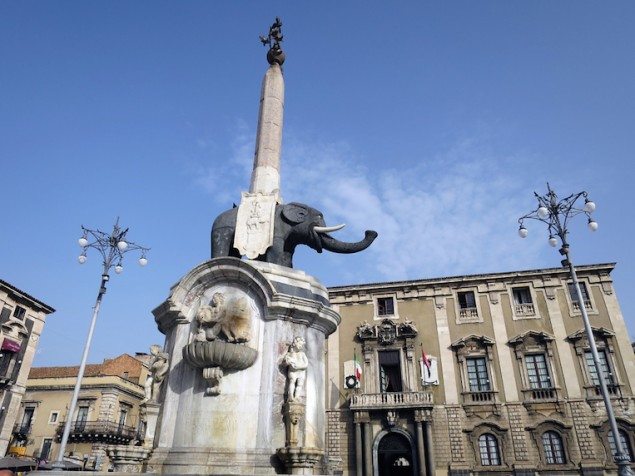 One of the most characteristic places of Catania is the fish market, the “Pescheria”, a mosaic of colors, sounds and smells, which attracts tourists, especially foreigners who come to the city just to visit this market.

A major attraction of the city, is the “Chiosco”, serving refreshing drinks summer, typical of urban culture. The most famous drink can be enjoyed at the kiosk is the soda, lemon juice and salt, a very refreshing recipe, like the mandarin-lemon, made with mandarin syrup and lemon juice squeezed on the spot.

Catania and its volcano:
Etna, UNESCO World Heritage, is the symbol par excellence of the city. Also known as Mongibello from the Latin-Arabic “Mons” and “Jebel”, “the Great Mountain”, Etna is the highest active volcano in Europe (3343 meters) and one of the busiest in the world. A show that never ceases to amaze and that, in recent months, has resumed its eruptive activity, offering unique emotions to the many tourists in Sicily just to see live (with guided tours) explosions and lava flows of this last eruption. The volcano is surrounded by a vast protected area: the Park of Etna.

The lava that destroys everything is valuable material that, once it becomes cold, it turns into lava rock. The lava stone is processed and used in the construction of houses for the creation of jewelry and also designer clothes, as it is capable of doing the Italian fashion designer Marella Ferrera, born in Catania.

The Etna wine roads:
On the slopes of Etna, the wine has one of its best expressions. Since ancient times, the ancient and noble drink has been, for the people of this land, a valuable source of business. The wines of Etna have a strong personality and express the strength of the place, the passion of those who work and the contrasts of a land “flooded” with light almost every day of the year. The wine roads of Mount Etna are a tourist route that is designed to enhance and stimulate the wine-growing regions. An itinerary that includes vineyards, wineries and farms, wineries, wine museums, information centers and acceptance, companies that specialize in local products of quality, tourist facilities, natural values, cultural and environmental. In these places comes the ETNA DOC. A wine to try, know and taste through the discovery of the Etna streets, its breathtaking views and its unique landscapes. 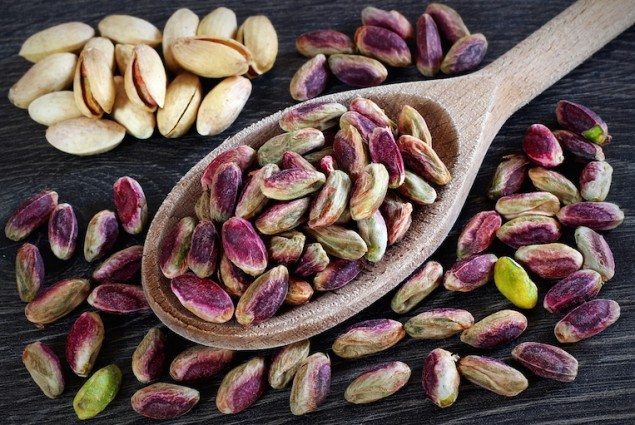 Pistachio: the green gold of Sicily
The Sicilian pistachio is also called “green gold” because it is difficult to grow, and just like gold, hard to find. Sicily is the only Italian region that produces pistachio but not all areas of the island are suitable to produce it and that’s what makes it even more valuable.

The best varieties of pistachio (PDO) grows on the slopes of Etna on the rough terrain of the small village of Bronte, a few kilometers from Catania. The entire economy of this small town revolves around the “Green gold”: there are those who cultivate it, who collects, who sells, who turns it into cakes, creams, pesto and anything else edible. Pistachio harvest is done in odd years between the end of August and beginning of September. In even years the plants are pruned, a tradition that has been handed down from father to son, which dates back to the Arab domination. During the rest of the year, the plant stores all the energy it absorbs from the soil and lava all the substances necessary to produce a rich fruit aromas and flavors in the following season. The quality of the lava soil, fertilized continuously from volcanic ash, the microclimate of Etna and the cycle of annual rest make the pistachio different from any other starting with the color. The color of the pistachio from Bronte is unique as its intense flavor: deep emerald green with purplish. Pistachio harvest is very complicated due to the steep environment in which the plant is grown and involves considerable labor input. The collection is still done in full manual control. This dramatically increases the price compared to other pistachios. Every year at the end of September, the “Festival of pistachio”, in Bronte, attracts tourists of all nationalities and insiders. 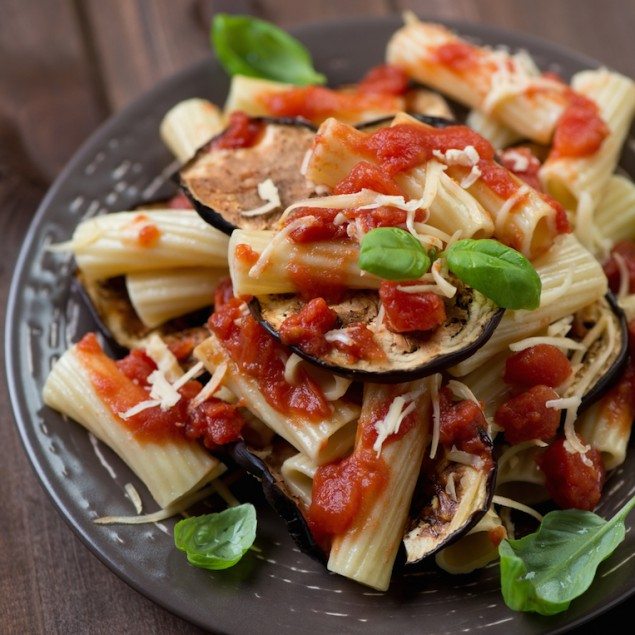 Catania and its typical dish:
Catania offers a rich gastronomic tradition, typically Sicilian. Famous are “Arancini”, small fried rice balls with various types of savory fillings: meat sauce, vegetables, cheeses (in Western Sicily, they are called “Arancine”), memorable are “Sicilian Cassata”, “Cannoli”, “Marzipan”, “Almond paste” and other varieties of cookies made with almonds or pistachios. But the main dish par excellence is “Pasta alla Norma”, so called in honor of Vincenzo Bellini’s opera “Norma” (his masterpiece).

Ricotta salata (salty ricotta cheese) gives personality to the recipe. The addition of salt, two months of age and some pressing, confer to this sheep milk cheese a fresh and unmistakable taste. A good quality ricotta (available in Italian specialty food store or supermarkets) makes special this dish. 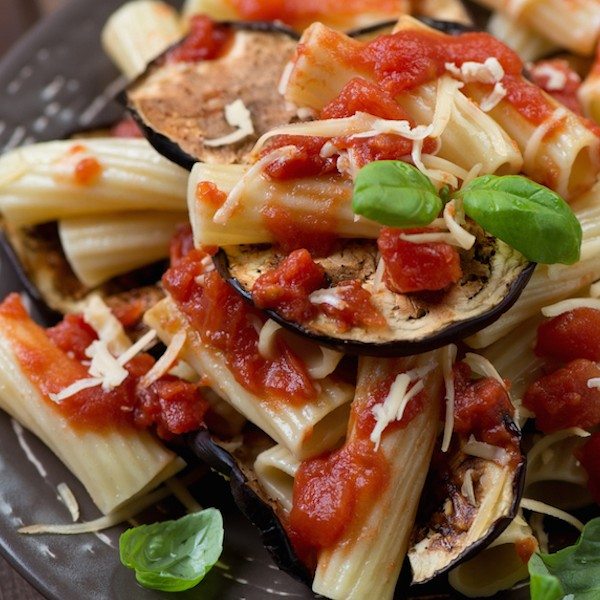