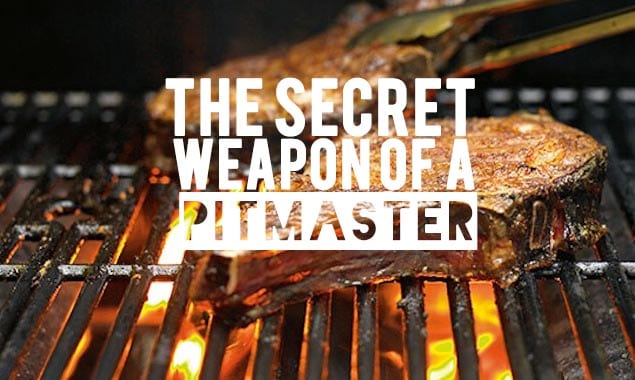 Ray Lampe, also known as Dr. BBQ, lets us in on the world of a pitmaster. The key ingredients of barbecue success is simply time and patience. But in a world where time is money the key ingredient doesn’t come easily, and earning the coveted title warrants celebrity status.
By Annelise McAuliffe 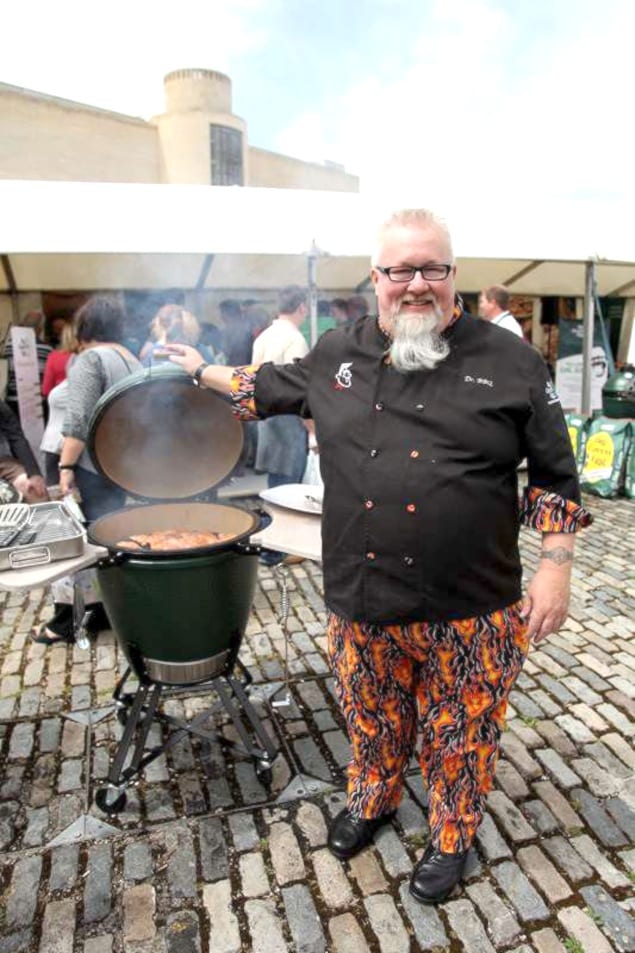 www.cakechooser.com
There is such a thing as too much barbecue. Even pitmaster, Ray Lampe, also known as Dr. BBQ, agrees. However, Ray also believes that it would take a lot of grilled foods to get there. Dr. BBQ whole-heartedly recommends a healthy dose of smoked foods as a part of a balanced diet and the skills to grill as a sign of a competent cook.

Ray Lampe grew up in Chicago. One might not think of the Windy City as the landscape to inspire barbecuing, but after his first grilling competition in 1982, Ray soon found himself traveling the country and making his hobby into a career.

While the official, or unofficial, title may be a new phenomenon, being a pitmaster is nothing new. Recent discoveries have found that Ancient Greeks used portable clay trays to grill their meats over hot coals. To most grillers around the world this makes perfect sense. Whether it is tailgating, camping, or just a beautiful day, it makes sense to have a portable, delicious way to cook and create.

Dr. BBQ has cooked in styles and with seasonings reflecting the grilling techniques from global cuisines, but he insists he has never seen anything like American barbecue. For him, real American barbecue is cooked low and slow with wood added for flavor. If you’re looking for a wood suggestion, it really is up to personal preference. Pitmasters tend to use cherry, pecan, hickory, and oak woods for their smoking. “You can use gas as a fuel as long as you add the right amount of wood for flavor and you can bump the temp up a little from the traditional 225 but if you get too hot you’re just roasting or braising,” cautions Ray. “Wrapping the meat in aluminum foil is totally acceptable, don’t believe all the hype. It’s used by many great pitmasters.” Despite common misconceptions, American barbecue is about the social process and highlighting the meat’s natural flavors, while the sauce or seasoning is secondary. According to Ray,”Real BBQ is NOT about barbecue sauce or too much smoke.” 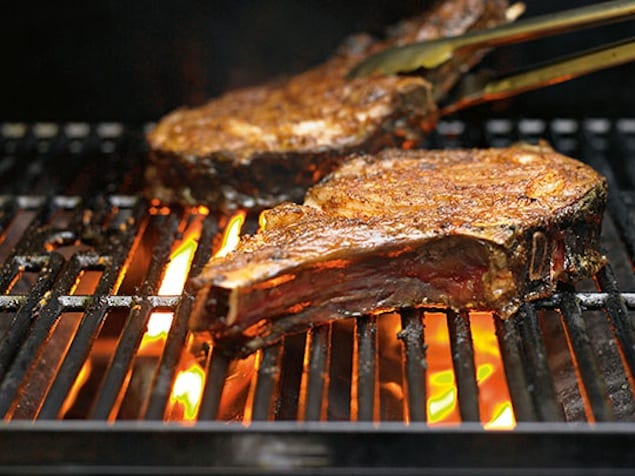 http://www.drbbq.com
Warm weather and the desire for a longer grilling season, is what pulled Mr. Lampe from the bustling city of Chicago to Florida. He wanted to be fully immersed and surrounded by the barbecue culture. After hearing him describe the process I don’t blame him. “The process of cooking something for 12 plus hours makes it an event that is anticipated by all who will come to eat it and a whole other event for those who will watch the fire and tell the stories and enjoy the peace and quiet of the Low and Slow,” Ray elaborates, “Add to that the mystical genius who is in charge of the seasoning with his secret rubs, marinades and sauces. He’s revered and is assumed to have super powers that mere mortals could never master. After all of that it’s a pretty good meal, too.”

Being a pitmaster means using the tools you have, but it does not always mean bringing out the expensive gadgets. While the barbecue gadgetry market has been booming in an attempt to make it more assessable, and maybe even bring more women to the pit, one wouldn’t find high-tech devices in the hand of most pitmasters. Dr. BBQ insists that items such as fancy smoke guns or specialized racks are not needed to make delicious barbecue. He prefers a real wood fire and plenty of time. The true secret weapon of a bit master is patience. Low and slow is the reoccurring tune of success for these talented cooks. Pitmaster Ray agrees, “You have to take your time and let the meat bathe in real wood smoke.”

So how does one become a pitmaster? Surprisingly there is no certification, master class, or rigorous test to become a pitmaster. Lampe has been barbecuing and competing with a cold beverage in one hand and a utensil in the other for over thirty years. While he has definitely made his way into the mysterious class of grill gurus, it is not as simple as grabbing a beer and standing in front of a grill to earn such an esteemed title. The entire process takes time and plenty of patience. For Dr. BBQ this journey has included cookbooks, TV shows, participating as a judge, and continuing to participate in countless competitions. One look at his résumé and there is no doubt about his pitmaster status. 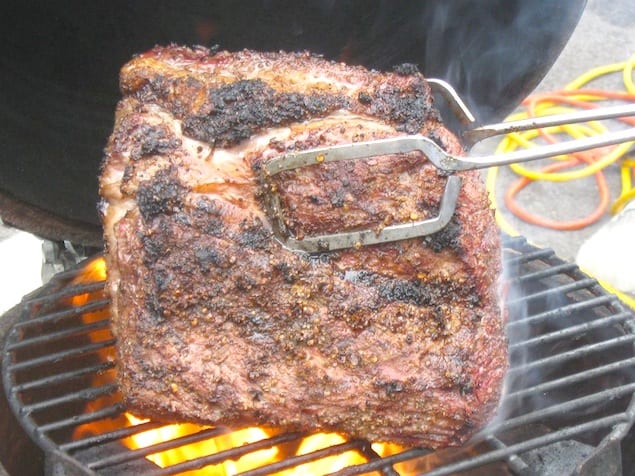 Photo Credit: Dr. BBQ Facebook
If you are never asked to travel cross-country to compete in contests or join the cast of TLC’s BBQ Pitmasters it doesn’t mean you can’t barbecue like Ray. First, when choosing a piece of meat to grill don’t be swayed by the traditional cuts. Ask your local butcher for underdog pieces, such as the Denver steak, that are usually more flavorful and less expensive. And if you’d rather grill pork, you and Dr. BBQ have one more thing in common. When choosing his soon-to-be masterpiece, Ray aims for a large ten pound portion with a fat cap on top and plenty of marbling throughout. The cap on top and the fat within will continue to baste the meat throughout the twelve hour cooking process. When it’s all said and done, you will have a meal fit for a barbecue king. Ray paints a picture we will all be dreaming about until we get our next barbecue fix, “The outside will be brown, smoky and deeply tasty like a roux and the inside will be meltingly tender and juicy. Mix the inside and outside meat together for BBQ nirvana.” And if you’re anything like the professional pitmasters you will do it all with a beer or a jack and coke in your hand. Just remember to be patient, low and slow.