Hearty, cozy, meatless. This Indian red lentil soup, also known as Bombay Dal Soup, is made with warming spices that are commonly found in Indian cooking for a perfect meal on a cold day. 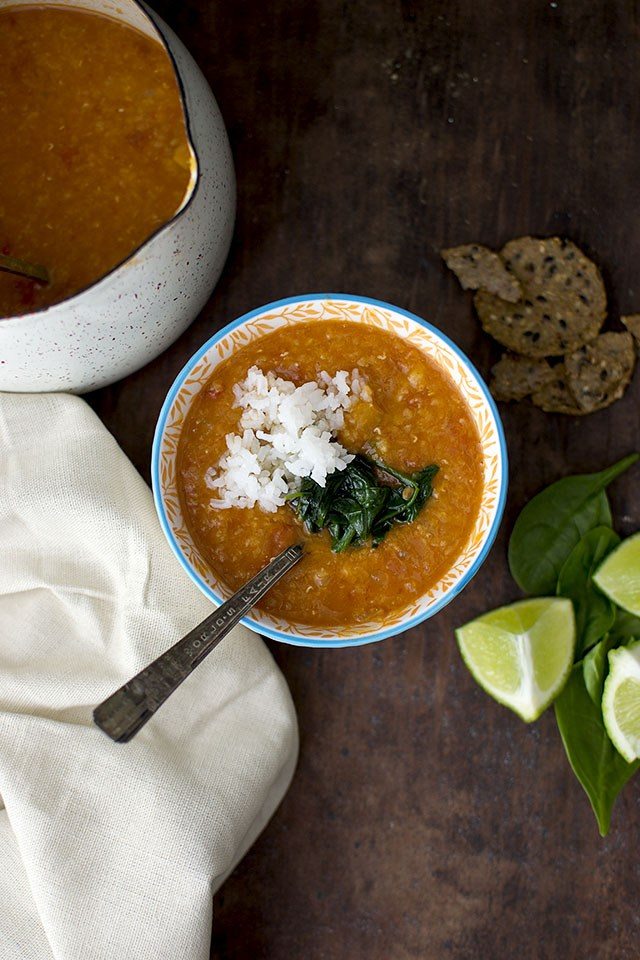 Today’s lentil based dish is a hearty and nutritious Indian style Red Lentil soup — it is nothing but our everyday dal ? The first time I heard about lentil soup, I thought it was a very complicated dish until I realized it’s nothing but our very own masoor dal with tomato. My son loves this ‘soup’, so I keep making it for him once in a while.

This soup recipe is adapted from Tarla Dalal’s Bombay Curry soup recipe. I added more spices because I wanted to add that Indian flavor to the soup. Also I like some crunch and texture in my soup, so I added a tempering with crunchy chana & urad dal. To add some color and a reason to eat more veggies, I sauteed some baby spinach for the topping. 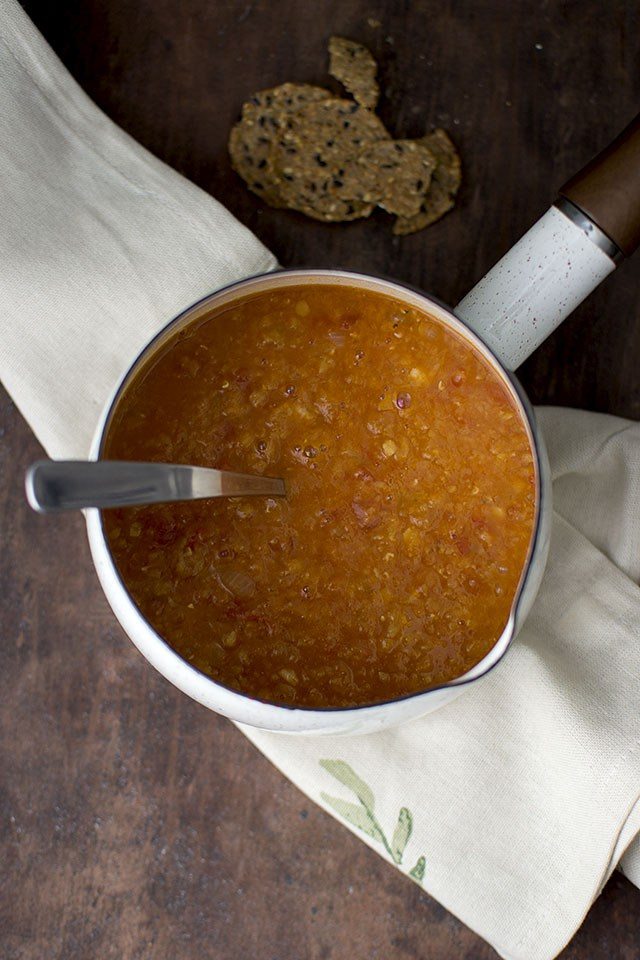 The original Bombay soup is served with some rice on top. So along with my crunchy dal and spinach topping, I added some rice to the soup too. This dish takes less than 30 minutes from start to finish — making it perfect for a weeknight dinner. Serve it with some bread on the side instead of rice and you have a comforting and filling meal. 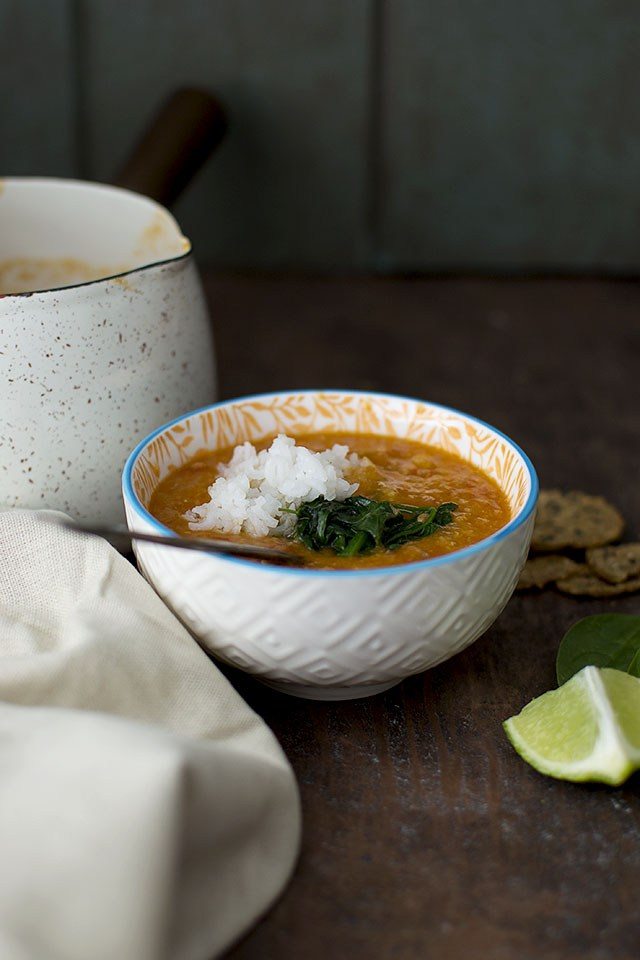 It’s Bourbon Month in the Heartland – So Celebrate with George Remus, King of the Bootleggers