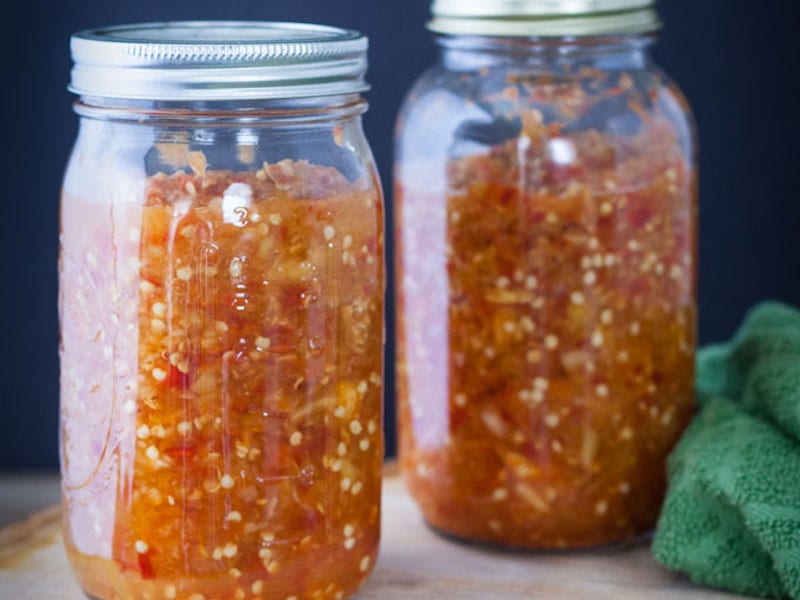 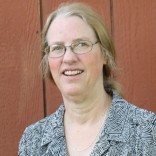 To use in hot sauce or as a condiment all on their own, here’s how to ferment peppers. 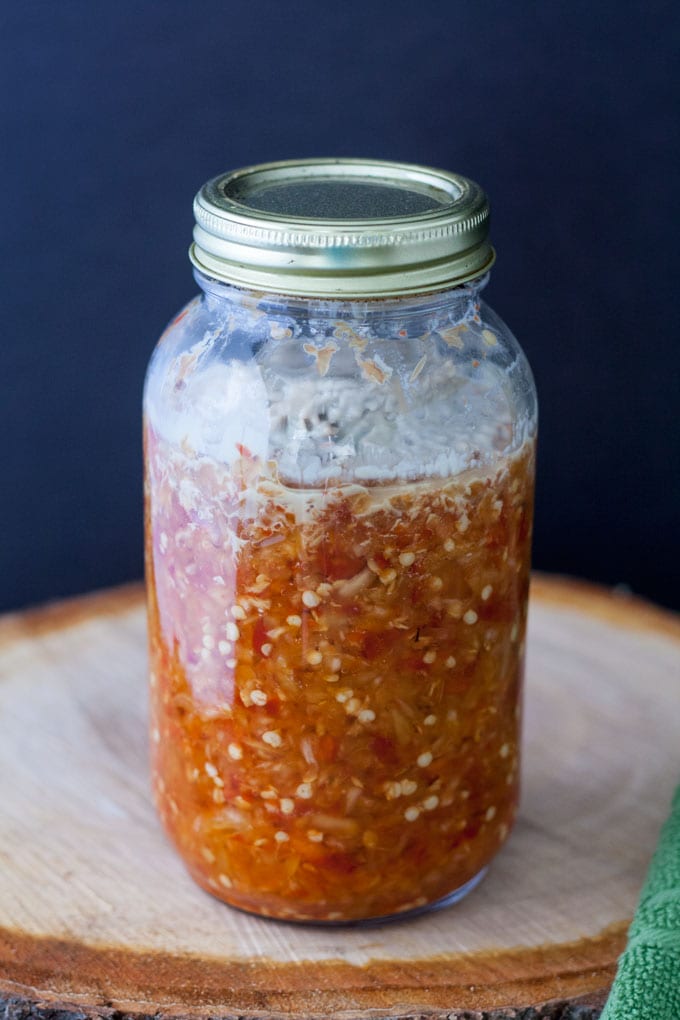 Many of our favorite hot sauces in the United States are still made with fermented peppers, including Sriracha and Tabasco. Fermenting the peppers gives the hot sauce a greater dimension of flavors, that simply elevates the sauce to a different level.

Fermenting peppers without a salt brine allows the peppers to ferment in their own juices. This intensifies the flavor of your finished product. This method of fermentation has been employed by humans for thousands of years. 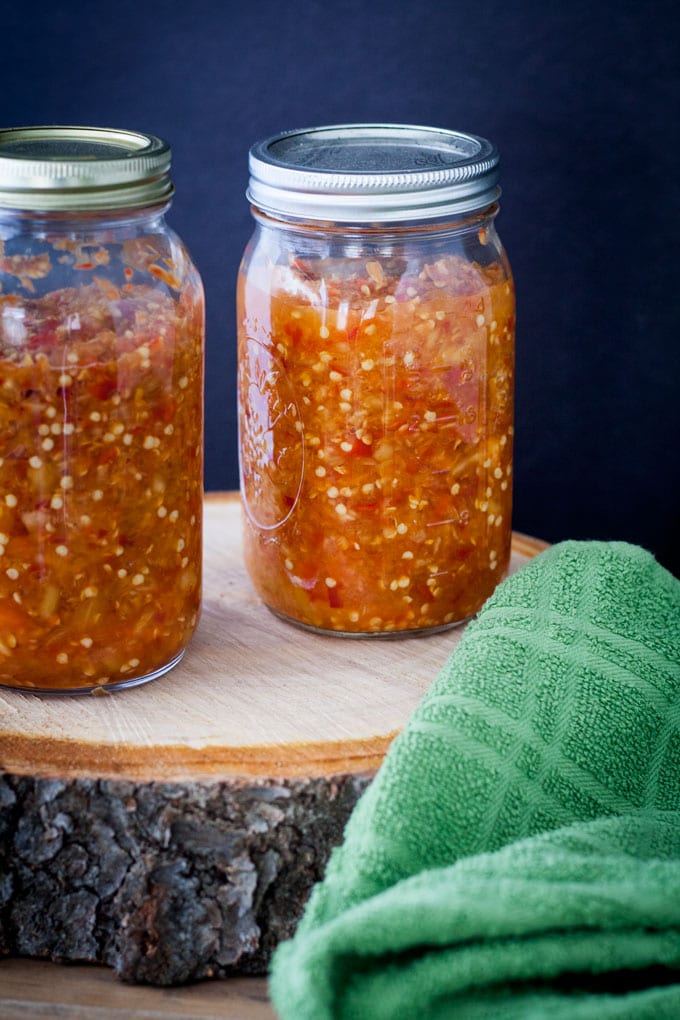 Lacto fermentation was used to preserve vegetables that would otherwise spoil. These vegetables sustained families through barren months of the year. Fermentation was traditionally done in large crocks, so that larger quantities of fresh produce could be preserved.

I include the above photo so that you know – if the top has mold growing on it – throw out that batch. It is not safe to eat. This one was contaminated because I overfilled it with peppers and when I went to burp it the first week, they started to overflow, so, I had to scoop some of them out.

Now, I did not sterilize the spoon first, which led to mold. Learn from my mistakes. 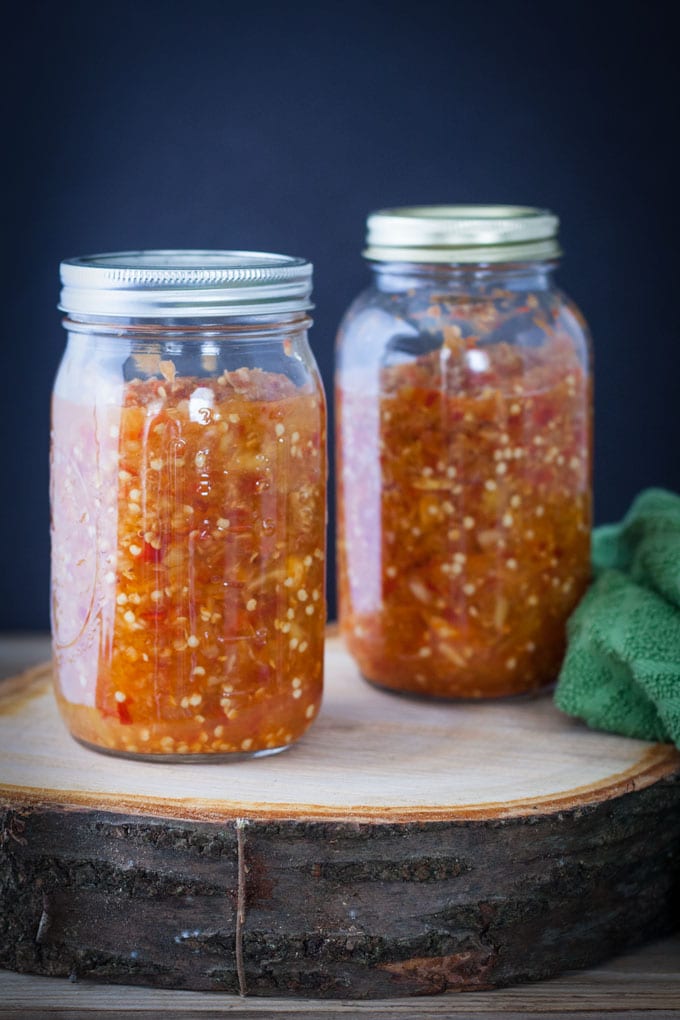 Let peppers ferment at least one month. I left mine for 4 months. Technically, the peppers can ferment for years, in large vats, as Tabasco does.

That is how easy it is to ferment your own peppers so that you can make your own hot sauce.