Grilled, spiced paneer is first marinated for an awesome burst of flavor and is later served with a cilantro and mint chutney.
By Manali Singh 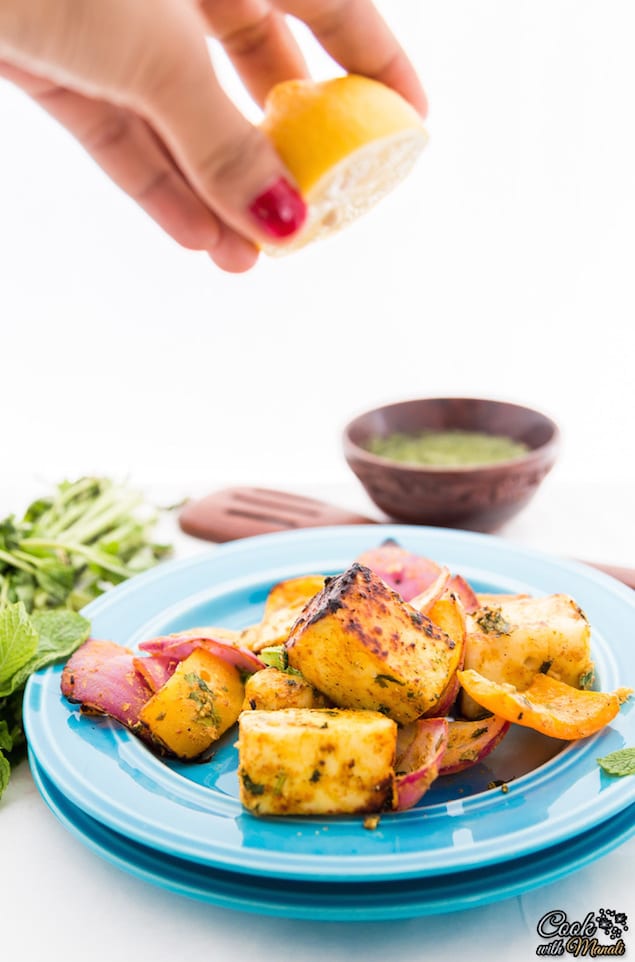 Here I am with my most favorite paneer recipe if I may say so. I have made paneer tikka before, actually several times but I never shared it. The reason? I always made it using my pan or in the oven and it would never match the authentic paneer tikka taste that we get in India. But this time around I got a small little grill and made the real deal. 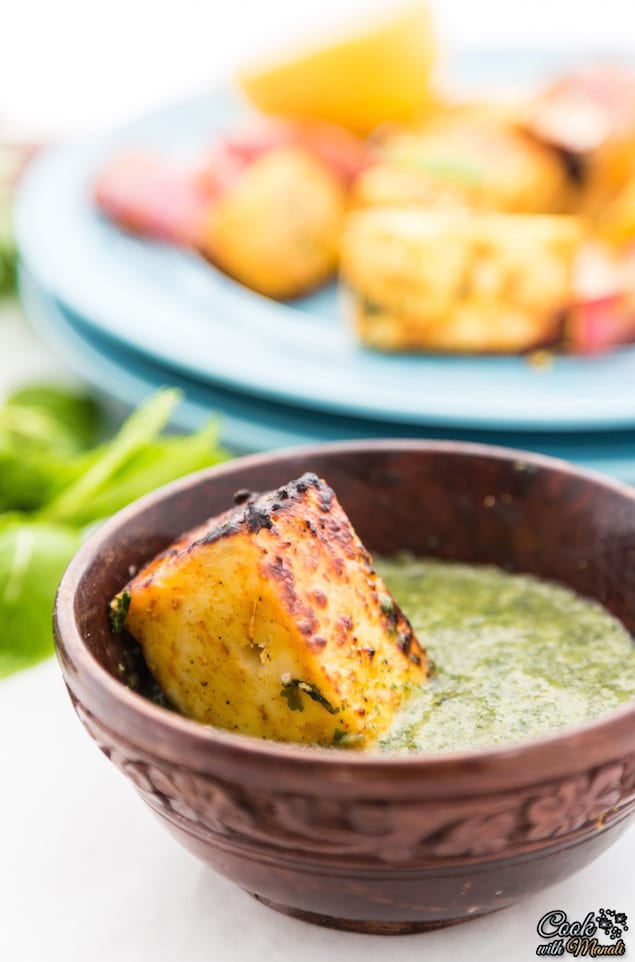 To make paneer tikka, you need to marinade the paneer pieces with yogurt and some spices. For how long? Overnight works best but if you don’t have that much time, 4 hours is the minimum. You really need that time for all the flavors to come together nicely. For my recipe, I used lots of ginger, garlic, mint, cilantro and of course some spices. I used a special blend of spices known as “Kitchen King Masala”, which is easily available at Indian grocery stores. I think it works very well in this recipe but if you don’t have it, just add curry powder instead or a mixture of coriander powder and cumin powder. Also if you are using coriander and cumin powder, make sure to add a little more of turmeric powder. I added very little here since the kitchen king masala already has turmeric in it. 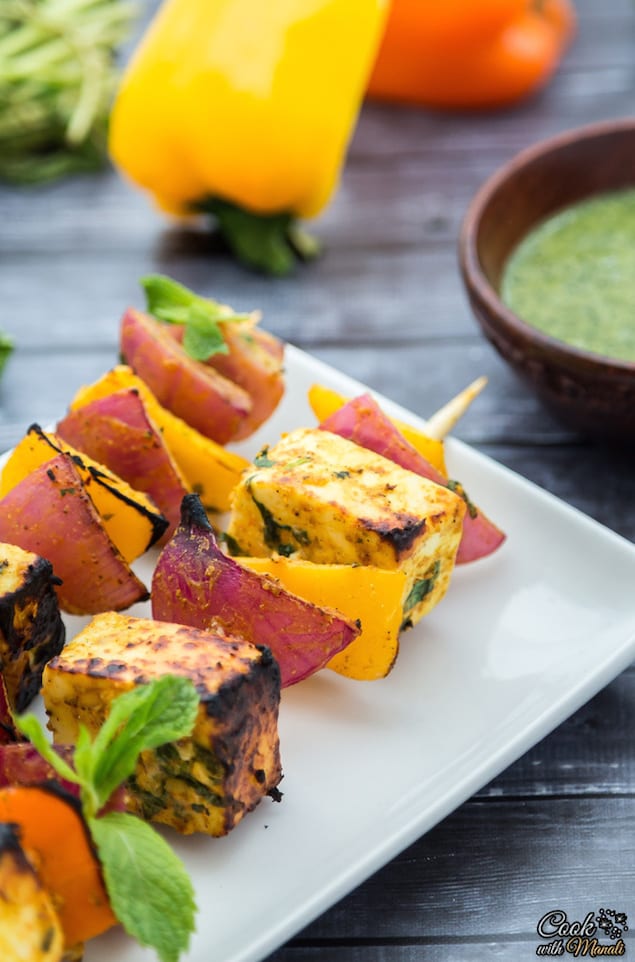 Print
Grilled, spiced paneer is first marinated for an awesome burst of flavor and is later served with a cilantro and mint chutney.
Author: Manali Singh
Recipe Type: Side
Cuisine: Indian
Serves: 4 to 5 servings
Ingredients
Marinade
To serve
Instructions
Notes
The prep time is only 15 minutes. The total prep time includes the waiting time of 4 hours.* You can use curry powder or coriander powder + cumin powder in place of kitchen king masala.* Adjust spice level to taste. If you like spicy food, add more of red chili powder.
3.2.2885