Switch up your nacho game by adding Greek flavors, like olives, tzatziki sauce, cucumbers and more to the mix. 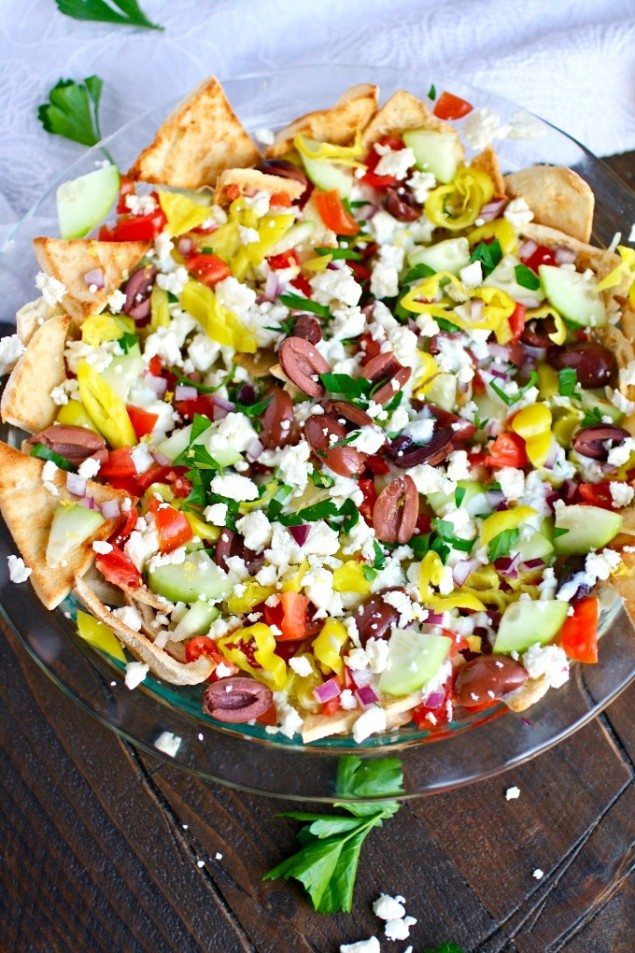 These flavorful nachos are a little different from your garden-variety nachos. First, the chips are made using pita bread that you toast up in the oven. If you snack-as-you-prep like me, you might want to pick up a few extra pitas, because these crunchy, seasoned chips are so hard to resist straight from the oven!

When you’re interested in some serious crunch, these pita chips are a great snacking option on their own, too. You can season them with your favorite herbs or spices and use them to scoop up anything from hummus and salsa, or just eat them with cheese and olives on the side. 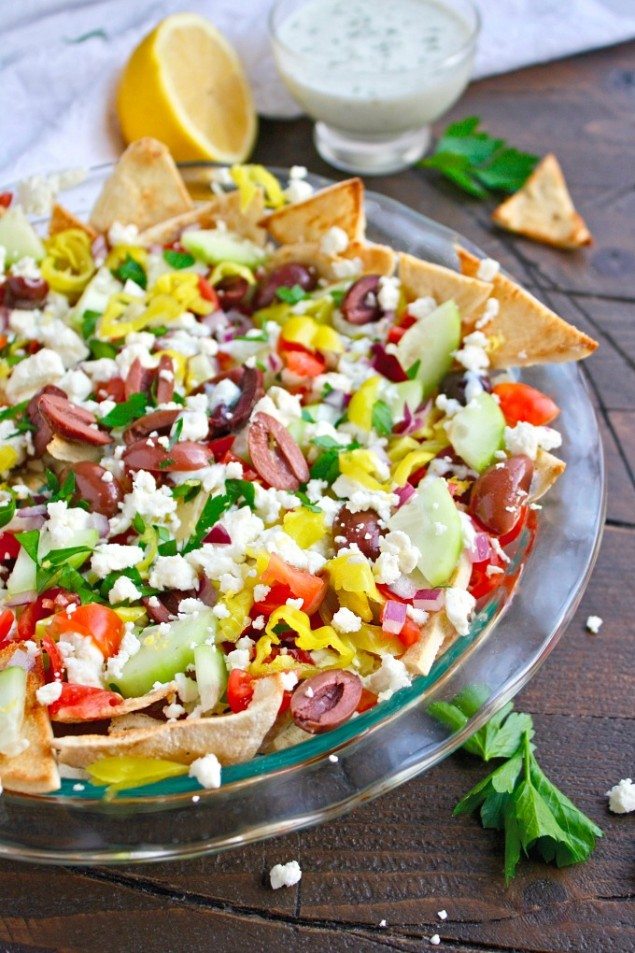 The toppings for these Greek Nachos are full of flavor that won’t let you down. From spicy peppers to cooling cucumbers to salty Feta cheese—and you won’t want to forget the fabulous Tzatziki Sauce to spread over the top—these nachos are totally addicting.

You can add cooked chicken to the mix to bring a bit more substance to your snack, too. These nachos are easy to customize (I think next time I’ll add chickpeas, too) to get all the flavors from them you love. 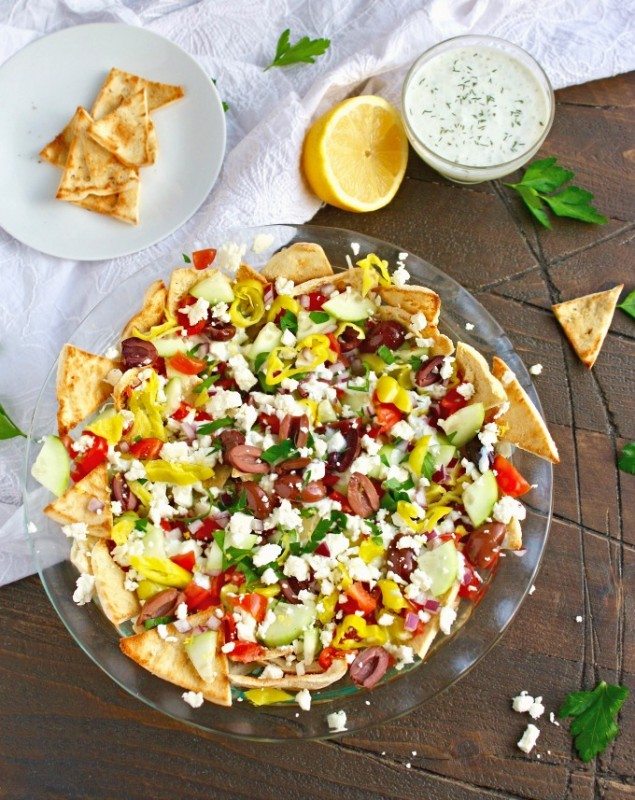