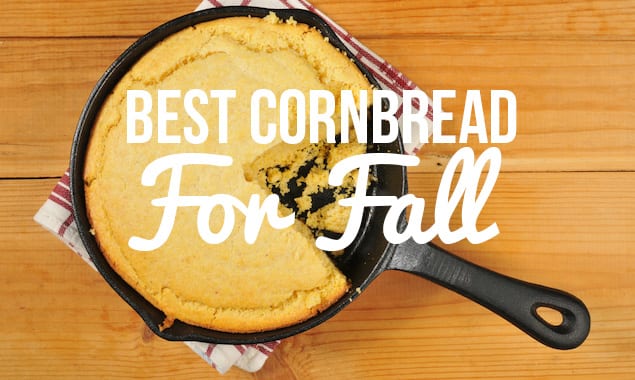 A North Georgia native, Catherine grew up in the kitchen—…

Fall in love with some of the most diverse and long-standing cornbread recipes in America. Serve with that chili recipe you just perfected to complete the dynamic cornbread-and-chili duo. Or it’s also ideal with a steamy bowl of homemade soup on a cool autumn night.
By Catherine Baker

Is it just me or is there nothing better than cornbread in the fall? Yes, there’s pumpkin and butternut squash to fuss over, but what better way to end a long, cold day than serve (and devour) freshly-baked cornbread right out of the skillet with the excess butter slowly dripping down your fingers? For us Southerners, there’s rarely a meal without the cornmeal staple present at the table. For others, cornbread may be a Thanksgiving-only tradition. But no matter where you are from or what your preference is- sweet, savory, flour-less, spicy- it’s all here!

Southern chef Sean Brock believes in “making cornbread, not war.” He knows that cornbread in the South can be a touchy subject which leads to life-long debates. Southerns typically do not prefer sweet cornbread, because it tastes too much like cake. So don’t expect to find any sugar (or flour) in Brock’s recipe which comes from his Charleston-based restaurant Husk. Baked in a hot skillet to develop a crunchy edge, there’s a good reason why this recipe has gotten national acclaim. Get the recipe here.

If you’re looking for warm and inviting, this recipe is the one for you. Just as buttery as the name says, serve this cornbread straight from the oven and watch everyone scramble to get the recipe. Get the recipe here. 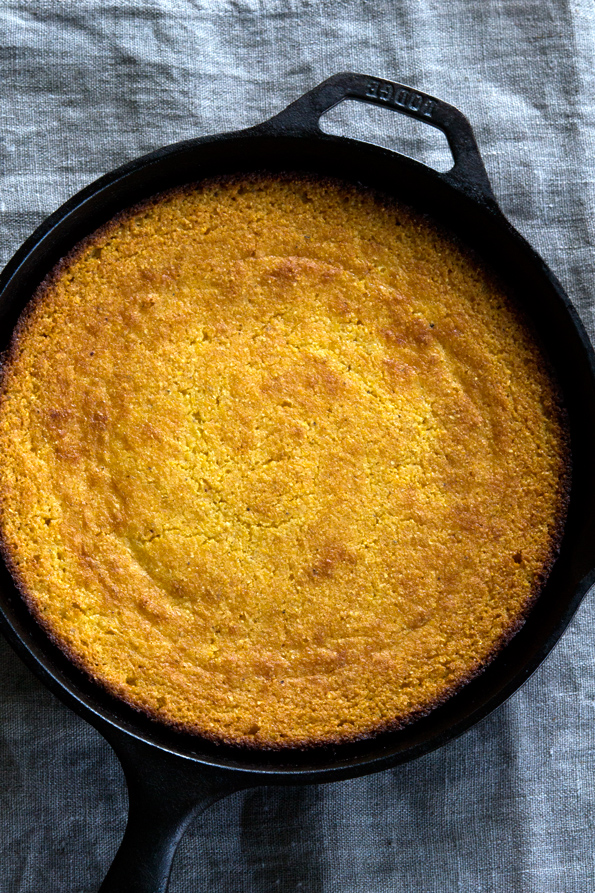 This recipe offers something new with the addition of yogurt and honey to the mix. For best results, bake in a cast-iron skillet if you have one. You can also make substitutions if you prefer sugar (instead of honey) and/or sour cream (instead of yogurt). Get the recipe here. 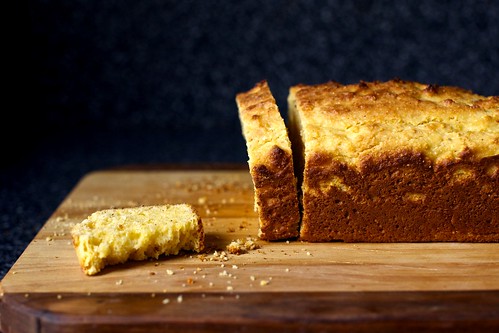 A little sour cream, a little pepper, but no butter! That’s how the Smitten Kitchen mixes her cornbread recipe. It calls for just a little sugar for an even balance of flavors and is baked in a bread pan and then cut into slices. Get the recipe here. 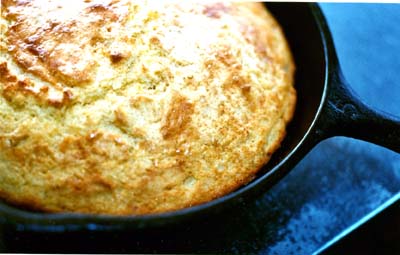 Don’t expect to find cornbread served as dessert at this Texan’s home. Buttermilk and bacon drippings make this skillet-required recipe a winner in the heart of America. Hopefully it brings the good memories of home without the ache of homesickness. Get the recipe here. 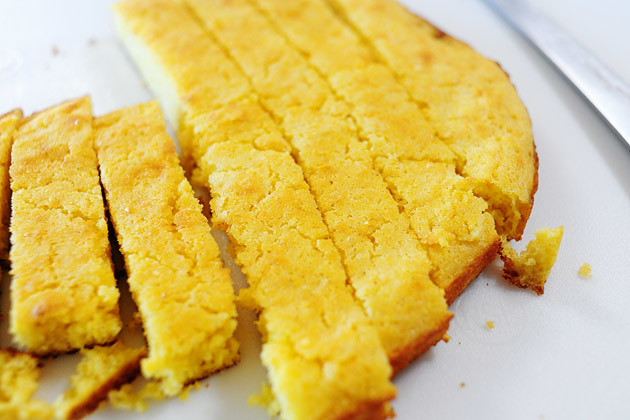 Another skillet recipe! With the combination of milk and buttermilk, this recipe from The Pioneer Woman serves as an all-time family favorite and easy for any beginner to master. Remember, a little shortening goes a long way. Get the recipe here. 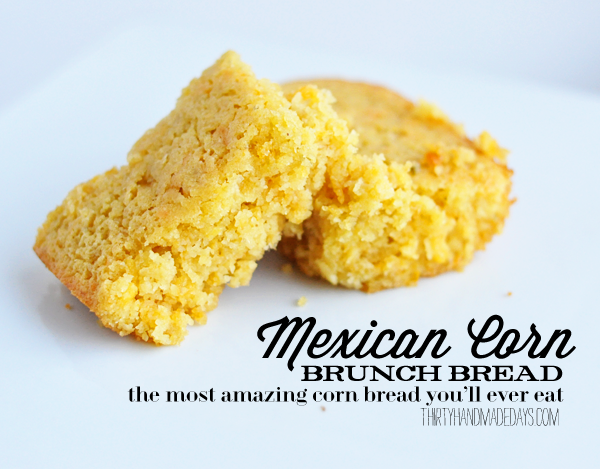 The most spicy of all the recipes, this one contains green chiles and two different kinds of cheese! It’s also a little sweet and perfectly moist to be the front-runner of all your fall comfort dishes. Get the recipe here. 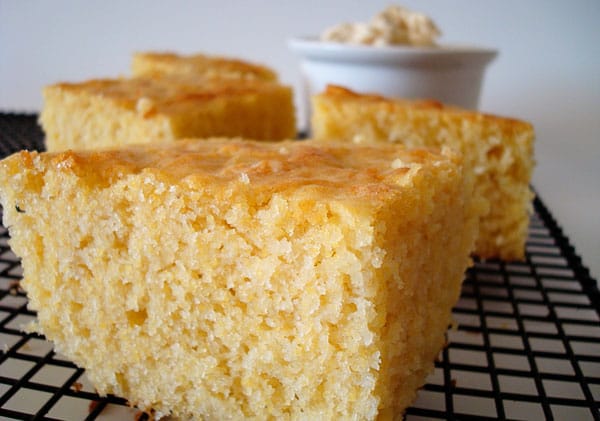 Mel claims to have found “the one” with this cornbread recipe. It’s not too dry or too sweet. Accompany it with the fluffy honey butter, and you’re in for one delectable cornbread experience. Get the recipe here. 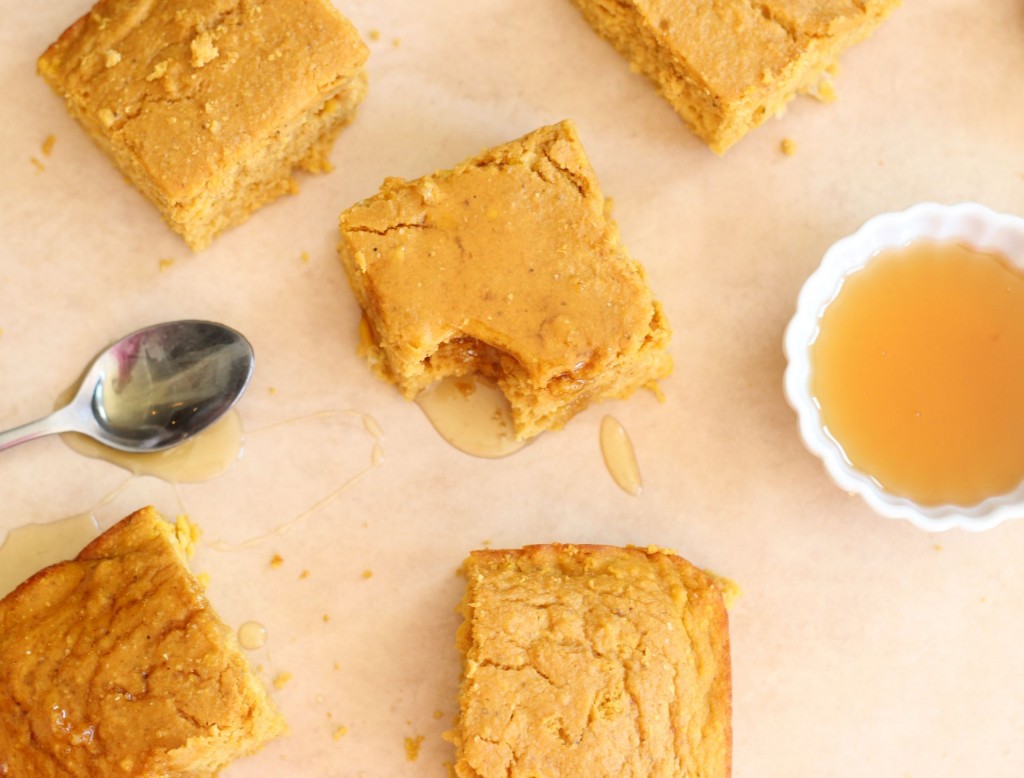 For those of us who are pumpkin-obsessed this time of year, here is a new combination to satisfy your craving and allow the best of both worlds! With just a subtle hint of pumpkin flavor, this recipe is on the sweet and cake-y side of the cornbread spectrum. Get the recipe here.

This sweet and spicy recipe will hit home for those who prefer sweeter, cake-like cornbread. The muffins are moist and light with very little heat. There are no actual jalapeños in the mix, just green pepper sauce for an extra kick. This recipe is perfect for those who like bite-size pieces and no skillet required. Get the recipe here.

A North Georgia native, Catherine grew up in the kitchen— from mastering the art of Southern barbecue with her restaurateur father to perfecting the technique of frying plátano at home with her Dominican mother. Continuing her passion for food and cooking, the Georgia Southern University graduate resided in France for two years before returning back to the South where she currently works in hospitality at Blackberry Farm, a Relais & Châteaux property nestled in the foothills of the Great Smoky Mountains.

Cronuts to Cookie Shots: A Chat with Dominique Ansel