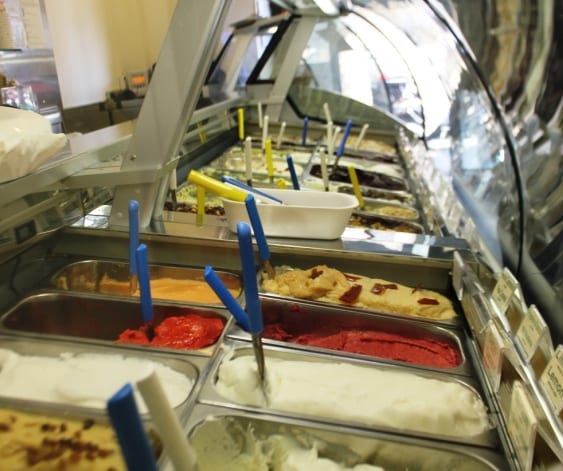 Usually the reasons why a gelateria is considered unforgettable is not related to its sorbets. Via de Gracchi is an exception to that rule.
By Ambra Meda 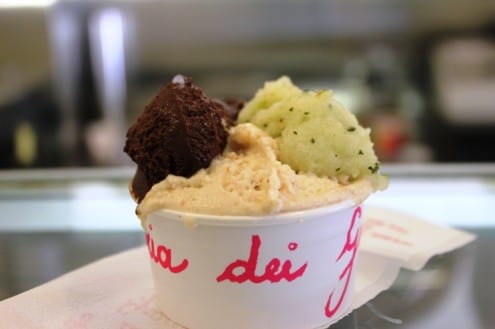 Usually the reasons why a gelateria is considered unforgettable are related to its cremes. Luscious chocolates, velvety nut creams, milk and egg concoctions intertwined with nutella, honey or jam are what make you long to go back to a place. Sorbets are normally a refreshing, healthy alternative one opts for when they’re too hot or they don’t want to feel guilty. 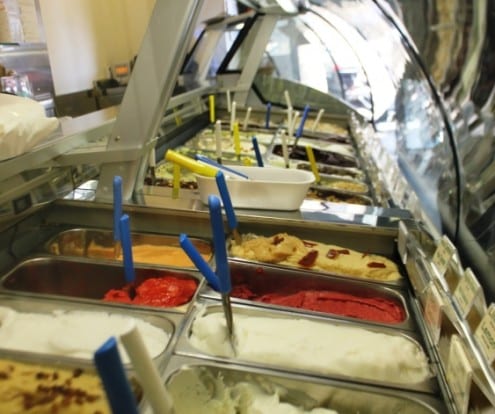 Surprisingly, at Via de Gracchi they are actually what you’ll remember the place for. 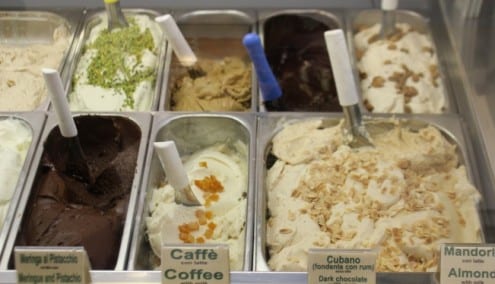 The first thing I notice when I enter the store and peek into the laboratory is a crate overflowing with Marlene Granny Smith, one of the best brand for South Tyrol green apples. 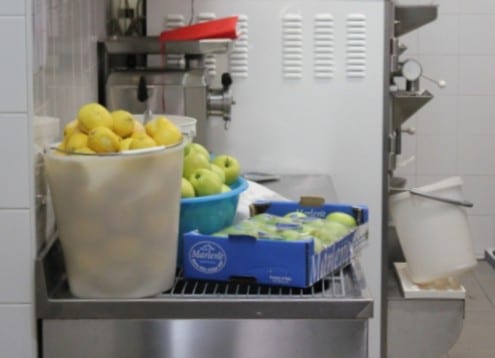 The bucket of bright lemons close to it is shiny and gleaming for how healthy their zest is. There’s no need to sample the fruit to understand that the quality is first class.

What really makes the difference though is that this excellence is combined with the most delicious recipes. 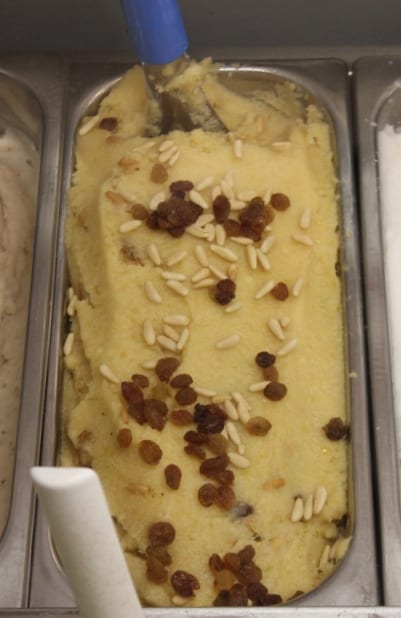 An apple sorbet, if made with organic fruit and carefully prepared, could be good anywhere, but when it’s combined with gluttonous ingredients such as cinnamon, raisins and pine nuts, it can recreate the deliciousness of an Austrian strudel maintaining the lightness of a water based gelato.

And if the same fruit is paired with lemon and fresh mint leaves, you’re no longer eating a sorbet, but relishing a tasty Mojito.

Not to mention the pear, that when enriched by flakes of caramel brittle, turns into a delicious dessert.

Via de Gracchi has two stores in Rome, each one provided with its own laboratory, in order to prevent the quality from any damage. Three different types of spoons enliven the display.

The blue ones identify free milk gelato, the yellow stands for eggs while the white scoops mark dairy products.
The owner and master gelato chef Alberto Manassei takes care of his customers by offering options for lactose intolerants and gluten free cones.
If the art of gelato was comparable to fashion, Alberto would be a Chanel designer: elegance, style and refinement are the constants in his parade of containers.
Even the presentation is classy, without frills. In spite of appearances, the gelato is truly memorable. 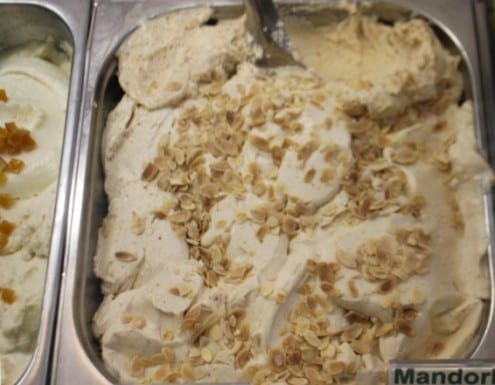 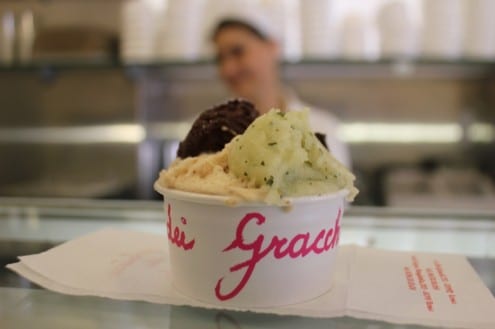 The most particular are ‘Mandorla all’arancia‘, roasted almonds and orange essence, and ‘Riso e miele‘, where soft chunks of rice encounter the sweetness of the honey in a bath of milk.
To confirm the sophistication of their products, even the little ‘semifreddi’ dessert are different than the usual ones made of a mixture of gelato and whipped cream.
Manassei’s proposal concerns little pure gelato balls rolled in the nuts of the correspondent flavor. 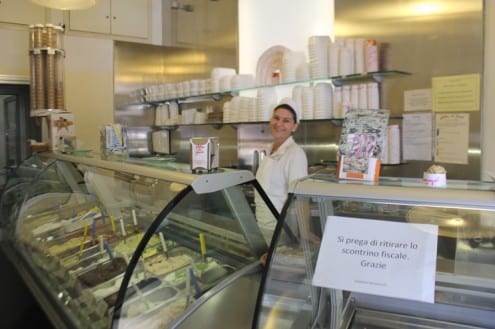 The result are tiny bits of nuts to the nth degree, like the pine nut one I try, that not only has pine nut powder in the batter, but it’s also coated with a generous crust of nuts. 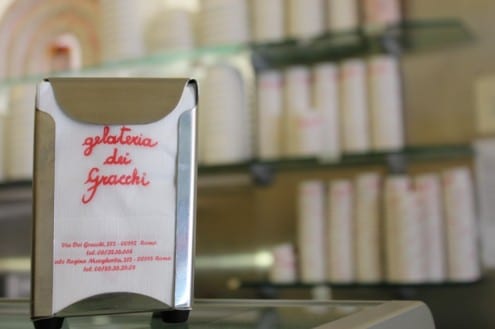 If it wasn’t for the fact that even when you leave the store after a thorough tasting check one actually feels light, it would be impossible to believe that all this bounty can also be genuine.