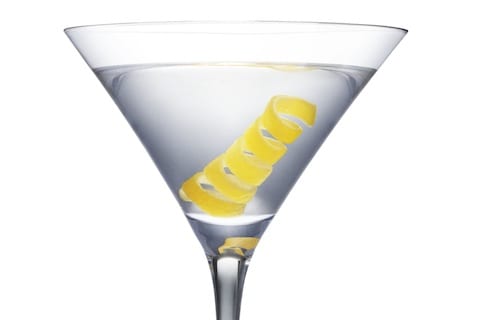 This winter, experiment with infusing a bottle of vodka with chopped fennel and lemons, or perhaps toasted hazelnuts and coffee beans.
By Marissa Sertich

Known to the Russians as the “water of life,” and its name literally meaning, “little water,” vodka spirits can be distilled from everything from potatoes to beets. Unlike whiskey or rum that is aged for flavor, vodka is distilled and filtered to completely eliminate the product’s aromatics to produce the purest, most untainted form of drinking alcohol.

Like all distillation, the process of making vodka is based on principles of evaporation and the assumption that different liquids boil at different temperatures. So when beer, wine, or any combination of alcohol and water is heated, the alcohol vaporizes at about 173F, while the boiling point of water is 212F. The alcohol vapors are then collected, cooled and condensed at a higher alcoholic content than the original liquid. (Yet, another project I should have suggested for the 8th grade science fair…)

With vodka, the alcohol and aromatics (which also vaporize at lower temperatures) filter through activated charcoal to remove impurities so that no distinct flavor remains. This makes vodka a blank canvas of alcohol, lending itself to countless culinary (and drinking) applications and flavors.

According to history, the distillation of spirits was first invented in apothecaries and monasteries for medicinal purposes to stimulate circulation. Here in the Northeast, as winter looms ahead, East Coasters will soon be in desperate need of treatment. So in monk fashion, I am prescribing everyone a bottle of the stuff and declaring the upcoming season, “the Season of Vodka.”

Due to vodka’s flavorlessness, it is fun and easy to design flavor profiles of of your own. Experiment with infusing a bottle with chopped fennel and lemons, or perhaps toasted hazelnuts and coffee beans. Allow them to steep in the vodka for 24-48 hours, strain, and taste. There are so many flavor combination possibilities…perhaps some dried fruits and orange peel, vanilla bean with ginger, or star anise and kumquats.

The exciting quality of vodka (aside from it being vodka) is that it provides a neutral medium to explore flavor combinations – it truly captures the essence of ingredients. Bring on the upcoming cold months as we warm ourselves with simple curiosity, the urge to experiment, and a little added warmth to boost our circulation.