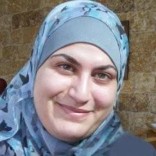 The Secret to the Perfect Salsa Verde

Um Ali is a dessert that combines the creaminess of bread pudding and cinnamon nut stuffing of baklava.It is a wonderful treat warm out of the oven or cold out of the fridge.The name comes with a story – or maybe even stories.
By Sawsan Abu Farha

Legend has it that im Ali was the first wife of the Sultan Ezz El Din Aybek. In Egypt, women were not allowed to rule, but were permitted to be guardians to their sons who would become king when they came of age. When the sultan died, his second wife had a dispute with im Ali over whose son would be the successor to the Sultan. The second wife was heavily guarded making it difficult for im Ali to get rid of her.

Im Ali hatched a plot bribing the second wife’s handmaids. While the second wife went to the hamam for a bath, she was beaten to death, by slippers, by her own handmaids! To celebrate her death, Om Ali made this dessert and distributed it among the people of the land. 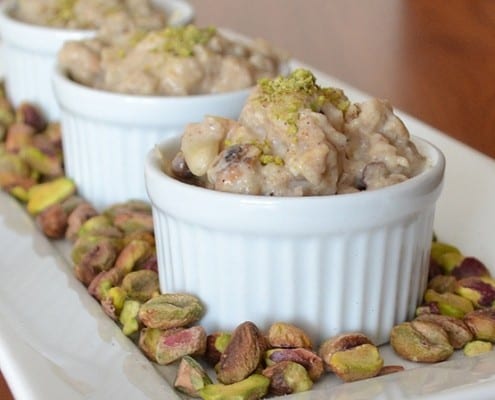 Another (less violent) story for the name involves again a sultan, who started to feel hungry during a hunting trip in the Nile delta. The hunting party stopped for food at a poor village along the way. The locals called upon their best cook, Umm‘Ali, to feed the hungry monarch. She filled a large pan with the little they had – scrapings of stale wheat flakes with bits of nuts – and put it in the oven together with milk and sugar. It was so well received that the sultan went back again and thus the dessert became known by its creator.
Whichever story you choose to believe, this dessert is worth trying. The contrast between the creamy bread pudding and the crunchy nuts, the mild sweet milk and cream vs the spicy tone of the cinnamon and cardamom makes this um ali dessert irresistible warm or cold.The nut mix you put into the Um Ali is entirely up to your taste, you can use one, some or all the nuts listed in the recipe. You can also combine puff pastry with toasted Phylo sheets or use Phylo alone or even croissants for your base. 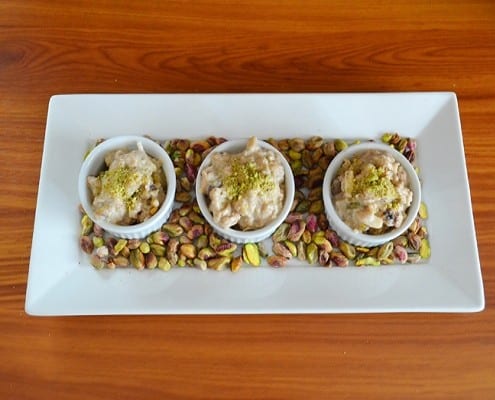 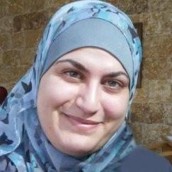