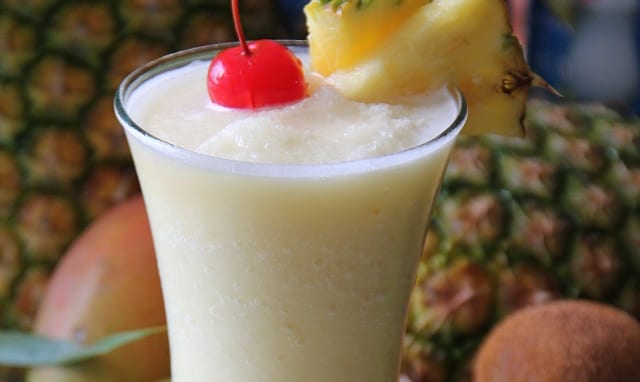 In 1978, the Piña Colada was named Puerto Rico’s official national drink, learn how to make the refreshing cocktail like they do on the island.
By Michelle M. Winner 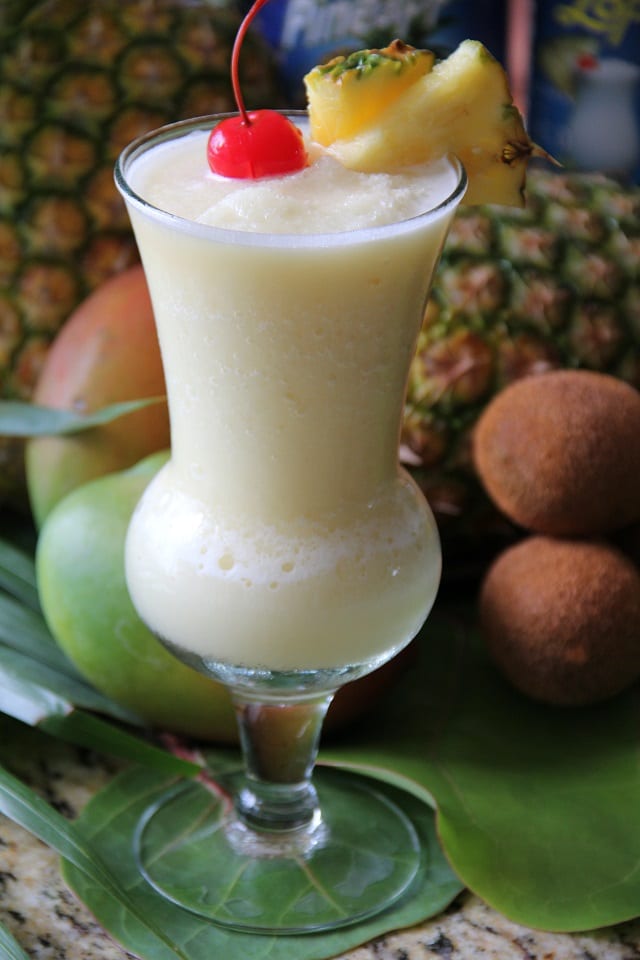 Just a short two-hour flight from the states, Puerto Rico is the perfect island escape. The Caribe Hilton offers quaint international charm with the comforts of home and it was where the Piña Colada recipe was created.

At a time when tourism was just getting started in Puerto Rico, large and sometimes over-the-top resorts were built by the airlines and major hoteliers of the day.  Think marble and chandeliers in the grand lobby opening out to a sandy beach. French chefs were imported and cuisine was incredible although with European flair. But visitors wanted exotic island flavors and a tropical feeling for their island vacation.

Enter bartender Ramón “Monchito” Marrero in 1954, who worked at Caribe Hilton in Puerto Rico. Experimenting for three months and benefiting from the availability of local rum distilleries, he invented the Piña Colada. it was an instant success. He personally continued to serve them at the hotel for another 35 years. In 1978, the cocktail was named Puerto Rico’s official national drink.

I don’t know about you but when it starts raining here in the Pacific Northwest I start making airline reservations. Puerto Rico and a Piña Colada sounds really good right now.

Print
One of the favorite drinks to enjoy at a resort is the Piña Colada. Hilton CaribePuerto Rico is where it was invented.
Author: Ramón “Monchito” Marrero, bartender
Recipe Type: Cocktail
Cuisine: Caribe
Serves: 1 drink
Ingredients
Instructions
3.2.2885