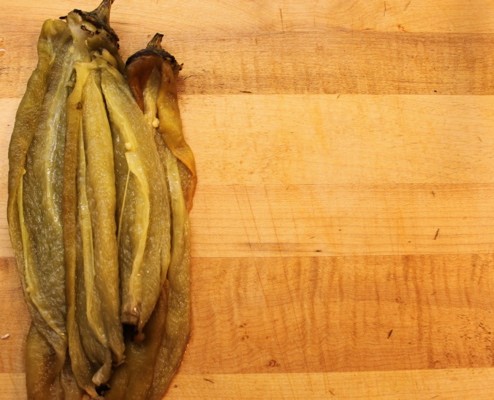 Albuquerqueans tend to like their enchiladas rolled. Rebecca Orchant has discovered that in a home kitchen, this is unnecessarily messy, time consuming, and compromises the amount of cheese you’re able to shove into your own face.
By Rebecca Orchant

Where I’m from, a pan of enchiladas makes anywhere home. Those who know me know a few irrefutable things about me. I think that pickles are important. I measure picky eaters with the concerned eye of a teacher whose student says they hate reading. I am passionate about the skin on chocolate pudding. I’m not prone to long bouts of serious conversation. And I take green chile very, very seriously.

Today, I am feeling a bit serious and in my signature style, I promise I will keep it brief. This December is four years since my dad died and it’s at this time of year, when cold gusts blow right through you, that I miss him most. It’s in the winter months that I start to want to eat things and do things that are slightly out of character, like eat black bean chile crabs in the basement of Wo-Hop, which is a hellish, bridge and tunnel hole that my father, for reasons beyond my understanding of his comprehensive culinary preferences, seemed to truly love. It makes me want to eat kasha varnishkes, which – you guys – I really DON’T LIKE. I mean, groats? Why would anyone develop a taste for GROATS? 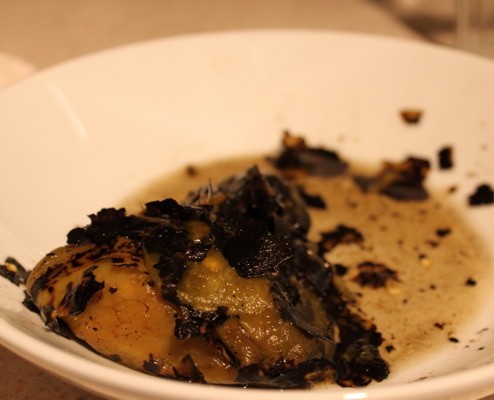 You guys would have loved my dad. He was almost Vulcan-like in his rationality, weighing everything carefully, articulately and acerbically before trudging ahead (aside from buying a first generation iPhone the day it came out after SWEARING he wouldn’t). He made me a grilled cheese sandwich for breakfast every day until I was old enough to see the top of the stove, while making his breakfast whatever large chunk of cheese was left over, with the darkest coffee imaginable. He called people ‘pal’, but not in the aggressive what do you think you’re doing, pal way. In a way that let you know he considered you a member of his inner circle. Someone who he’d play records for and play a subdued, boyish air-guitar in front of. He ate stuffed derma at every possible opportunity, but refused to drink milk, routinely calling it the most disgusting substance on earth. For the first thirteen years of my life, when I was afraid to eat spicy food, I know his heart must have ached. We shared a special obsession with NEEDING chile every so often after that, and although he was proud of me for many things, the day I declared that I loved green chile may have been one of his proudest. He was, to date, the smartest person I’ve ever known and today, I think he’d be pretty effing proud of my enchiladas. 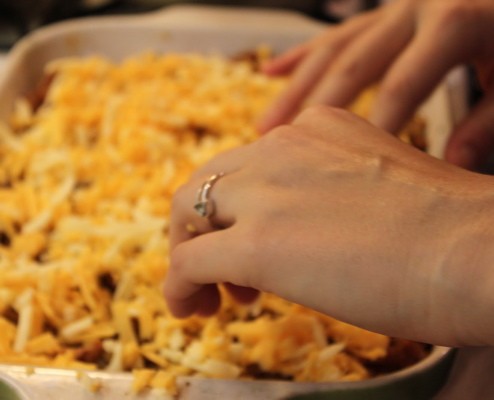 Print
Prep Time
1 hour
Cook Time
20 mins
Total Time
1 hour 20 mins
Albuquerqueans tend to like their enchiladas rolled. I've discovered that in a home kitchen, this is unnecessarily messy, time consuming, and compromises the amount of cheese you're able to shove into your own face (I know, so predictable).
Author: Rebecca Orchant
Recipe Type: Main
Serves: 6
Ingredients
Instructions
Notes
You will probably have some sauce left over. Do not panic. Make huevos tomorrow morning.
2.1.7