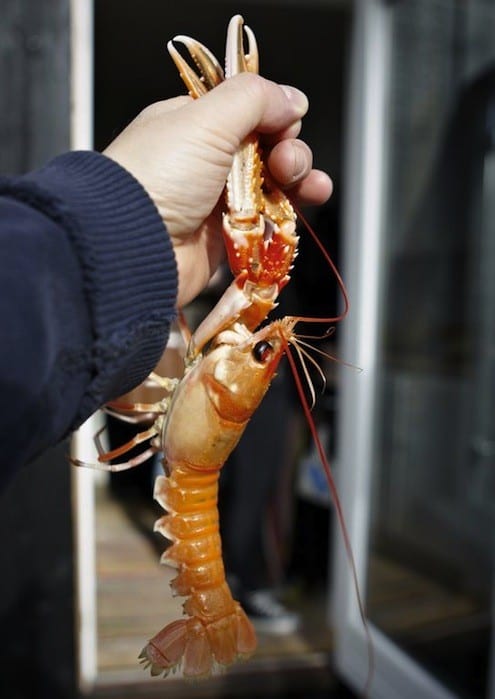 Kalle Bergman went to the Faroe Islands to feast on some of the best seafood in the world.
By Kalle Bergman – Photos by Flemming Gernyx

The descent towards the Faroe Islands is dramatic. After hours in the air, with nothing but water beneath you, they suddenly appear out of nowhere. Look to the right, mountains. On the left, mountains. And then, the runway. Built partly on an artificial peninsula in the middle of a valley, hanging out over the water. It feels like landing in, or very close to, the middle of nowhere. The airport is humble, a landing strip, one very small terminal building and a parking lot. And lots of nature. But the surroundings are anything but humble. Part moon landscape. Part Lord of the Rings. Rough, but beautiful in its ruggedness. There are no trees here. The ever present wind blows them down. Instead, the scenery is earth toned, scarce and mostly inhabited by the some 70.000 sheep that grace freely on mountain sides across the islands.

But Honest Cooking isn’t here for the scenery. We’re here for the food. Rumor has it that the Faroe Islands have some of the best seafood in the world. We hear tales of mussels big as tennis balls, and langoustines big as lobsters. At touch down, we’re giddy, both from the dramatic descent and from our own expectations.

For three nights, the Faroe Islands have invited members of the international culinary press to the capital of Thorshavn. Two nights are hosted by local gourmet restaurants, and one by the collective of young Danish Chefs in NaCl. The theme all the way through is using the products of the Faroe Islands, but gently placing them in contemporary gastronomy.

LOBSTER MAN
They call him Lobster Man. An almost mythical figure in the Faroe Islands. He doesn’t want to be interviewed, but we’re more than welcome to taste his famous langoustines. They are a rare delicacy, and unless you are a Russian oligarch, it is highly unlikely that you will find them at your local fishmonger. Even at Noma in Copenhagen – widely acclaimed as the best restaurant in the world – they only get their hands on a batch of Faroe langoustines “on very rare occasions” according to Head Chef Matthew Orlando. The rest of the time, these precious crustaceans are flown to Russia, leaving the world oblivious to the treasure.

A first meeting with a Faroese langoustine can be slightly scary. Partly because it’s most likely still alive, and partly because it is almost as big as your underarm. It’s claws aren’t exactly waving friendly towards you. But unless you want to spice up your dinner with your own blood and a few stitches, it’s important not to hesitate when you grab it by the lower part of its back and quickly throw it into the boiling water. Just fifteen seconds in the hot water is enough to kill the langoustine, without actually cooking the meat. The tail is still in an almost raw state, slippery, slightly slimy – but oh, so very very delicate. It is the seafood equivalent to an oily Chardonnay. There are minerals there. A whiff of the ocean of course. But there’s so much more. Oakiness, butter, fat. Sunshine!

The langoustines that aren’t devoured “semi-crudo” are baked shortly in the oven, just a minute is enough – and the tail meat is completely transformed. From raw oceanic notes, to the more well known rounded umami flavors of grilled, baked or steamed shellfish. Still, in it’s prepared form, it packs a much heavier punch than almost any other langoustine.

BANK COD
At the Aarstova restaurant, another unlikely and ultra local delicacy is being served for three nights a year only. The Faroe Bank Cod. A twenty by twenty kilometers area is where this white cod is born, lives and dies. Unlike most other cod species, it doesn’t wander. And why should it? It has everything it will ever need in the crustacean filled sandy banks outside the Faroe Islands. The Bank Cod is protected, and cannot be fished commercially at all. But, the Faroese have built a wonderful gastronomical loop hole into the legislation – because for three days every year, a research vessel is allowed to bring up a couple of thousand pounds of the cod to conduct scientific research. And as soon as they are done – by government order, the fish is then sold to one single restaurant in Thorshavn – the Aarstova. And for three days – and three days only – locals and international visitors can feast on the most delicious cod Honest Cooking has ever tasted. Served simply with spring vegetables and potatoes, it is an unpretentious dish – but with the hugely moist cod on the plate and the story of it’s uniqueness in the back of the head – it is certainly a must for anyone who visits the Faroe Islands in late March.

NOT FOR THE FAINT HEARTED
The some 70.000 sheep on the Faroe Islands aren’t merely there to be cute or eat whatever vegetation they can get a hold of. They’re there to be fermented. Gastro-tourist: meet skærpekød, the x-rated Faroese version of parma or serrano ham. Skærpekød is sheep’s meat, wind dried, cured and fermented over 5-9 months in special wooden sheds called hjallur. It look’s like parma ham. But it tastes completely different. The flavor of the sheep’s meat becomes intensely deep during the fermentation process, and is then layered with a very sharp taste of penicillium mold that most people would recognize as “blue cheese flavor”. Times one hundred. It’s not for the faint hearted, and it certainly takes some time to get used to even for die hard omnivores like Honest Cooking, but the Faroese are deeply proud of their skærpekød.

Luckily, not all lambs or sheep on the Faroe Islands are turned into skærpekød. Some are indeed served in less frightening manners at restaurants like Koks and Hafnia. At Koks, the restaurant at the Hotel Føroyar, local superstar chef Leif Sørensen serves contemporary food with the best vistas in the city. His cooking is current, sometimes provocative, but always interesting. Chef Sørensen was one of the founders of the New Nordic Cuisine manifesto a number of years back, and he is definitely the most influential chef on the islands.

At Hafnia, Danish born chef Ruben M. Busk combines a dedication to deep flavors with a curiosity and passion for the products of his new home country. The Hafnia Hotel is the classic hotel in “downtown” Thorshavn, but Chef Ruben’s cooking is anything but stiff. Combining traditional Faroese flavors and produce with a keen eye to international culinary trends, his dishes master the balance between the past and the current.

During Honest Cooking’s stay on the Faroe Islands, we were accompanied by Danish chef collective NaCl – who were heading up the stoves at Koks for one night. With their “everything is allowed” approach towards cooking, they wowed the local celebrity diners with deliciously creative interpretations of Faroese culture and products. In turn, they themselves were wowed by the culinary treasures of the Faroe Islands. Danish Chef Tommi Kondo Sasaki was almost ecstatic – These products are absolutely utterly amazing. I mean, the langoustines are ridiculous! The seafood in general is some of the best in the world, and I would love to be able to cook with it back home. 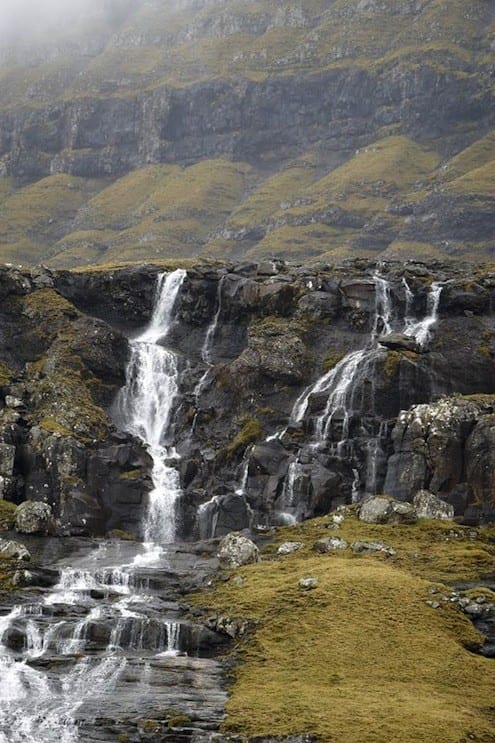 Until recently, a trip to the Faroe Islands has probably appealed mostly to nature lovers. And the dramatic scenery is definitely worth the trip in itself. But, the islands certainly have a lot to offer even the most demanding palate, and gastro tourists will have a wide variety of everything from delicious to scary to sink their teeth into. Our visit was extremely memorable, and we’re already looking forward to coming back.

Travel
No direct flights from the US to the Faroe Islands. Fly Atlantic Airways via Londong, Iceland, Bergen or Denmark.