All the adults at the part are going to love these tequila paletas. The perfect way to cool down this summer.

These refreshing watermelon margaritas are about to be the drink of the summer.

Loaded with crisp citrus notes, hints of agave and a touch of salt, this Tequila Barrel Lime Gose from Boulevard Brewing is a sour beer we are currently obsessed with. It easily pairs with food too!

National Margarita Day is coming up on Friday, February 22nd. Get ready to celebrate with these fun twists on the tequila drink. Choose the cocktail that fits your taste and cheers to the well-loved margarita!

Not feeling uber romantic? Make yourself a nice drink and sip on this Bitter Valentine cocktail. It’s made with tequila, is a festive hue, and is more satisfying than an overpriced meal at a mediocre restaurant.

We love margaritas and we love cider, so we’re throwing the two together for a seriously sip-able fall cocktail.

How to Really Celebrate Mexican Independence Day with Tequila

September 16th is Mexican Independence Day. Unlike May 5th, this holiday is a big deal in Mexico. Here’s how Tequila Partida’s Master Distiller Jose Valdez will be celebrating and you should too.

National Tequila Day is right around the corner on June 24th. Celebrate with these fun and festive cocktails.

It’s stone fruit season! We are celebrating with this muddled plum and herb tequila cocktail that is utterly refreshing. Please welcome the Plum Smash.

In just a few ingredients, you could be enjoying a glass of this strawberry sipper made with tequila, lime and a black pepper simple syrup for a subtle zing.

There’s nothing wrong with enjoying a well-made margarita, but we’re ready to switch things up. Check out these fun tequila cocktails in time for Cinco de Mayo. Salud!

This creamy, cinnamon-spiced horchata cocktail is spiked with tequila and perfect with some spicy Mexican food.

Remolacha is the Spanish word for the beet root. This vibrant reposado cocktail is made with a beet juice reduction, lime juice, cinnamon, and the fine, aged tequila.

Today is National Tequila Day, celebrate with a refreshing glass of this tequila cocktail, the Watermelon Crush. Plus,
enter to win a trip to Jalisco, Mexico.

Spike your next batch of iced tea with tequila to create the forever-fun iced teaquila.

With warm tropical flavors to brighten a winter day, this yellow mango tequila cocktail is so refreshing we’ll be sipping it straight to summer.

It’s that time of year when everything is about spending quality time with family and friends. Celebrate with cocktails you can indulge in. Buzz+Bloom Honey, a globally sourced craft-style honey that captures the natural and diverse goodness of the honeybee, makes the perfect addition to any holiday drink.

Five Margaritas to Sip to the New Year

What to do when the champagne stops flowing? Sick of overly sweet, diluted cocktails? Bring in the New Year with margaritas! Here are five well done twists to the refreshing cocktail.

Sparkling Blueberry Lime Punch made with tequila is a festive cocktail to serve at any holiday party. With only five ingredients, mix up a big batch and enjoy the festivities.

Grilled fruit is a perfect expression to finish out summer. Take the unique rambutan outside to add some smoke to a refreshing tequila and grapefruit drink.

Grilled tequila and lime chicken is only made better and more flavorful with the addition of a juicy mango salsa.

A sweet and tangy frozen treat perfect for the warm weather.

Choose between two different bitters to create two variations of one delicious drink.

Revamp the tequila sunrise to create a delicious concoction that is as tasty as it is pretty.

Cinco Places To Get Your Tequila On

Funny thing is, Mexicans don’t celebrate this day as their Independence Day. Here’s a brief history lesson – On May 5th, 1862 the battle against the French to conquer Mexico was victorious, but at the loss of a small army, kind of like that Spartan movie, 300. On September 16th, 1821 it became officially recognized that Mexico became independent of any further European colonization. Fantastico! There are actually two good reasons to celebrate with tequila! Make this Thursday your Friday with these 5 cantinas to get your tequila on while celebrating Mexican Independence Day. Andale amigos!

This spring cocktail packs quite the punch from tequila and tart grapefruit juice, but sweeten things up with floral St. Germain and sparkling champagne.

Blended with smokey pineapple and a splash vanilla extract, this well-rounded drink is sure to refresh with a hint of spice, too.

Spring is here and Cinco de Mayo is just around the corner. What better way to switch your mindset to fresh flavors than with an ice-cold tequila cocktail? Here are favorite tequila recipes to sip and enjoy.

Sweet baby Jesus, if you’re not familiar with the Grateful Dead, it’s a magical cocktail of debilitating proportions. It is a more alcoholic version of the Long Island Iced Tea.

Celebrate the start of spring with tequila! This kiwi cocktail is sure to brighten things up.

An Athens favorite, Hotel Grande Bretagne serves up an unusual cocktail like a take on the Old Fashioned with reposado tequila.

We love hot toddies and it’s the perfect time of year to fall head over heels with the warm drink. Cheers to the chilly days of winter with a stunning, steaming drink that will warm you through and through.

Tequila isn’t just for drinking, so when it is too brisk for a chilled margarita, weave the agave spirit into your cooking. Check out our favorite tequila-spiked recipes for inspiration.

Filled with sweet and spice, each bite has velvety avocado, spicy chipotle and bits of pineapple. Don’t discount the spoon of tequila to add amazing zip

Distilled from agave, tequila is perfect for drinking, cooking, and celebrating Cinco de Mayo. From breakfast to dinner, here is a full tequila menu.

A tenderloin that sits in a zesty, boozy marinade before being grilled and served with a tropical salsa with a hint of spice.

A cocktail with traditional holiday flavors, but a tip of the hat to the Valley of the Sun. Lime is paired with cranberry and dashes of Angostura bitters.

12 Cocktails to Spice Up Your Cinco de Mayo

A grapefruit paloma cocktail with added vanilla and honey, is warmed up just enough for a cool evening on the porch.

Watch the reverse preparation of this tequila-based drink created in NOLA, by the sophisticated French 75 bar.

Brenda Benoit and a group of people got together at El Vato Tequila & Tacos Bar in Miami to pair delicious food with Tequila cocktails.

Kick up your Salad with Tequila Lime Dressing

Celebrate Cinco de Mayo in style with this simple marvelous and sophisticated take on a margarita.

Jello shots may invoke memories of crazy college parties, but they can actually be both elegant and delicious. 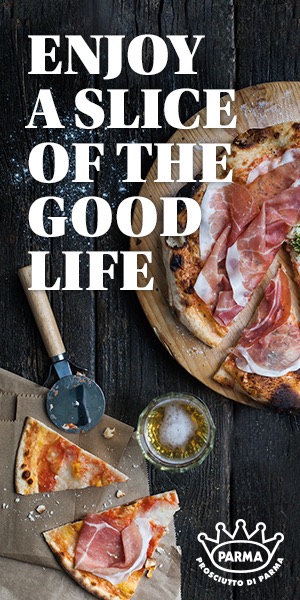