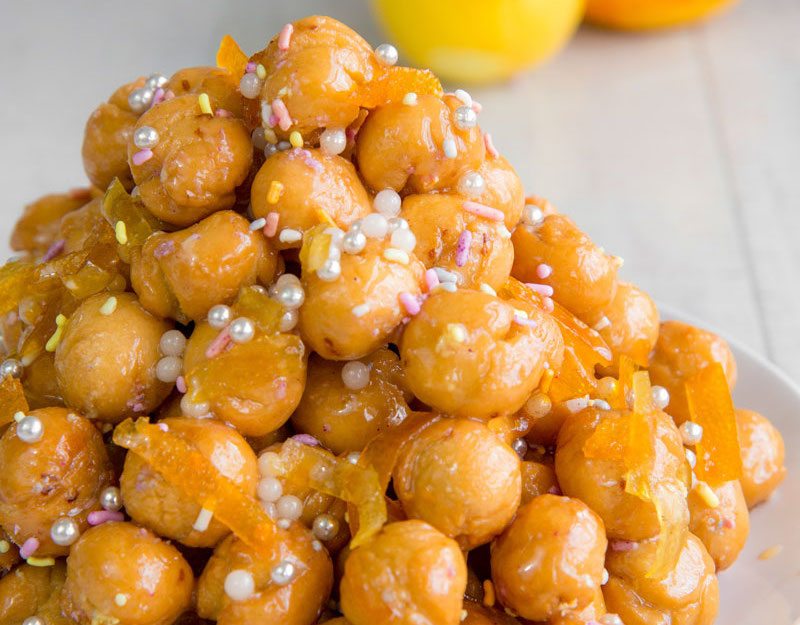 Struffoli recipe, along with Babà, “Pastiera”, and “Zeppole di San Giuseppe”, is a classic sweet of the Neapolitan cuisine. Crispy honey balls with a tender heart seasoned with candied fruit, and sugar decorations. In Naples, this is traditionally a Christmas dessert, but in the rest of Italy, these delicious honey balls are a delicacy for all major festivities! 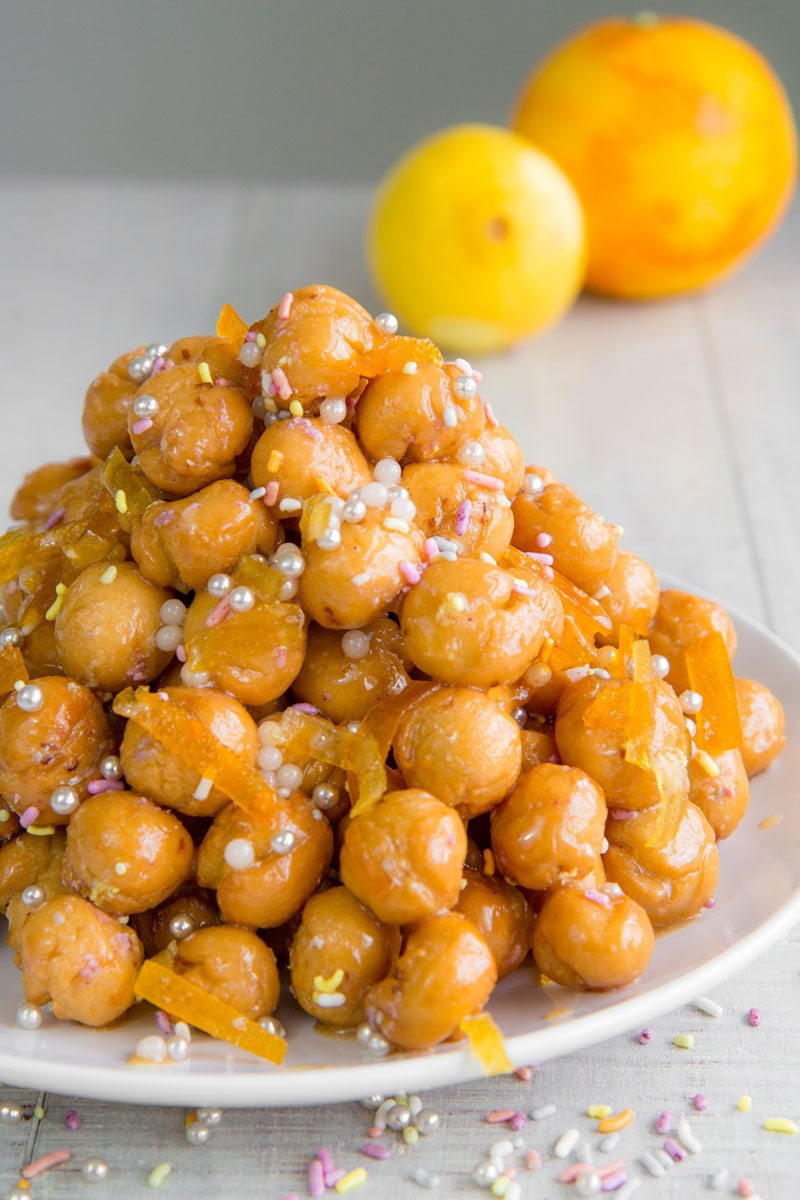 Neapolitan Struffoli is an easy and tasty recipe. A big temptation usually placed in a domed cake plate during the festivities, and the dessert most swiped by the kids! The dough is averagely sweet, because of the honey, and the sugar decorations, and candied fruit. The size of Struffoli is maxed 3/4 inch in order to obtain little spheres perfectly fried and crispy. Even if Struffoli are delicious just cooked and glazed, they are even better a couple of days after, when the honey has penetrated the balls giving them more flavor. 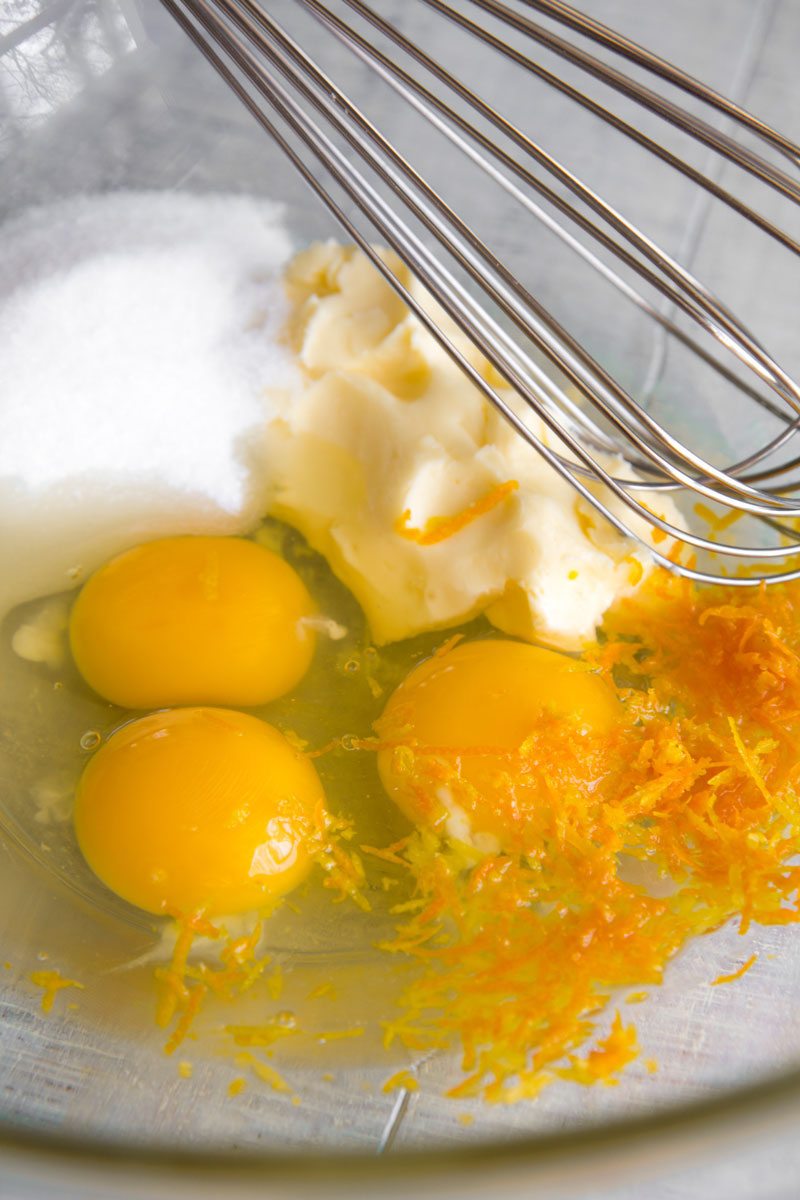 It seems the recipe that inspired Struffoli is the Greek Loukoumades; sweet fritters glazed with honey, date back to Magna Grecia Era.
Another recipe different by shape but with similar ingredients is the Spanish Piñonate, based on anise, lemon, and honey. This sweet is typical at Easter time and introduced in Naples by the chefs of Ferdinand II of Aragon in XVI Century. 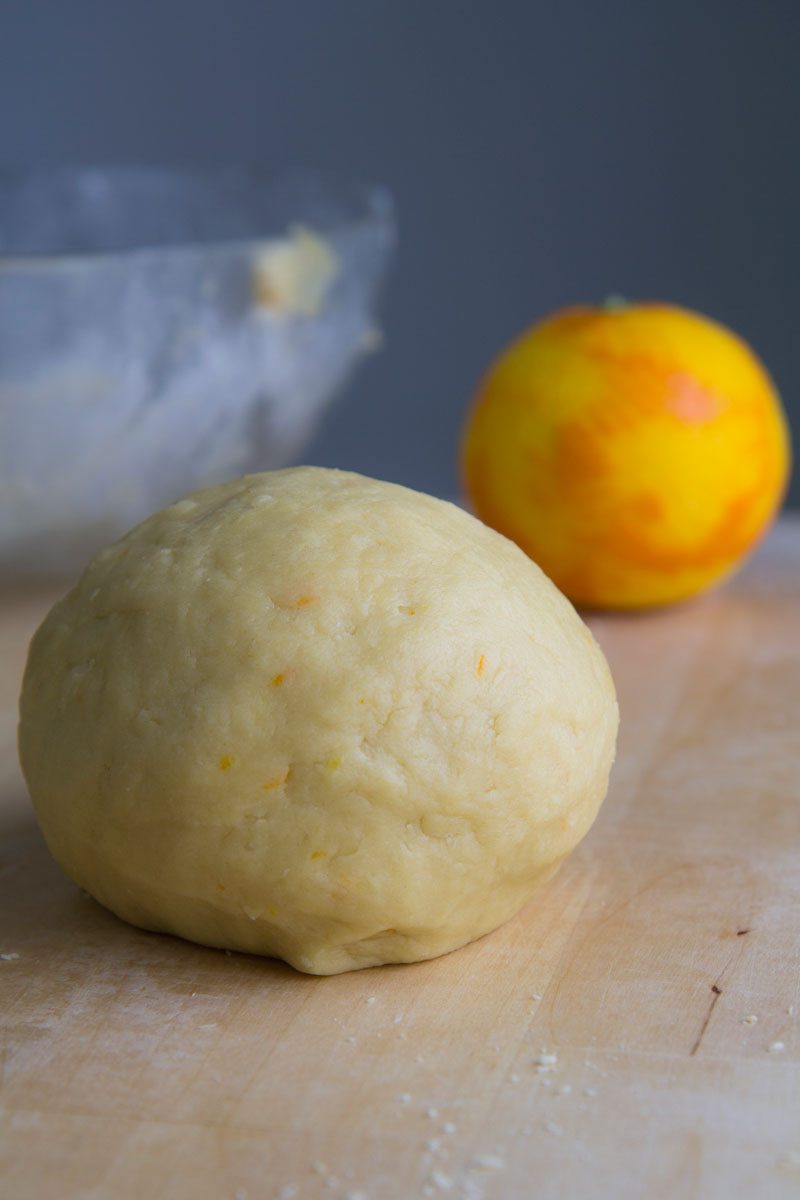 Currently, Struffoli are exclusively a typical Christmas recipe, but only in the Naples territory. This custom dates back to the XVIII Century thanks to the nuns, which have been the habit to prepare these little honey balls as a present for the nobles of the city.

Originally, Stuffoli were prepared all year long, and beyond Naples, they are still prepared for the major festivities, particularly Mardi Gras. 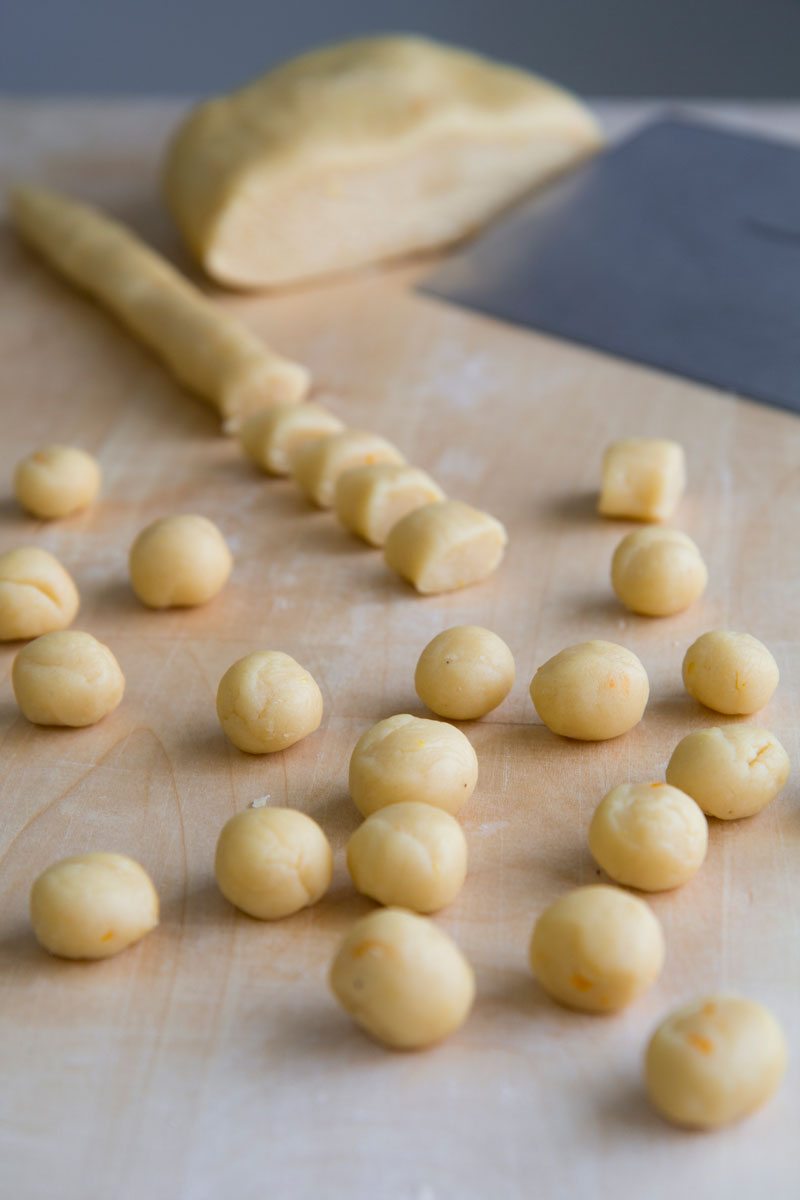 Formerly, Struffoli have been kneaded and fried with lard. Currently, is common use butter instead of lard into the dough, and sesame oil to fry them. Another recent addition is a pinch of baking soda into the mixture.

The traditional liquor to flavor Struffoli is a Neapolitan anise Brew but is not easy to find. That’s is frequent replace anise liquor with Rum. Brandy is another excellent option. 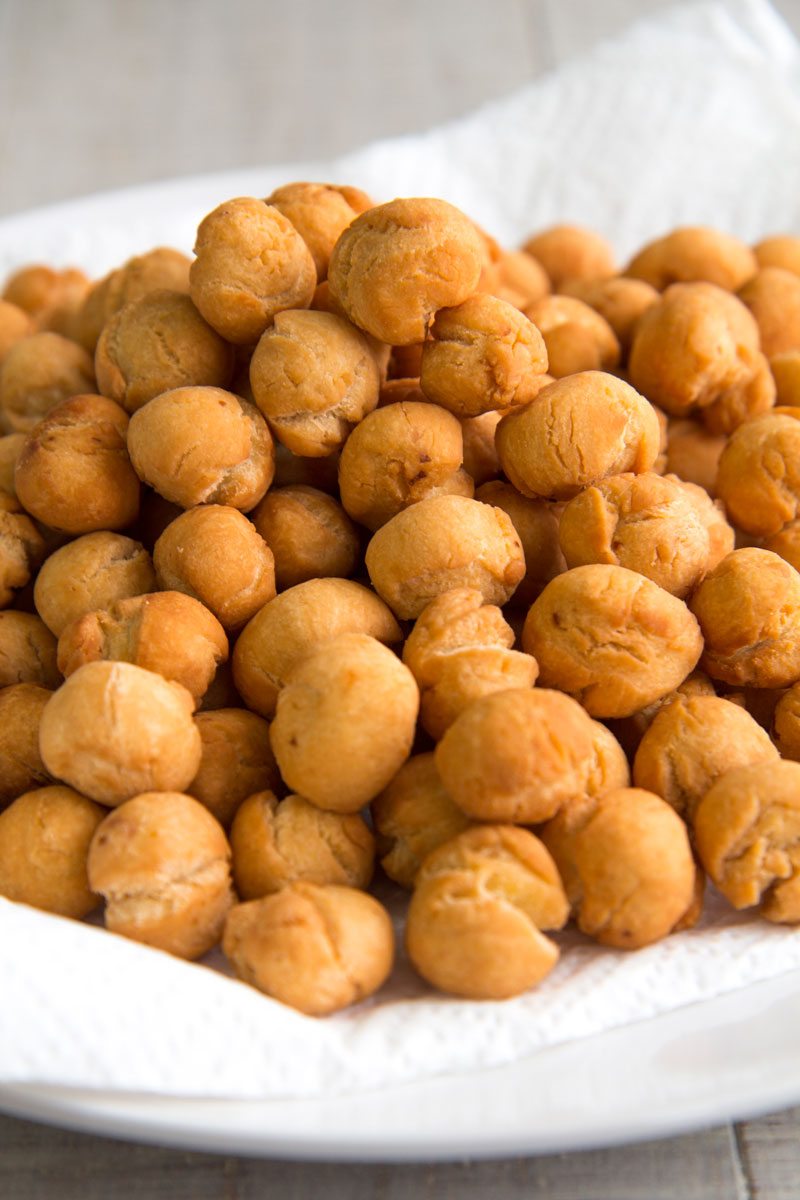 Born in Naples, Struffoli have been spread out quickly into the Southern Italian Cuisines with some little differences.

In Abruzzi, this recipe is called Cicerchiata, because of the shape of this honey balls, similar to Cicerchie, a local bean.

In Calabria, Struffoli are named Porceddhuzzi, and shaped as dumplings that remember little pigs in honor of San Antonio Abate, portrayed along with a piglet in the historic icons.

‘Mpagnucate are the Sicilian version of Struffoli, and typical on Carnival days: the ingredients are almost the same of the Neapolitan recipe, but the result is more crispy. 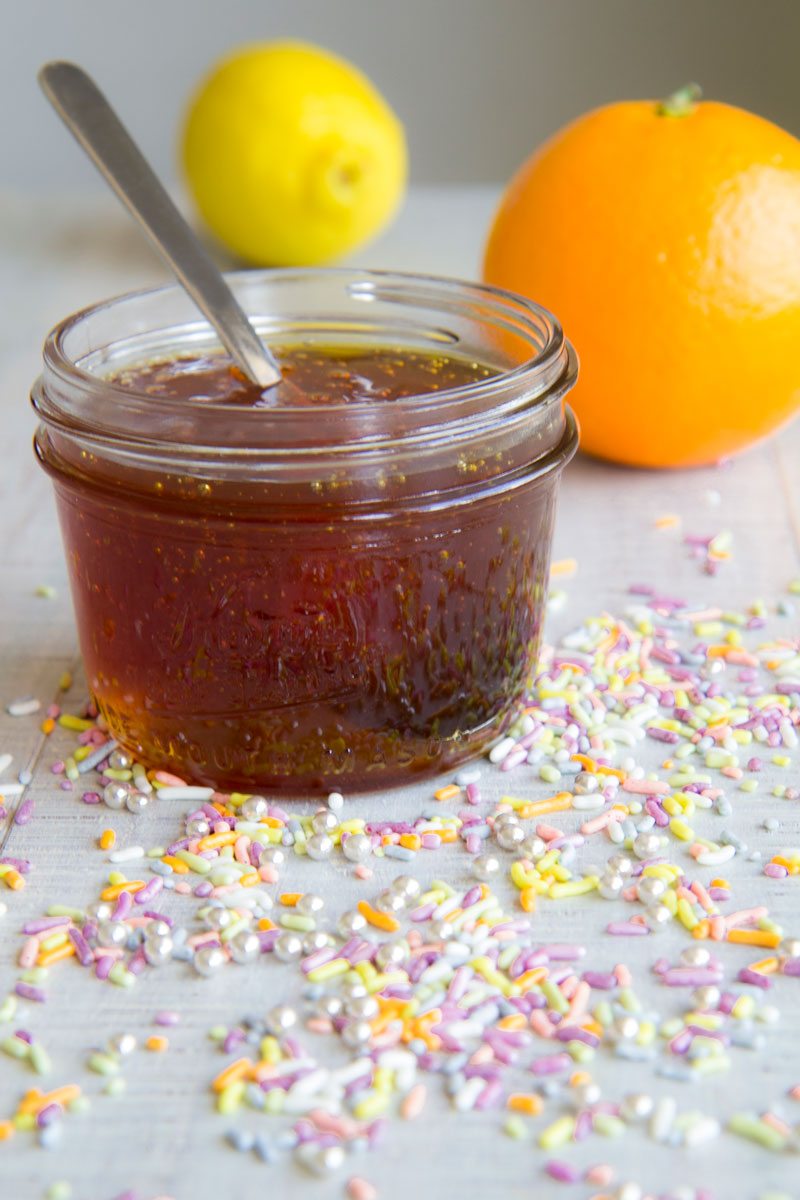 Commonly, Struffoli are stored in a domed glass plate, and shaped into a cone. Another traditional form of this tasty honey balls is shaped like a wreath. On Christmas, an attractive option is inside an horn of plenty made with caramel and crashed hazelnuts. 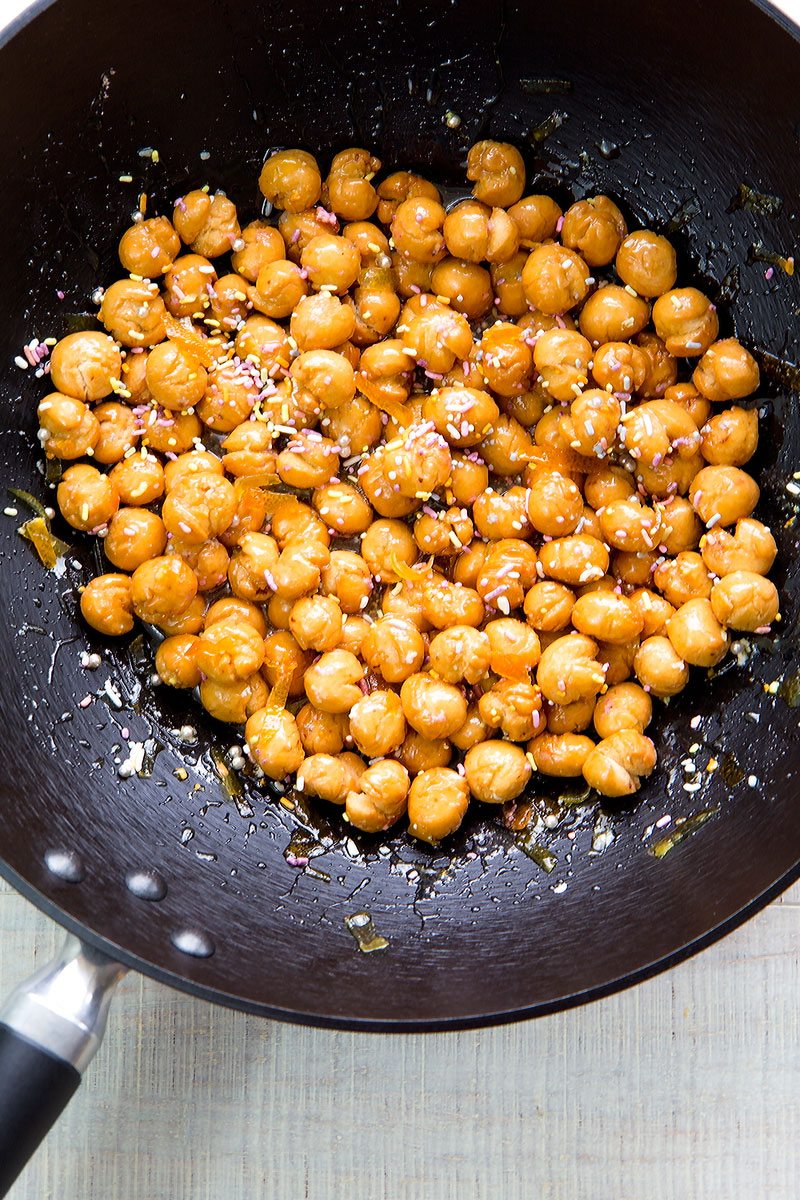