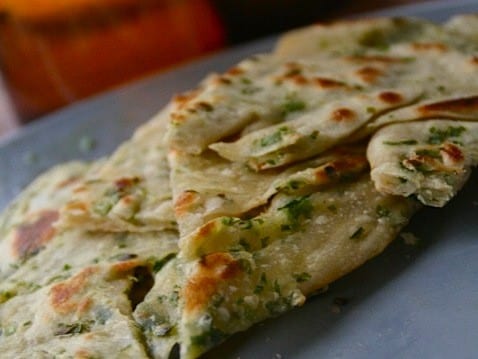 An early heatwave brings a fresh crop of green sprouts to Jessie Chien’s local Chinese wet market. What better recipe to solve an abundance of scallions than the simple and crowd-pleasing scallion pancake?
By Jessie Chien

Green onions, or scallions, are a year-round staple at the wet markets here in China, but vary from season to season in their size, shape, onion flavor and even green-ness. There are usually a few varieties of scallions out on display, ranging from small wispy mild miniature scallion onions to larger, tougher and leafier ones more akin to a leek than any scallion I’ve ever seen in the West. An typical Spring heatwave here in Souther China has brought about piles of greener and more fragrant scallions than the previous months’ offerings. Unable to resist, I needed to find something to do with such a lovely, but more importantly abundant, ingredient. 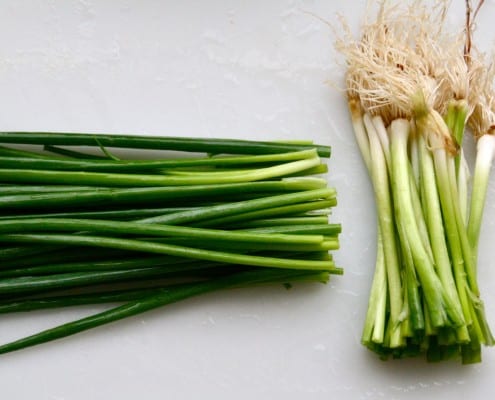 I’m starting to realize the popularity of most Chinese dishes stems not simply from good taste and generations of kitchen tricks, but also from available resources. So, in line with tradition and tastiness, what better way to feature scallions than in the form of a savory, flaky fried pancake! These pancakes will appease even the pickiest of proclaimed Chinese food haters. Though a tasty and globally appealing appetizer today, the scallion pancake has humble, simple roots. After all, flour, water, salt and scallions are not exactly food for the Gods (My Gods, maybe- but not the traditional Chinese ones). 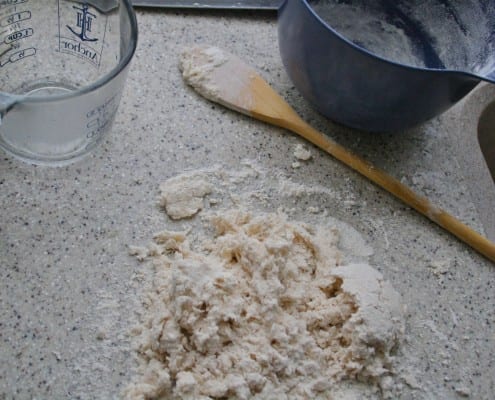 By doing a bit of research, I came to find that what I originally assumed to be a painstakingly difficult process couldn’t be any easier. Kenji over at Serious Eats had already paved the way and tested the waters (literally) with this article. I thought back to all the best scallion pancakes I have eaten, which were always crispy on the outside- golden brown and fried in a nutty vegetable oil, and flaky and chewy in the middle. Scallion pancakes have the unnatural ability to be dense yet fluffy at the same time- and if you’ve ever eaten one you’ll know exactly what I mean. 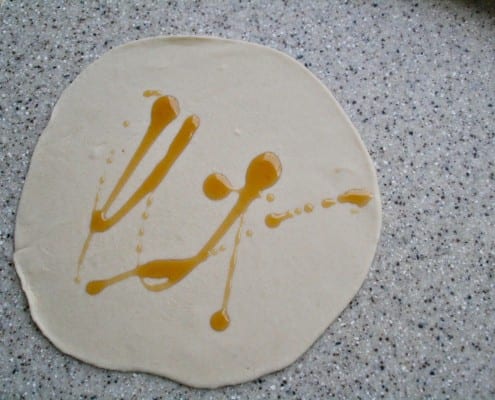 This recipe requires mild attention to detail, in a process easier than that of other layered pastries I’ve tried in the past. There isn’t an emphasis on the temperature of the fat particles rolled in (like cold butter in flaky pie crusts), nor the counting and reiteration of layer upon layer (like baklava). After all, you’re creating a flat pancake, not a puffed croissant. The process is a bit slippery and messy, and through a bit of trial and error, you’ll get the technique for a perfectly round pancake down, pat. It’s an easy, tasty fare that highlights a simple ingredient, a perfect start to Spring scallion fever. 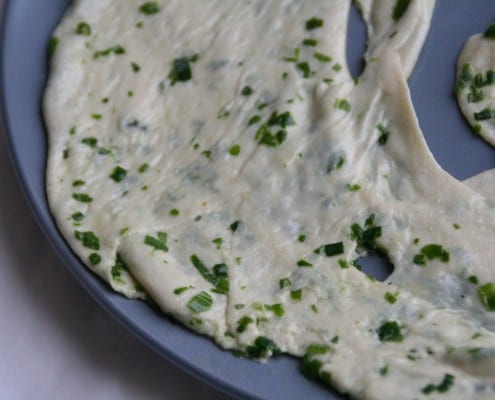