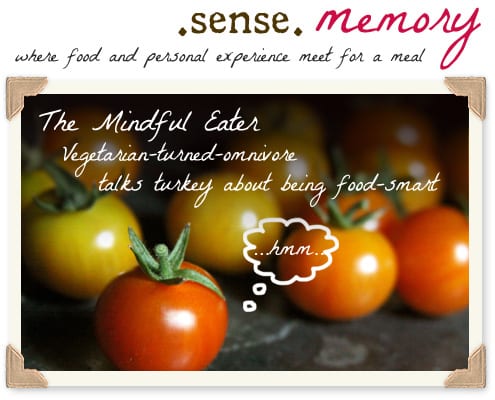 A new year is here, and for many, it’s seen as a fresh start. While many people are resolving to cut back what they eat, consider the opposite – adding more to one’s diet.
By Denise Sakaki

A new year is here, and for many, it’s seen as a fresh start. While many people are resolving to cut back what they eat, consider the opposite – adding more to one’s diet. Meet Jane*, a young, healthy, professional woman living and working in Seattle. Like many people who have taken the time to carefully consider their dietary choices, Jane has been a vegetarian for several years, but recently, she made the decision to become an omnivore. It seems like an unusual decision, but her reasoning is heartfelt and educated, and potentially a sign that others are making similar choices, based on the movement towards improved farming practices. This person’s story is not an argument for or against certain dietary principles, it’s an intelligent viewpoint into being aware of how livestock are cared for, and how that affects our health of body and mind, as well as an inspiration for us all to consider feasting responsibly.

How long had you been a vegetarian? What type of vegetarianism did you follow?
Growing up we didn’t eat much meat. I have no memories of eating red meat, with the exception of corned beef and cabbage on St. Patrick’s Day a few times. Occasionally my mom would incorporate chicken into a meal and we would have a small turkey on Thanksgiving but a meal never centered around meat, it merely complimented the rest of the meal. I have no recollection of my parents labeling the way we ate but reflecting back I would say that aside from a few days a year we were Pescetarians. My older brother became a vegetarian when I was in Junior high. I always looked up to him and mirrored what he did in life so when he decided to stop eating meat completely, I thought it must be the way to go.

I was a vegetarian all through college except during a brief period during my freshman year when I ate meat again and then my first year out of college I started following a vegan diet when I lived next door to a Co-op. I started having things like tofu, tempeh, Morningstar-type brands and miso paste available. When I moved to Seattle 3 years later, I started incorporating the eggs and dairy products back into my diet because of the great availability of locally farm-raised products here. At this point I also started to consider my feelings about locally farm-raised meat but didn’t eat it yet. As you can see from all the back and forth this has been an ongoing battle for me.

What were the reasons that made you choose the vegetarian lifestyle?
When I was young it was just how I was raised and I didn’t think twice about it. Once I was a little older and able to make my own decisions about what food I chose to eat I started to take interest in where my food was coming from and learning about factory farming. The industry greatly disturbed me, and where I grew up in Southeast Idaho you couldn’t go to the grocery store and buy local humanely raised meat like you can now. For me it always came down to not wanting to participate in the horrible reality that is mass factory meat, egg and dairy production.

Explain the course of events that made you incorporate meat into your diet, and how long since you made the change. Why did you feel comfortable embracing an omnivorous diet?
As I mentioned, moving to Seattle I was suddenly surrounded by local humanely-farmed eggs and dairy at stores and at restaurants so when I knew where it was coming from I ate food with either. Right around the same time I read Michael Pollan’s Omnivore’s Dilemma and it really resonated with me. It was at that time that I started to contemplate my feelings about eating an omnivorous diet. About a year ago I finally came to terms with my feelings about eating meat. The reason I had remained a vegetarian for so long was because I didn’t want to take part in the meat industry but now that I was living somewhere that I could eat meat that came from animals raised humanely on a farm near me I felt comfortable starting to eat meat again, occasionally.

Have you noticed any changes in your personal health since this change?
I’ve spent my whole life firmly believing that being vegetarian or even vegan does not prevent you from getting everything you need for a healthy well-rounded diet. I worked very hard to ensure I wasn’t deficient in anything prior to eating meat but nevertheless, I always tended to be low in vitamin D and B12 whenever I would get blood work done. I had to take supplements in order to maintain healthy levels in both as well as zinc and iron. Looking back I wonder if I could have done it without the supplements had I been even more conscious of eating foods that could provide those nutrients, but in the research I did the only natural foods with a reliable source of B12 were foods fortified with the vitamin. This is something that always bothered me a bit. If B12 is vital for healthy body function, then in order for being a vegan or vegetarian to be natural, we should be able to obtain it from plant based foods available to us in their natural state.

It wasn’t until I started eating meat that I realized I hadn’t felt 100% as a vegetarian. On average I would say I eat meat 2-3 times per week and since I started to do this I have noticed increased energy, thicker hair and the depressions on my thumbnails that I had always thought were just a part of me went away within a few months.

What foods do you enjoy now that you never thought you’d enjoy before?
Food has always been a big part of my life; both cooking and trying new restaurants, so the addition of meat has opened up a whole new world for me. Ethan Stowell’s restaurants all have a chef’s choice option that I had never been able to try before this year. I went to Staple and Fancy and experienced this very meat centric event and it was a truly incredible experience. My husband and I have gotten really into cooking authentic Mexican food since he worked in Mexico for 6 months last year. He learned to make so many incredible things, most of which require meat. This may be the most welcome addition to my diet. We have made some amazing Mexican food together using meat from the farmers market and that definitely stands out as something that makes me glad I am now eating animal products. I could go on and on about the amazing restaurants in Seattle that only serve humanely raised meat but one last place I will add is The Walrus and the Carpenter who sources their meat from Jones Family Farm on Lopez Island, and their perfect fresh oysters and fish come right out of the water in the Northwest. I have had so many out-of-this-world meals there since I changed my diet.

Do you think the greater availability of lifestock raised in better conditions is changing the minds of other vegetarians?
Aside from my husband I don’t know anyone else who has made the switch from veg to eating meat. I imagine that those who refrained from meat for the same reasons I did might consider eating animals that were raised humanely but there is also a camp of vegans and vegetarians that have chosen their diet because they believe that we should never kill another living creature. People who are coming from that standpoint would still struggle with eating animal products no matter how good conditions were. My greatest hope is that as more people show interest in eating humanely raised animals, the market for it will increase and business will move away from mass factory production.

Have you had any negative reactions over your dietary change?
Only one person so far. My cousin is a vegan and she does not believe that there is ever a good reason to eat meat. We have had a few discussions about it and have decided to agree to disagree. I think it is wonderful that people continue to live a vegetarian/vegan lifestyle. I just hope that those who do eat meat begin to have more of an awareness of and care more about where it is coming from. Other than my cousin everyone else in my life is mostly just surprised because for so long not eating animal products was so important to me. A lot of my friends are big meat eaters so the response has been quite positive because now they get to share their favorite restaurants and recipes with me.

How has this change in diet affected the way you think about food? Are you as thoughtful about your dietary choices as before?
I am so happy with where I am at with my relationship with food. My life up until now as a pescetarian, vegetarian and vegan helped me gain extensive knowledge about nutrition and cooking without the use of animal products. Having not had meat in the equation for so long allows me to stay away from the all too common mentality that a meal isn’t complete without meat. Meat is a privilege and a treat. I hope that as our society progresses, more and more people learn about where their food comes from and the importance of eating consciously.

Honestly, in order to feel okay about continuing my new omnivorous diet I have decided that I need to experience the process that has to occur in order for me to get the meat I consume. I have started looking into classes in humane animal slaughter and butchering. Until I take one of these classes I am going to feel a bit conflicted about eating meat because I can’t confidently say that I would be able to kill an animal. I don’t think that most people who eat meat could. I’ve never hunted either. I commend people who hunt and use every part of an animal. That takes a deep connection with nature. Who knows, I might chicken out when I get to the animal slaughtering class but I think it is important that I try to do that so that I can fully understand what I am now a part of.

In a world of so many labels that define both diet and lifestyle, what would you name this type of thoughtful eating?
My husband and I joke that we are Michaelpollians but when people ask I explain that I just try to care as much as possible where my food comes from. As a result of this I get the benefit of eating healthy and eating genuinely high quality good food. Mostly plants, but the occasional animal product. In short, I call it “mindful eating” but I guess that is just another way to say “thoughtful eating.”