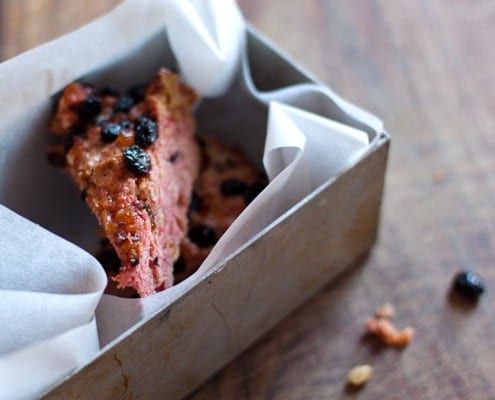 Schiacciata ubriaca is a unique specialty of the Island of Elba: a “drunken” cake, boozy with the island’s own red dessert wine, Aleatico.
By Emiko Davies

With origins in cucina povera, the cake was reportedly invented by a rather creative baker from Elba’s Rio Marina, whose recipe combined two unique alcoholic beverages.

The first and defining ingredient is Aleatico, Elba’s very own sweet red wine, which lends the cake its rosy colour, boozy flavour and name, known in its local lilt as schiaccia briaca (schiacciata ubriaca, or ‘drunken schiacciata’).

Aleatico is made in Elba from a red muscat grape that is also found in Lazio and Puglia. With a long history of Aleatico production on the island that goes back centuries, the sweet, liquorous wine was apparently Napoleon’s only consolation during his 300-day exile on the island. But that’s not the only reason you should try it. The sweet berry and rose aromas and deliciously syrupy consistency will seduce you on its own.

The second liqueur that’s added to the mix is Alchermes, a Tuscan specialty that dates back to the Middle Ages when it was touted as an elixir for longevity. The name comes from the Arabic and Persian words that describe the origins of the striking scarlet-pink colour of the liqueur, originally made from cochineal insects.

The Medici dukes were fond of Alchermes and in the 16th century Catherine de’ Medici even brought it with her to France where it became known as the liqueur of the Medici. The monks of Santa Maria Novella church were known to make it in 1743 and the Officina Farmaceutica di Santa Maria Novella still does – you can still find the most authentic version of Alchermes here today. The cinnamon and clove scented liqueur is still very much used in traditional Florentine desserts, including zuccotto and zuppa inglese (named for the English trifle that inspired this dessert), where it is used as much for its bright fuchsia colour as for its aroma and flavour.

If you cannot get Aleatico for this recipe, it won’t be a Schiacciata Ubriaca but you could substitute any sticky dessert wine. 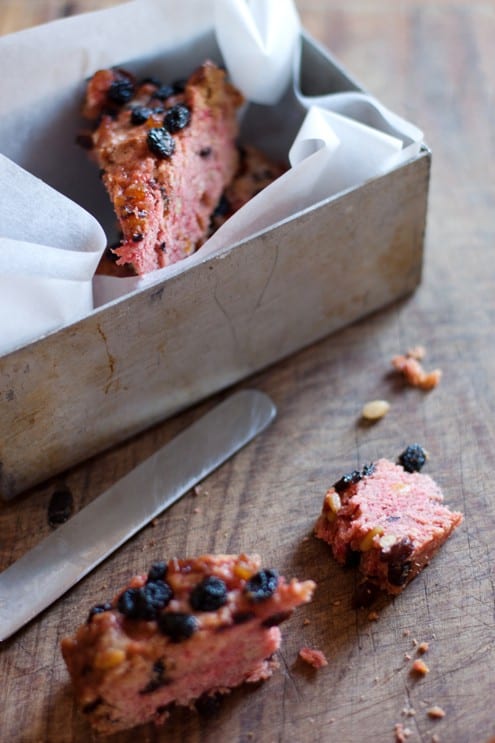 4.5 from 4 reviews
Schiaccia Briaca: Drunken cake from a Tuscan Island