This bread shows the catalan flag, made with a typical sausage meat called “sobrassada” from the Balearic Islands and white bread dough with grated cheese.
By Cinta Farnos 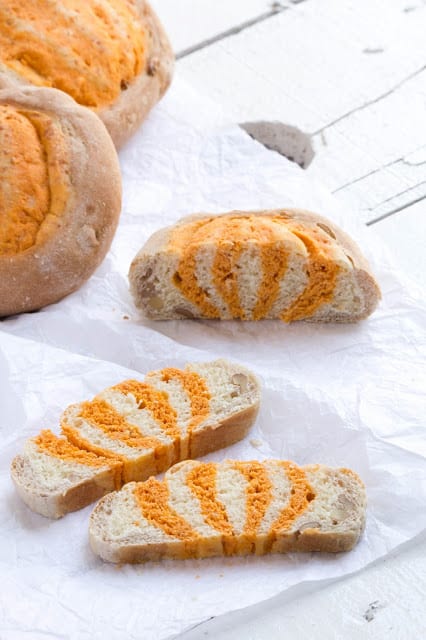