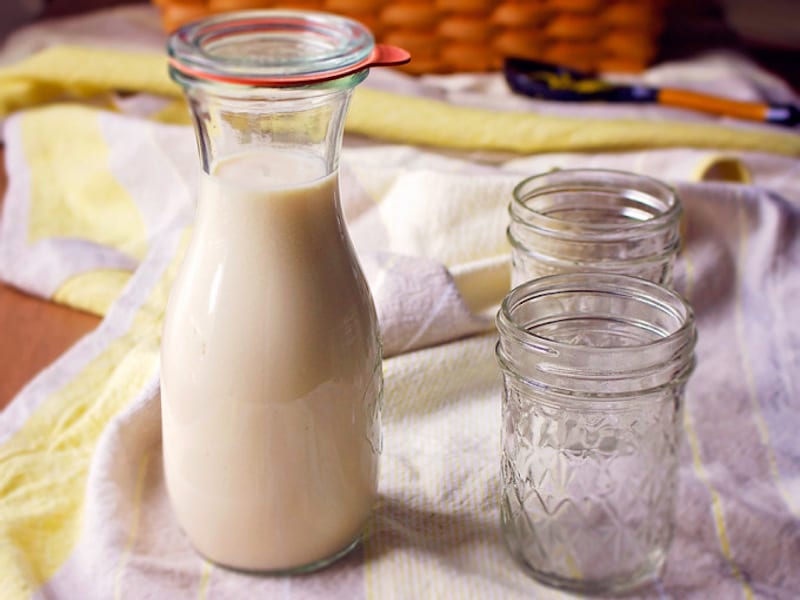 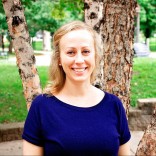 A mom cooking slow food in the fast world. I'm…

For delicious creamy flavor, this Russian milk is baked until it has a caramel color and thicker consistency. A great dessert drink. 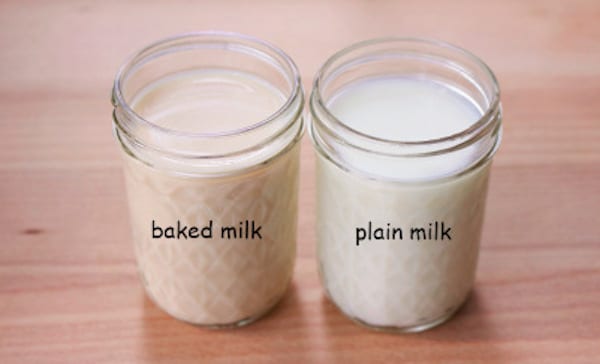 Ryazhenka, or baked milk, is one of the numerous varieties of Russian cultured milk. It is prepared by fermenting milk after it was baked at low oven temperature for 6-8 hours. During that time, some of the water evaporates, and Maillard reaction occurs between amino acids and sugar, which gives milk light brown tint and wonderful caramel-like flavor. It resembles the taste of evaporated milk, if you ever tried it, but I think it’s much better. Traditionally, sour cream is used to trigger the fermentation, but you can also use kefir or buttermilk as well. Sour cream cultures give it a creamier, more yogurt-like consistency. With kefir, you get a bit of that characteristic graininess and a more sour taste.

Ryazhenka in Russia is considered more of a ‘dessert’ drink even though there is nothing sweet about it. But it does have a more delicate, almost addicting, flavor and its creamy texture makes it more of a treat than other cultured milks. Because of that it’s considered to be a children’s drink, and I remember drinking it for poldnik (a 4pm snack) with a piece of sweet bread, or as a light supper with a bowl of porridge and dried fruit. 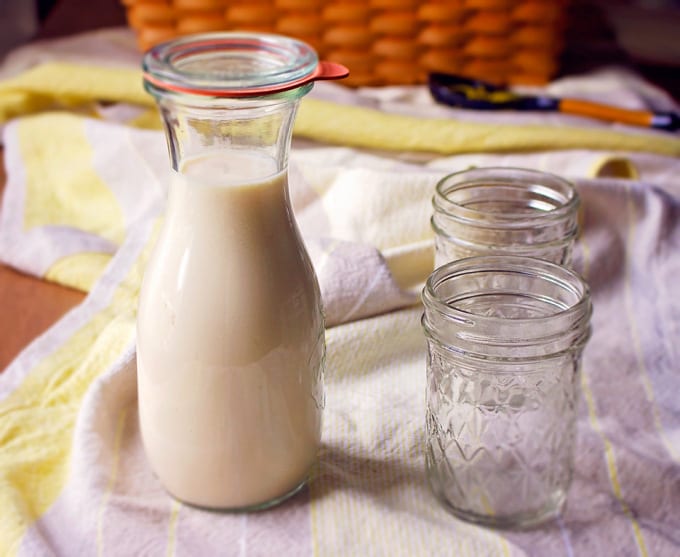 Lactic bacteria responsible for the fermentation of ryazhenka are Lactobacillus delbrueckii subsp. bulgaricus, which is thermophile and anaerobic, meaning that it performs optimally at higher temperatures (40ºC/100ºF) and in oxygen free environment. So if you have a spot in your kitchen where you can achieve that temperature, you can have a delicious probiotic ryazhenka within 3-4 hours after adding starter culture. 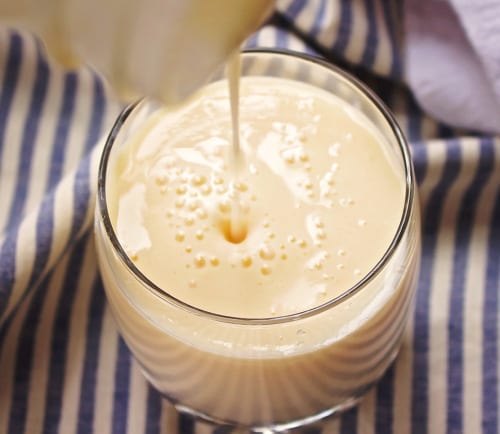 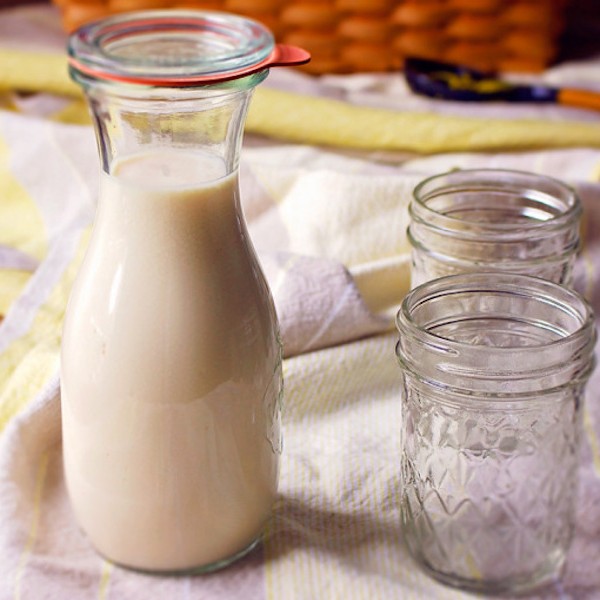 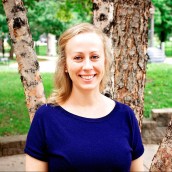 How to Make Golden Milk