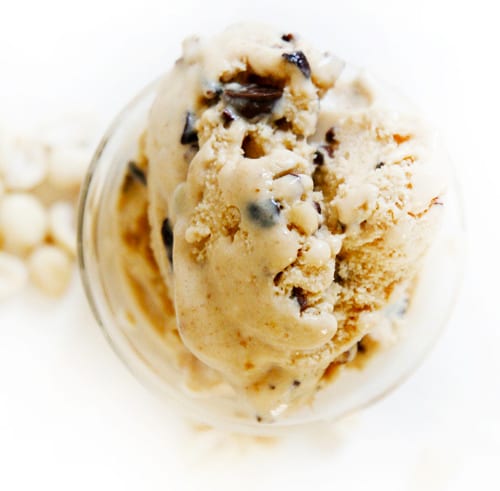 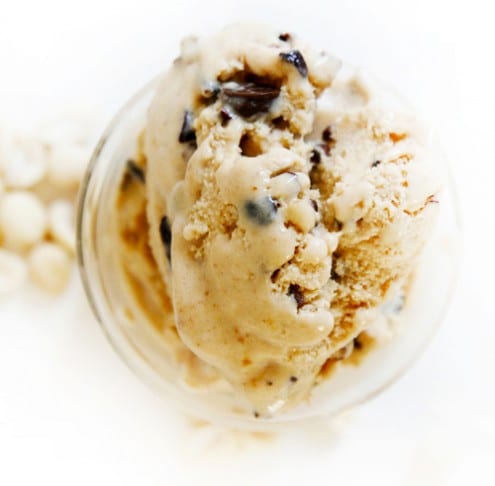 We were celebrating a coworker’s birthday with ice cream and beer when the idea for this recipe popped into my head. I looked around; everybody was smiling as they nibbled through snicker’s ice cream bars, when I realized how long it has been since I made a melt in your mouth, lip smacking, delicious recipe for you to salivate over.

When I started blogging, I was notorious for making cupcakes. My friends would come up with random ingredient ideas; I would whip them up into delicious treats. With time, I grew tired of cupcakes, and became more interested in the idea of making healthier versions of delicious food. The more I read, the more I became convinced that you can have cake, and eat it too!

This recipe exemplifies this principle. Sure, it is a healthier version of ice cream, but who cares, when it is so delicious? The caramel is made with dates, lemon, tahini, and scotch, for a decadent combination of flavors that will take ice cream to a higher level. Peanuts and pine nuts add crunch, and a bit of bitterness to balance everything out. Each bite is an unexpected combination of flavors! It is an adult version of snickers you can feel good about eating.