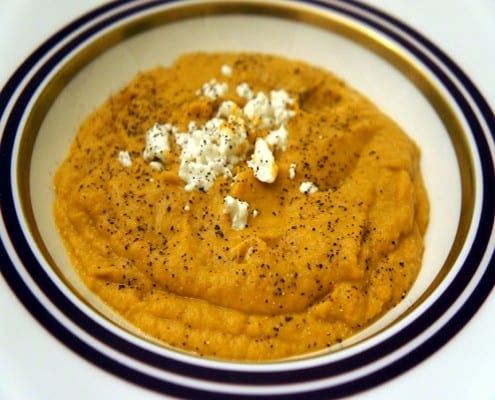 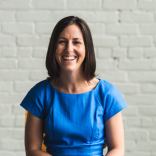 Ashley Gaudiano is an avid food blogger based just outside…

This simple soup is sensual and aromatic, bursting with Middle Eastern flavors of eggplant, chickpeas, cumin, nutmeg and tahini.
By Ashley Gaudiano

Eggplant is a go-to ingredient for me. It is such a versatile food and can be used in almost any course. It bursts with flavors, regardless of whether it is roasted, baked, or sauteed. The eggplant used in this recipe is no exception. Roasting the eggplant with chickpeas, onions and a blend of cumin, nutmeg and sea salt resulted in a fabulous, aromatic set of flavors and smells.

I have been trying to pay more attention to my senses as I cook because I don’t feel like my words adequately convey to you the sensual nature of my recipes. I am filled with a gratifying, overwhelming feeling of success and love for this food. Not always, trust me, there are many a times when I think a recipe was a bust. But sometimes, just sometimes, I feel like I hit the nail on its head. I think I hit it big with this soup. The flavors flow together so perfectly and in such cohesion that I was momentarily dazed, unsure of whether this soup was too much. I ate a second bite and the smells flooded my nose, first the eggplant, than the chickpeas. A bit of lemon too. The tahini added to the flavor of roasted vegetables perfectly, accentuating the already present Middle Eastern flavor. I quickly decided I couldn’t get enough. Served piping hot, with freshly grated aged cheddar and a large slice of homemade french bread, I hope this soup hits it big with you too. 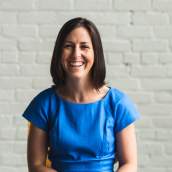 Ashley Gaudiano is an avid food blogger based just outside of New York City. She is passionate about cooking with healthy, organic ingredients and creating recipes for the everyday chef. Ashley believes in food as a powerful connector of people and as a means to transform one's own health and happiness. You can read about her adventures in and out of the kitchen at her blog, Simple Food Healthy Life.