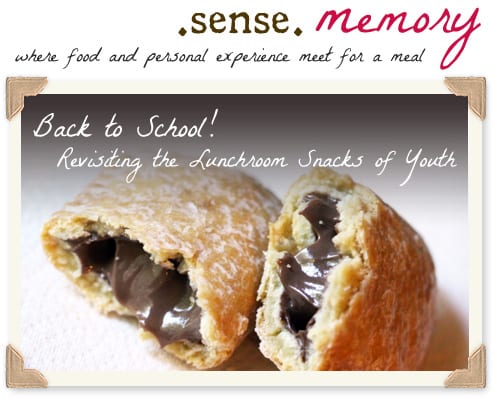 Sometimes you yearn for the past, like a well-aged John Hughes movie, and you wonder if those favorite snacks as a kid are still as good as you remembered. So let’s take a sugar-coated, fake cheese-dusted walk down Memory Lane, shall we?
By Denise Sakaki

“I’ll trade you… one bag of Cheetos for one Twinkie.”

“One Milky Way for a package of Fritos and half a Hostess cupcake.”

“You, with the apple – get out of the lunchroom!”

It’s been a long time since I hit the lunchroom trading floor with my rust-eaten metal Disney “Fox and the Hound” lunch box. Certainly nowhere near as cool as the “Clash of the Titans” metal-embossed design with a heroically oiled-up pre-“LA Law” Harry Hamlin riding a majestic winged Pegasus, but I stand by my Walt Disney cred. A friend mentioned how she saw parents escorting their children to the first day of school and my mind went back to those halcyon days of pre-packaged, preservative-injected snacks of lunchroom yore. A time before words like organic, gluten-free or melamine danger ever entered our daily vocabulary. I admit, it got me longing for simpler, less-educated days when convenience won out over nutritional common sense, so I decided to slip into that “Hot Tub Time Machine” to try and relive the magic of School Lunch Hour.

I can’t remember the last time I had an Oreo cookie, or browsed the Hostess snack cake options with actual intent. I entered the grocery store as a Stranger in a Strange Land, skipping past the fresh produce aisle, the butcher section, all the places where purchased food has the helpful indication of rot and decay to let you know that something has gone awry. Initially I was at a loss to find typical lunchtime snacks because they’re so often placed near aisles with products having  nuclear winter shelf lives, like distilled water and chicken-in-a-can, but there they were, conveniently marked with big Back To School signs. I admit, I was nostalgic to see the old favorites – pink-dyed coconut Sno Ball cakes, mini chocolate Donettes covered in an eerily shiny glaze, the tragically hip Chester the Cheetah, with his ever-present shades  on the Cheetos bag (did we ever see if he had eyes??). I grew up in the post-Baby Boomer era that embraced modern convenience, which begat the television generation who was literally fed by advertising. My mother wasn’t a bad parent — I wanted these things as a kid because the ads were appealing and my peers were eating the same things.And I’m not going to lie – I loved every sugary, over-salted bite for more years than I should dare to admit. But common sense and food intelligence eventually wins over, you say goodbye to convenience food and you move on. But sometimes you yearn for the past, like a well-aged John Hughes movie, and you wonder if those favorite snacks as a kid are still as good as you remembered. So let’s take a sugar-coated, fake cheese-dusted walk down Memory Lane, shall we?

Then:  Cream-filled snack cakes and cookies were easy currency with which to trade for different sweets or something savory, like potato chips. Because somehow Mom thought factory-produced chocolate chip cookies were better than cheese doodles. Either way, this mainlining of processed sugar was clearly the logic behind recess after lunchtime.

Now: Upon first bite, I thought, these pastries would make Baby Jesus cry. How did we ever accept snack cakes as actual baked goods? Oily and impregnated with whipped mystery-animal fat, one bite and your whole mouth is slicked with a coating that could protect the Space Shuttle from atmospheric re-entry.  And the so-called cookies were bland, dry, soulless hockey pucks attempting to be endearing by being made into cute miniature sizes. I was fairly certain if I crumbled the cookies and mixed them into a slurry, I could give road asphalt a run for its money.

Then:  Chips, twists, puffs, rings in every 1980s imaginable novelty shape and alarming color possible. A bland cheese and bologna sandwich wasn’t complete without a sharp injection of salt and crunch to liven up the lunch experience. That first hit of intensified sodium hitting the palate… my god, it’s what made you feel alive before guzzling three Capri Sun drink pouches to counteract the saltiness.

Now:  Oddly, the savory talons that hooked into me as a grade schooler has yet to release its high blood pressure claws from my arteries. I felt like a reformed junkie falling back into the doom of substance abuse, thankful that I only got the snack-sized bag of cheese puffs and not a full-sized one. After the sodium high of Riding the Snake subsided, I did notice the snack-sized bags have gotten larger. Reality set in and the thought of eating one of those a day with a sandwich put a rude harsh on my mellow.

Then: Full-sized candy bars, ice cream sandwiches, pudding cups, custard or fruit-filled hand pies. These were the Blue Chip commodities with which to trade on the lunchroom floor. You weren’t trading for other food, you were probably giving up your favorite Matchbox car or paying off some bully to ensure you weren’t underwear-wedgied to death. If grade school were like some scary prison movie, you’d probably own someone for a pair of Reese’s Peanut Butter Cups.

Now: I had a hard time finding “The Good Stuff,” at least in single-serving sizes that didn’t include enough to feed the Green Bay Packers during a snack run. I mainly wanted to find the old-school pre-packaged apple and cherry turnovers – they used to be placed right by the checkout stands, a temptingly convenient impulse buy, but now we’re far more tempted by other junk, like what those wacky Kardashians are up to next. I eventually found the desserts tucked away in an odd corner of the bread section, a pastry purgatory. Of all the snack foods I was revisiting, this was the one that filled me with the most trepidation. Would it still hold the illicit thrill of having a whole dessert to oneself during school lunch hour? I got the best of the hand pies, the chocolate custard-filled one, and whisked it away to eat in my Shame-ber of Secrets, aka, my living room couch. My mom never bought these. They were too much of a dessert for school, and they always seemed gigantic to me as a kid. I split the pie in two, wondering if the inside custard had just turned into a dry, turd-like wedge, but it was oddly creamy and rich, as if it were just-made, and then I shuddered to think of what chemicals were in this thing to keep it so shelf-stable. The flavor was all caked-on sweetness – if I were blindfolded, I wouldn’t have been able to say it was chocolate or sugar-spiked elementary glue. The moment did have an illicit feel to it, but more because I was an adult who knew better and was eating this Real Food Contraban in the privacy of my own home.

One bloated belly and a strong bout of indigestion later, I can’t say this made me long for the lunchroom of my youth. Sometimes nostalgia is just that, and should be left in mothballed memory boxes and scrapbooks. Aside from the unpleasant sluggishness after eating all that junk, the thing I noticed was how flavorless everything was. It was either intense sweetness or saltiness, no impression of whatever went into making these items. I’m not ashamed of a childhood punctuated by poor snack choices, nor am I regretful that I subjected my body to another harsh round of mummification by food, it just makes me that much more thankful for a meal built with whole foods and genuine flavors. And kale chips are always great in a pinch.